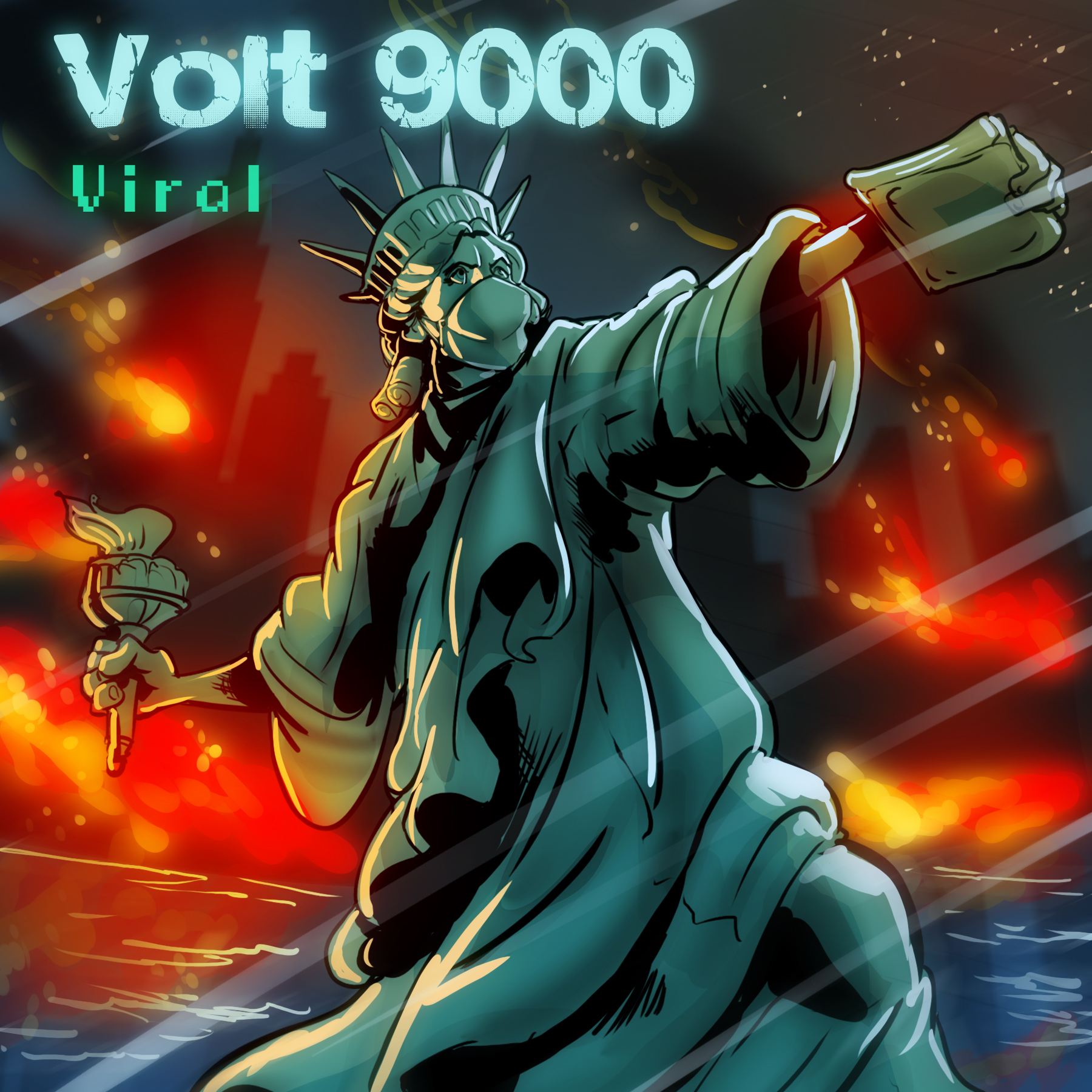 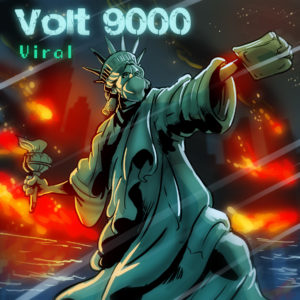 Volt 9000
Viral EP
Tigersquawk Records
We were disappointed to hear that Cory Gorksi’s Volt 9000 was going on hiatus back in the fall – their 2017 LP Deformer was the mutant industrial project’s most accomplished and focused effort to date. Apparently Gorski couldn’t stay away, and we have a new EP of Volt 9000 material to thank for it. Featuring five guest vocalists, the music on Viral feels very in-line with V9K’s established themes and sounds; opener anti-consumer screed “Product” is the kind of glitchy post-industrial number the project has had on lock for a decade (with the addition of screeches and hysterical ad libbing from The Gothsicles’ Brian Graupner) while IOIOIOI guest feature “Broken Parallels” is an atmospheric number of the kind Gorski was plying in the Conopoly era. That said, the addition of guest vocalists helps bring out some different aspects of the project: see how Daniel Belasco of Glass Apple Bonzai’s smooth crooning on “Goodbye Nobody” suggests electropop, or how Evan Johnson of Ecdysis adds some harsh yells that bring out the harshness of the grinding industrial rock title track. It’s during Ryan Clark’s extended monologue on the precarious state of our environment that Volt 9000’s relevance becomes clear; Gorski has never shied away from addressing difficult topics in clever and catchy ways. If there was ever a time for a project like Volt 9000, it’s right now. 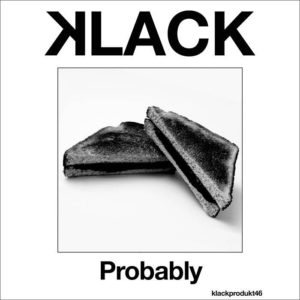 Klack
Probably
self-released
The word on Klack and what they excel at is pretty firmly on record by now. Even more casual punters who might not have checked Matt Fanale or Eric Oehler’s work in Caustic or Null Device respectively have undoubtedly heard the duo’s combination of EBM, Eurodance, synthpop, and Hi-NRG on countless livestreams this summer. Said streams are getting a re-up this weekend in the form of Probably, a six-track EP which showcases just about each of Klack’s throwback modes. The KLF homage “Rhythm Of The System” continues their excellent “dance songs about dance music” run, while on the synthpop tip adding some sleazy “Policy Of Truth”-type slink to “Faith In Me” gives its otherwise earnest lyrics a sinister bent. Nods aside, the boys are still putting their own spin on the composite sounds, and it’s pretty much impossible to imagine anyone else kicking up drippy pads and orch hits with Mitchell and Webb silliness as they do on “Nummerwang”. Closing things out with fantastic house piano and drum fills on “Hello Let’s Go”, Probably reminds us of the very clever trick Klack have pulled by tapping into sounds which invariably connote easier halcyon times but which take serious craft to recreate. If it was easy, everyone would do it. 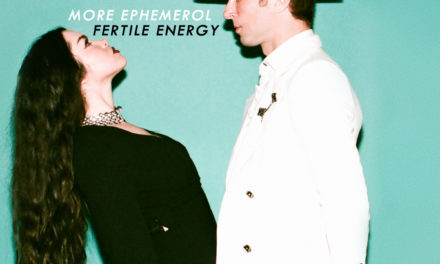