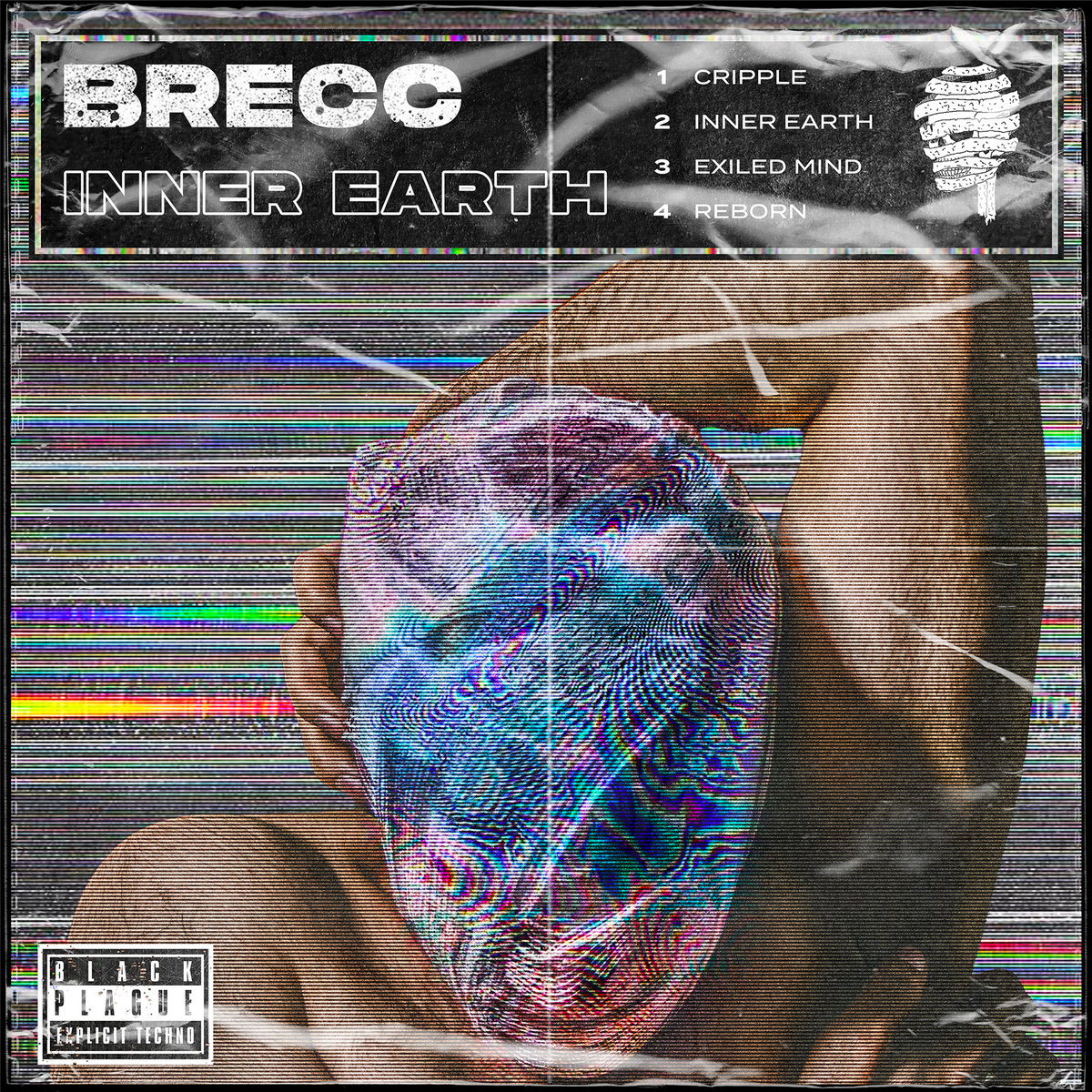 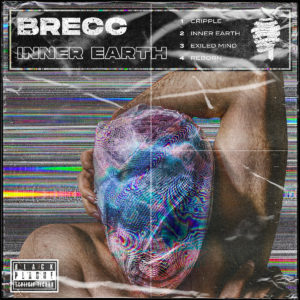 Brecc
Inner Earth
Black/Plague
Brecc deals in maximalized industrialized techno with busy rhythms and frantic programming. The Dutch producer’s latest EP Inner Earth doesn’t deviate vastly from his previous releases; the four tracks are all full-bore dancefloor bangers with crunchy percussion and caustic acid-lines slicing through them. Where there interest to industrial fans lies isn’t in a hybridization of styles, but more so how closely Brecc’s productions remain techno while invoking industrial. Listening to a track like “Reborn”, it’s undoubtedly a techno track in terms of style, but the massive spiky hits, scraping synths and deep, crushing kicks bring any number of rhythmic noise classics from Ant-Zen or Hands to mind. Similarly, the wound-to-breaking-point-tight bassline of the title track has a touch of classic electro-industrial in it, at least until the resonance turns up and the track becomes a full-on acid workout. Most interestingly, opening track “Cripple” works a shredded synthline to the bone before a tense breakdown resets the track to pure drums, bass and a scraping noise sample somewhere between a warning klaxon and the screech of a bird of prey. It’s just solid, peel-the-paint-off-the-walls techno that should hold plenty of interest to hard electronic music fans beyond that genre’s borders. 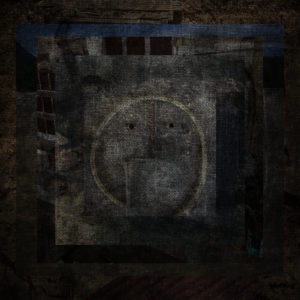 Azfarat
Shambles
self-released
It’s common enough to find dark ambient that points to states of depression and spiritual isolation, but those sorts of themes are often grounded in high-falutin’ philosophical abstraction or references to ancient or non-existent realms (not that there’s anything wrong with that). The new record from Caldon Glover’s one-man Azfarat project is refreshing (if not exactly uplifting) for its focus on poverty in contemporary rural America. It isn’t just the samples of down on their luck folks talking about their lives and troubles that puts the concept of Shambles over, though. A mix of drones, field-recorded ambiance, and the odd acoustic element combine to create a record that’s restless, but invariably tethered to its own origins. A real sense of place and even lyricism is woven across tracks like “Windmill Unfolding” and “Old Alma’s Silo”, with affecting harmonies and figures emerging from the dusty landscape, only to return from whence they came. Quiet desperation and the intractability of time, place, and class stay in tension with each other, and while transcendence seems impossible, moments of quiet peace and beauty do emerge.