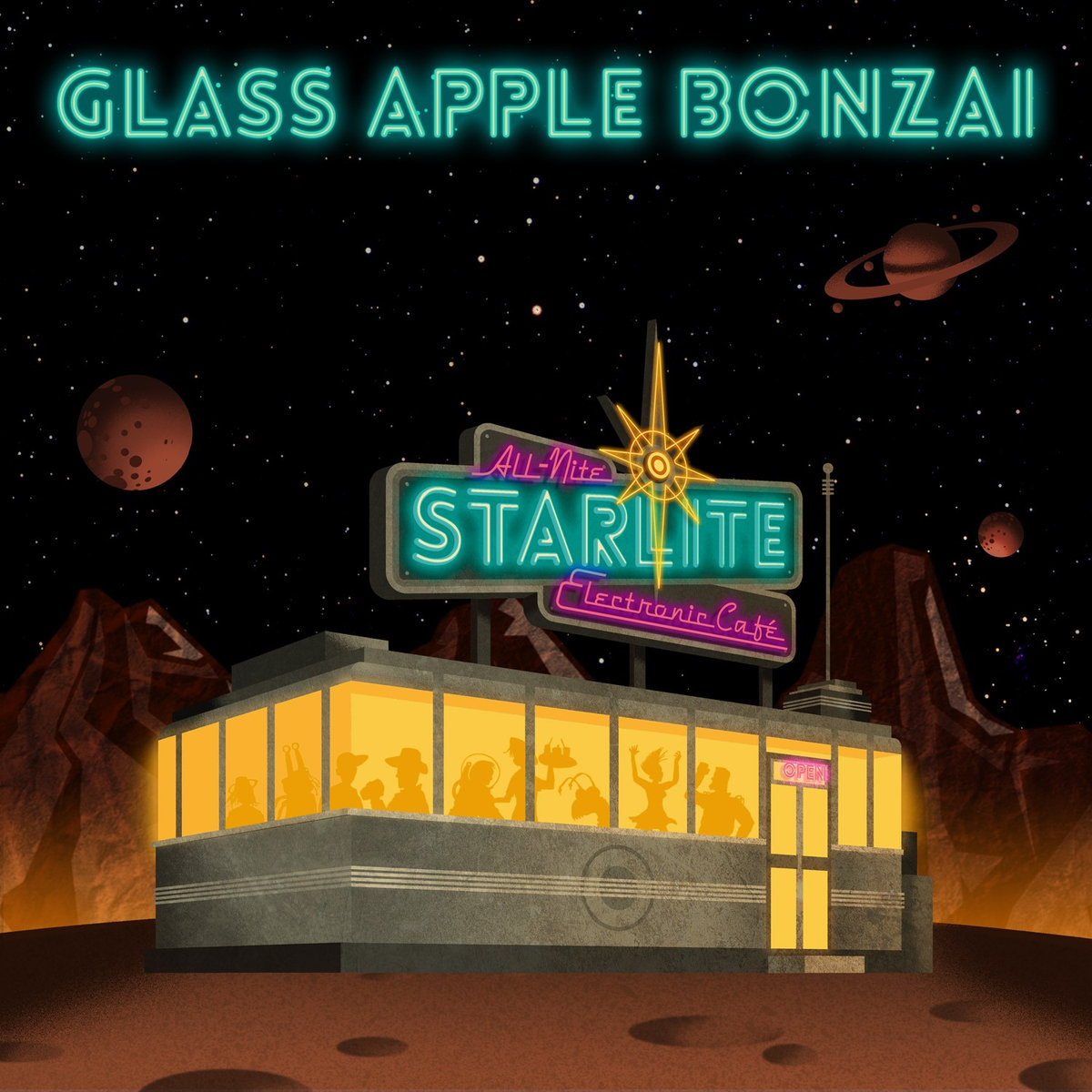 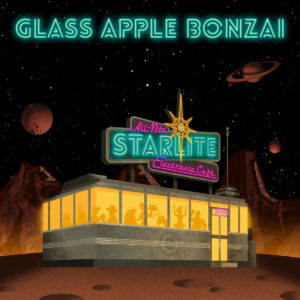 Tomes could be written (and likely are being written right now) about the rise and uncertain future of synthwave. The way in which the conscious throwback to heavily stylized 80s synth markers does and does not intersect with the aesthetics of artists whose work predates it poses a variety of questions. On the surface, the retro synthpop of Daniel X Belasco’s Glass Apple Bonzai would seem to mesh perfectly with all of the neon glow and vector graphics a savvy designer could muster. But, even as fourth LP The All-Nite Starlite Electronic Café gives winks and nods to synthwave, the core of the record remains rooted in the majestic, otherworldly, and ultimately soulful synthpop upon which Glass Apple Bonzai was founded.

As with previous releases, Belasco engages with a crystalline, uncomplicated vision of classic synthpop on Starlite Electronic Café. The direct line from Kraftwerk’s efficient electropop (to which the album title even seems to directly allude) through to acts like early Human League and OMD and onwards to GAB isn’t hard to trace; check the punchy synthline and tight sweeps over an ascending and descending bassline on “The Mind of a Liar”, or the robot funk that underlies the mid-tempo swing of “Beyond the Twilight”. When the album branches out it’s into complementary areas, like on the italo-flavoured cosmic closing track “Starlite” or the FM-readio ready blue-eyed soul of “This Love”.

GAB’s defining feature remains the dividing line which separates the band from the established synthwave herd: Belasco’s vocals. It’s not just the warm, enveloping croon of his baritone which had made Glass Apple Bonzai such a singular quality on the North American scene, let alone the Canadian one; it’s also how the songs are constructed so as to present them in their most anthemic and commanding light. A tune like “Beyond The Twilight” doesn’t just benefit from the groove, texture, and melody of Belasco’s vocals; it’s wholly constructed around them. While so much synthwave (both its legitimately underground precursors and its contemporary stars) is created using dance track structures and builds, Belasco has always been a pop songwriter in the best possible sense.

For all the aesthetic concerns inherent in engaging with throwback genres, it’s that strength as a songwriter, arranger and performer that makes Glass Apple Bonzai, and consequently The All-Nite Starlite Electronic Café work. However you want to slice up the record from a genre-perspective – synthwave, or synthpop or some union of the two with extra ingredients thrown in – it’s the quality of the material and the precision with which it’s delivered that are its calling card. More down the pipe than some of Belasco’s previous excursions, it might be the purest distillation yet of his vision of a musical future long since passed. 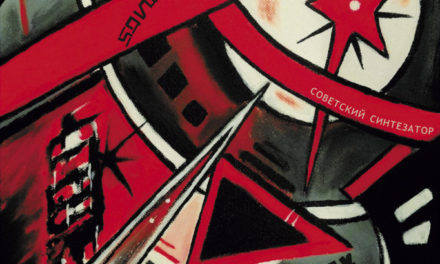