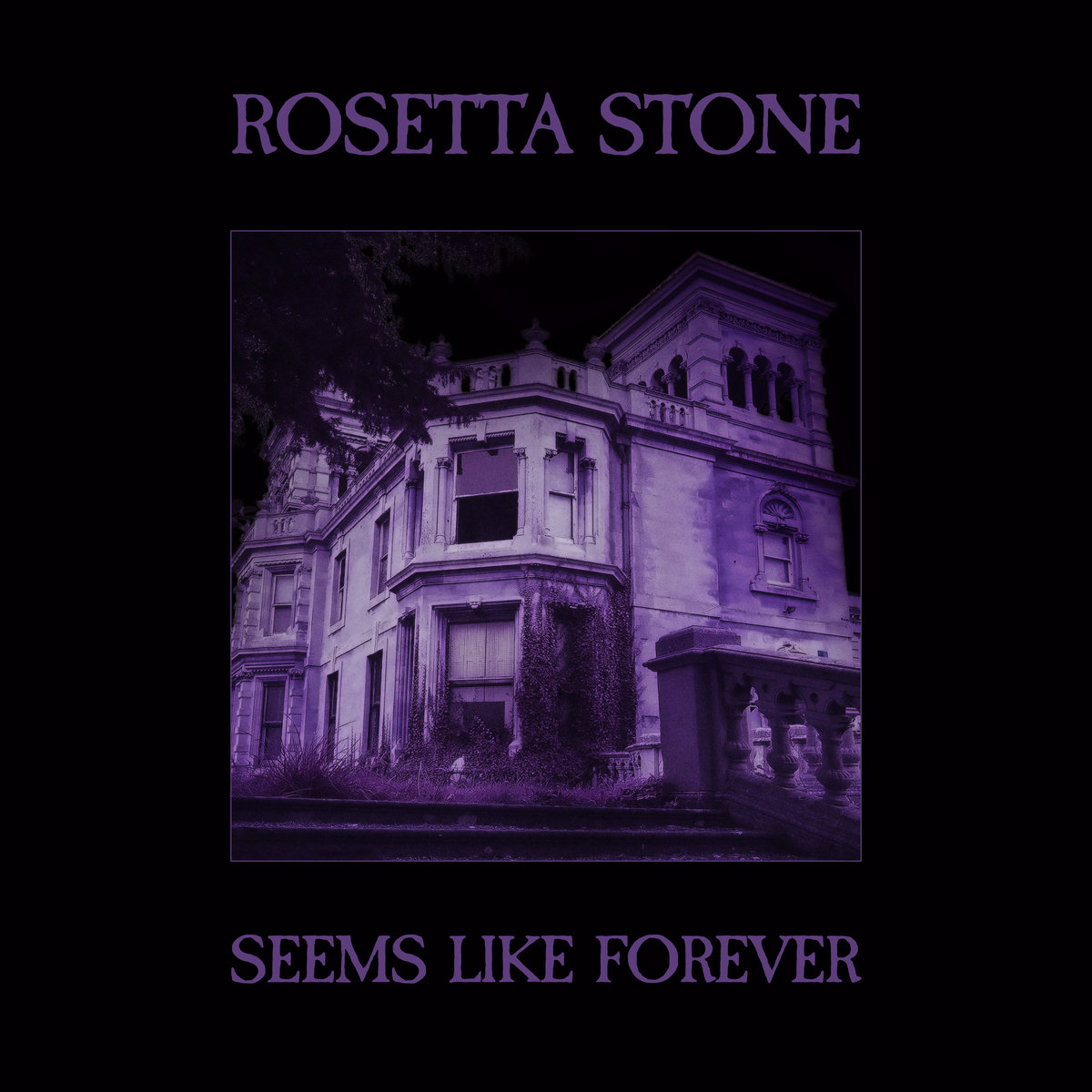 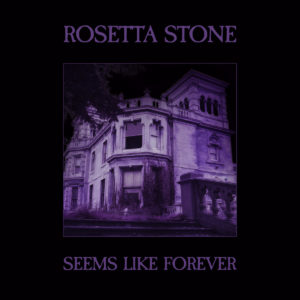 The title of the new Rosetta Stone album says it all, at least historically. Porl King’s landmark second wave goth rock project has lain fallow for nearly twenty years, and in the interim King’s distanced himself so completely from the musical and cultural world which both birthed and was shaped by Rosetta Stone that the question of new material from the band was effectively moot. The title and cover of Seems Like Forever seems, at first glance, to rewrite that whole history. Porl looks to be making a prodigal return to the romantic and propulsive sound he’d long ago forsaken. Everything will be forgiven, winklepickers and crimpers will be passed about, and we’ll have a whole new album of second wave goth perfection. But…it’s not that simple.

Despite his self-imposed exile from the trad UK goth scene, King’s spent the past ten or so years crafting and releasing music as miserylab and In Death It Ends, solo projects whose output is perhaps adjacent to but not wholly of that world. That both projects have managed to conjure gloomier, more depressive, and more claustrophobic moods than Rosetta Stone ever did points to the idea that King didn’t need to be goth. As it happens, Seems Like Forever is in fact effectively a revisitation of miserylab highlights, comprised of rerecordings of tunes originally released between 2008 and 2011. So: is the record a new Rosetta Stone LP? Certainly: it’s been released as such by the one consistent bearer of that venerable moniker, who clearly sees some salience or merit in it for the first time in what seems, yes, like forever. Is it a miserylab compilation? Also yes: the political drive and stoic instrumentation which defined that project is entirely retained, and the spirit of these new versions is true to that of their predecessors. This is a taxonomically tricky record, to say the least – let’s dig into the actual music.

Those unfamiliar with miserylab may be struck by how direct Seems Like Forever is, both musically and lyrically. Sure, Porl had already moved away from the pentatonic, pedal-driver swirls of early RS material by the time the project was winding down, but tunes like “Making A Bomb” and “Children Of The Poor” are another thing entirely. Built around thudding bass loops underscored by the repetition of lyrical refrains, they’re unyielding and resolved slabs of post-punk. And if that sounds oppressive, check the lyrics. “Fuck the children of the poor / Severing the vein / The cremation of care / You’ll never understand / You’ve never been there / We’re not all so well connected” That so much time has elapsed and new effort has gone into these songs only makes their pertinence seem more bitterly ironic. miserylab marked an abruptly political turn in King’s songwriting, and a good portion of those tunes were directly tied to the news of the day: post-meltdown austerity, the 2011 riots, and even the hoody panic. The UK’s social, political, and economic fortunes certainly don’t seem any brighter nearly ten years on from this sound of the pond, and I’d hazard that King’s decision to let the lyrics stand unchanged indicates he feels the same.

This isn’t to say that Seems Like Forever is an indulgence in retrospect for its own sake – new colour and depth has been added in the rerecordings, moving away from the sparse minimalism of many of the originals. A large part of the original miserylab ethos were King’s self-imposed restrictions on what gear and how much time could be used to record a track. It’s clear from the range of sounds on Seems Like Forever that this rule’s been (understandably) suspended for the Rosetta iteration of these songs, and it’s interesting to revisit them from a slightly lusher perspective. A track like “What Is The Point” was certainly catchy enough from the get-go, with its sing-song synths on the chorus offering a pithy counter to the song’s lyrics about futility, but on Seems Like Forever it feels like it’s finally been given space to allow its melodic side to rise and expand, while King’s vocals take on a richer and more reflective croon. The furtive and punchy “Tomorrow For Us”, on the other hand, has the freedom to sharpen its fangs and claws, allowing drums and vocals to strike harder as they emerge from a more textured bed of synths and guitars.

Anyone who’s listened to as much of King’s work over the years as yours truly could go around the bend trying to figure out what Seems Like Forever portends. A permanent merging of the miserylab and Rosetta Stone catalogs? New material under the RS banner which avails itself of King’s more recent stylings? It’s anyone’s guess, and both King and his fanbase seem more than happy to just allow this moment to breathe. I’ll admit that I was a bit taken aback by the nature of the first Rosetta Stone LP since The Tyranny Of Inaction (recently discussed on this site’s podcast), but the execution of this material, representing the best of an overlooked period in King’s career, can’t be argued with. In any guise, under any name, King remains a singular composer of dark rock and it’s a boon to have him reclaiming the spotlight. 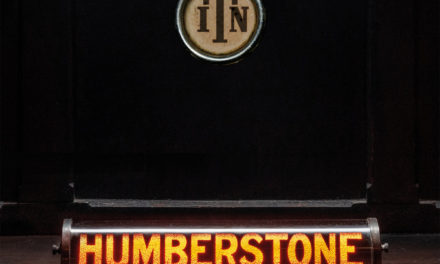