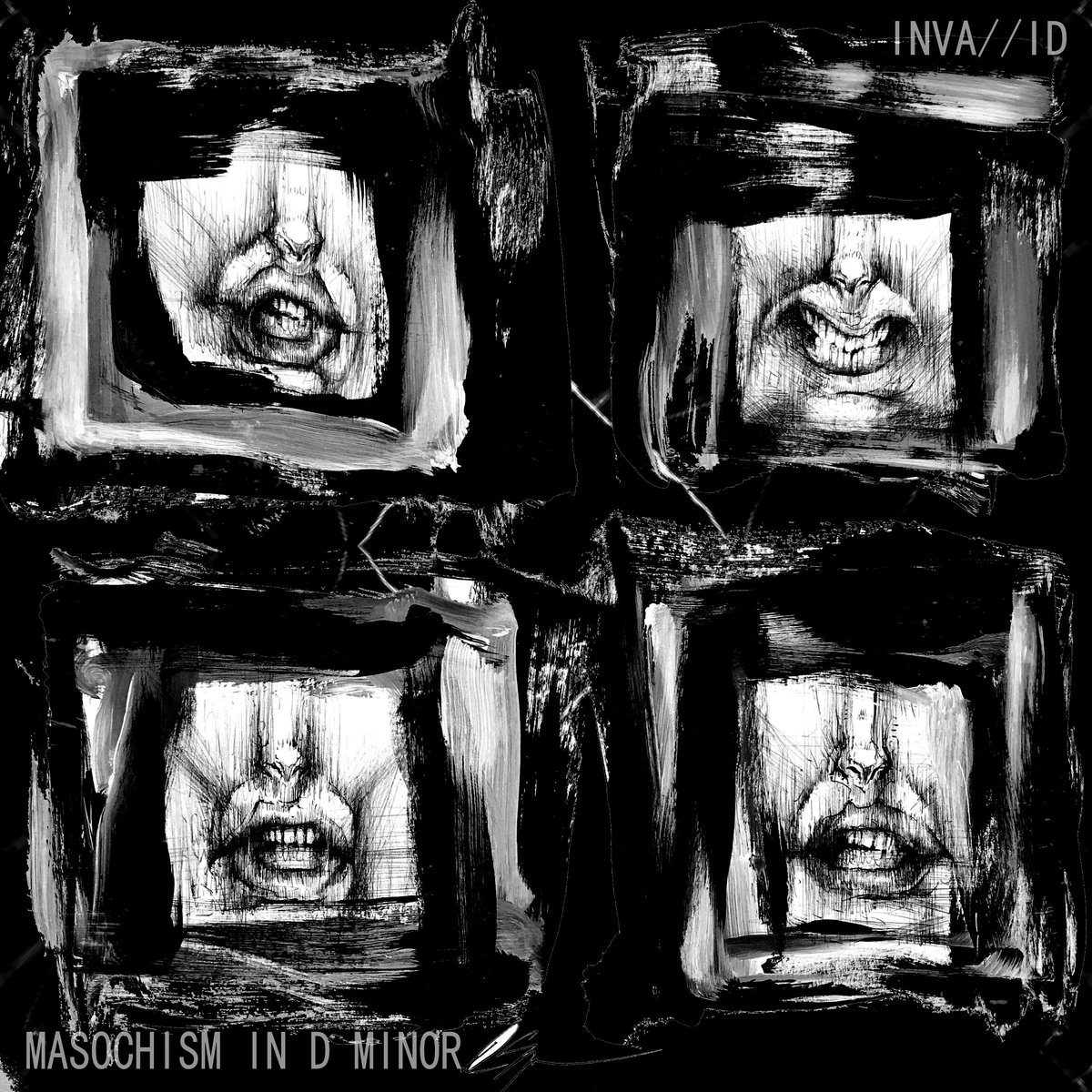 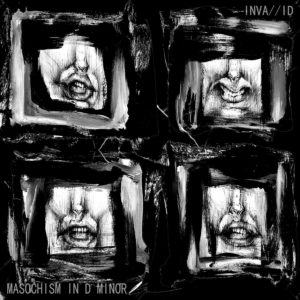 LA’s INVA//ID have quietly been gathering interest for the past couple of years, though that slow boil is diametrically opposed to the violent aggression of the band’s throwback sound. Headed by Chris Rivera, the trio have been releasing single tracks and demos here and there (including the now-deleted Solitude), leading to a Das Bunker-aided tape last year, and now a full length (official debut?) release. Masochism In D Minor is grimy, desperate and depressed, but also shot through with a streak of sleazy charisma which prevents INVA//ID from ever becoming a tepid nostalgia act.

INVA//ID trade in thumping rhythms and distorted programming which hearkens back to the roots of dark electro and mid-period electro-industrial, albeit delivered with a good amount of American swagger. Syncopated synth bass tracks along blunt, echoing kicks and minor-key melodies are hammered out alongside vintage samples (Jacob’s Ladder!). On paper INVA//ID aren’t doing anything revolutionary on Masochism In D Minor, but the immediacy and drive of tunes like “Broken” and “B.F.T.” more than justify the band’s aesthetic choices.

Three of the tracks from the aforementioned demo tape reappear here, with one or two possibly featuring slightly different vocal takes. The muffled, staccato programming of “The Pitt” disrupts the cleaner sound and flow of the new tracks, but if nothing else it shows just how well INVA//ID can connote the original era they’re referencing in terms of production as well as sound. That sort of throwback execution sits in stark contrast to “B.F.T.” which follows it: it perhaps isn’t so different in structure, but puts Rivera’s vitriolic vocals up front in perfect definition.

Speaking of vocals, Rivera is an impressive presence throughout Masochism, able to communicate harmony as well as the titular hatred. Though one could perhaps detect the influence of plenty of previous aggrotech vocalists (and more intriguingly, Steril’s Mähne Meenen), he always sounds like he’s coming by his bile honestly. I’ll be frank: I’m generally very wary of bands who rely this heavily on full-throated screams, but Rivera’s able to get so much personality and mileage from the style that it never grates, and ends up lending Masochism a drama and unity rarely found in records this brief. Recommended.