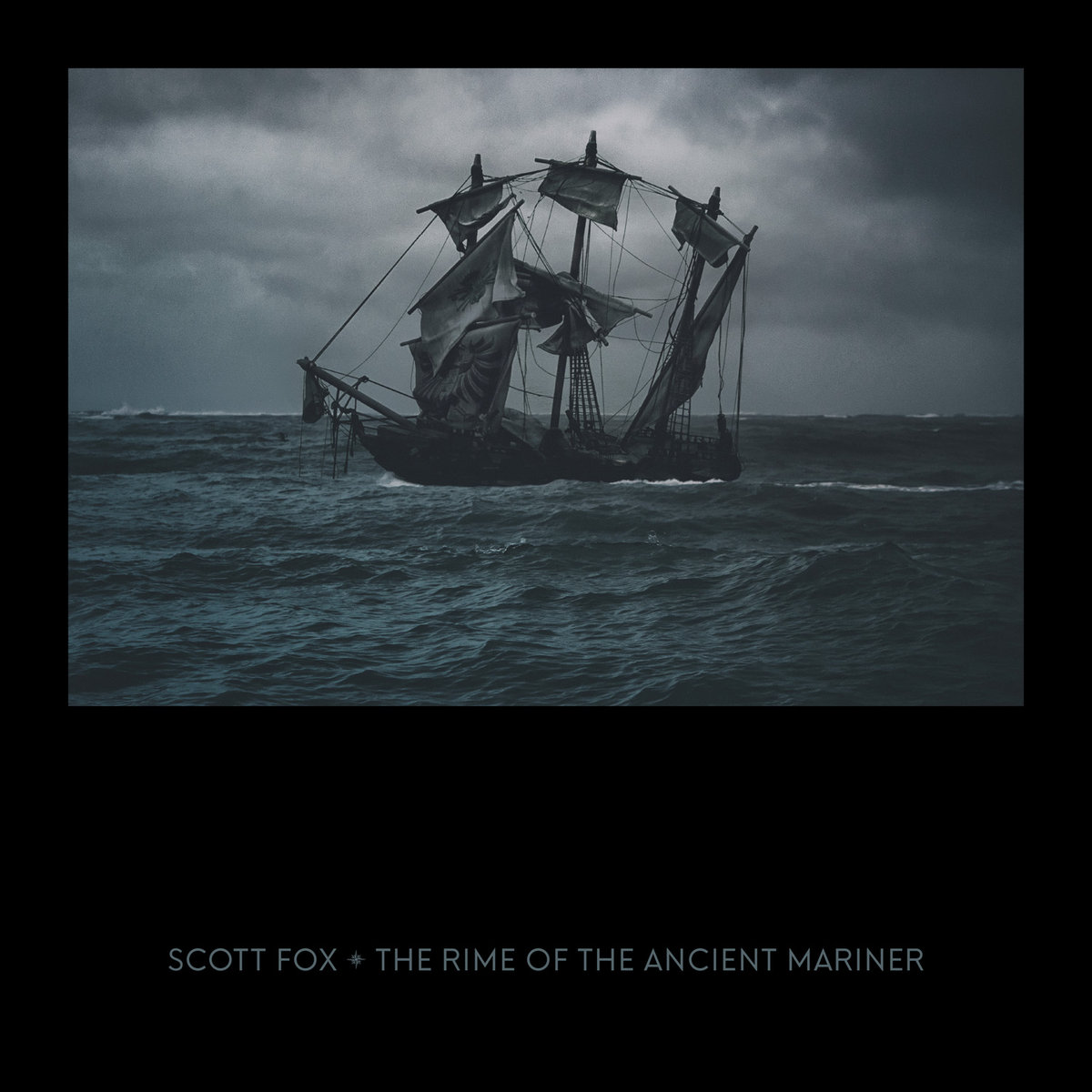 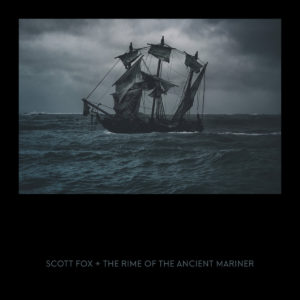 Scott Fox
The Rime of the Ancient Mariner
Ant-Zen

Between his iVardensphere Singularity sets and sojourns with various sides projects and collabs, Scott Fox has never wanted for inspiration beyond the purview of his well-established rhythmic industrial work as iVardensphere. But even taking all of that moonlighting into account, his latest experimental foray comes as a shock, to the point that it’s perhaps understandable why he’d wish to credit it separately from the iVardensphere handle: a forty-three minute musical interpretation of Samuel Taylor Coleridge’s “The Rime of the Ancient Mariner”, complete with a reading of the poem by Jay Watamaniuk (a friend of Fox’s who’s contributed similarly dramatic voice work to iVardensphere in the past). Fox commits not only to the challenge of interpreting one of the most celebrated and evocative of works in the Romantic canon, but also to that of orienting himself as a producer well outside of his identity within iVardensphere.

Fox’s tack in creating a musical frame for Watamaniuk’s reading of the poem is striking. Not only are its textured sweeps and drones a far cry from the bombastic rhythms we’ve come to expect from him, but they’re sequenced so sparsely that each movement or shift gains weighty portent. Low, liquid pads run through the majority of the record, conveying not only the mercurial nature of the sea upon which the mariner finds himself stranded, but also the solemnity and isolation which precede and follow his adventure. Atop these, intermittent speckles of ambient chimes, pings, and crackles ebb and flow, with the odd harmonic tone here and there. Punctuating this are mix-filling drone blasts which underscore key moments in Coleridge’s narrative.

While any of these individual sounds could likely be found in Fox’s previous work, it’s really the arrangement of them which sets Rime apart. The restraint he shows in never letting his sounds speak for the poem, only to it, is admirable, and Fox shrewdly exploits that credibility. When some lowly strummed and picked guitar heralds the arrival of the ghost ship and the mariner’s flight back to land, Fox even then doesn’t give the guitar license to war with the text (to wit, this isn’t the Iron Maiden version). Instead, it’s used as a segue or portent, akin to similarly menacing intros and bridges between assaults in black metal.

Watamaniuk’s reading of the poem, then, is given the floor. The addition of slightly distorted reverb to his voice certainly underscores the ghostly and spiritual nature of much of the text, though its constant use, even during description of the quotidian world from which the mariner wrenches his listener, seems somewhat incongruous. Then again, the intermittent use of such effects might seem garish or showy. In any case, it’s been years since I personally heard the poem read aloud, and Watamaniuk’s performance not only reminded me of now common idioms which stem from the poem (“Water, water, every where, / Nor any drop to drink”, “this soul hath been / Alone on a wide wide sea”), but also of lines in the poem I loved in my youth (“And a thousand thousand slimy things / Lived on; and so did I”, “full plain I see / The Devil knows how to row”).

Despite its clear moral conclusions, Coleridge’s vivid powers of imagery and the mariner’s recurring psychodrama, not to mention the constant shuffling of mythical and metaphorical reference and invention, makes for a rich and polysemous source for a record like this, a quality borne out by the murky sound design. Let’s face it, a dark ambient tribute to Coleridge’s stuffier colleague Wordsworth just wouldn’t work. An unexpected move for Fox, who’s been comfortably switching between club bangers and richly composed tracks as iVardensphere of late? Yes, but one whose subtlety shows that still waters (guided by spirits from lands of mist and snow) do run deep.