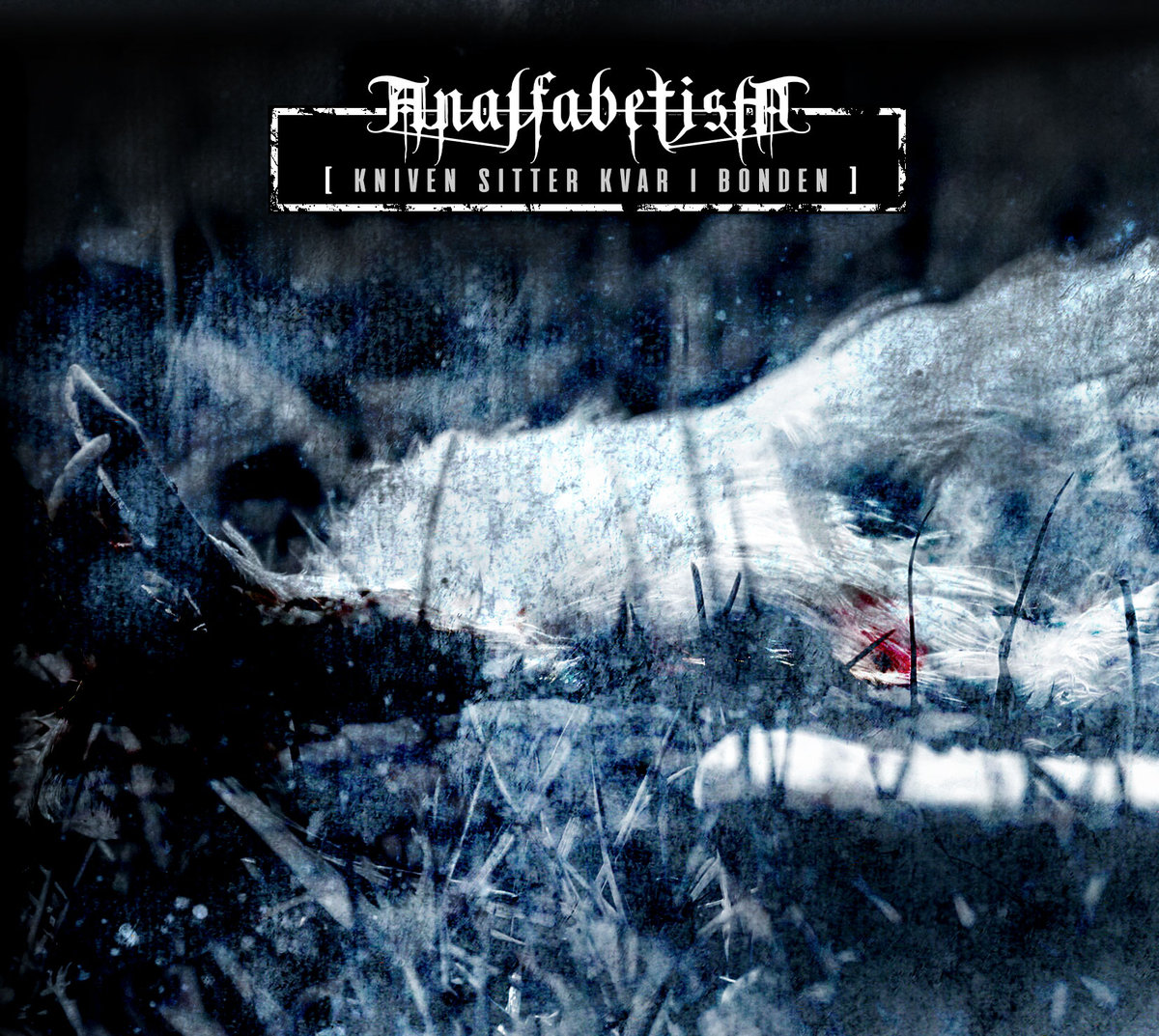 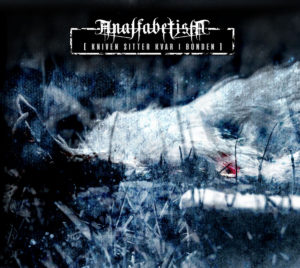 With three full lengths of grinding, instrumental industrial noise in the rear view mirror, we can anticipate to a large degree what awaits down the road when a new Analfabetism record appears. Fredrik Djurfeldt has used the project to bring together the abrasive, the textured, and the abstract dimensions of all the bleakest and purest subgenres of industrial, and new LP Kniven Sitter Kvar i Bonden doesn’t stray too far from expectations. Rather, the defining elements of the record lie somewhere between the qualities of composition and sound design, with Djurfeldt striking upon a murky and occluded mood rather than an outwardly aggressive one.

Despite the morbid cover art and downright creepy title (it roughly translates to “the knife is sitting in the farmer” for the non-Swedes in the room), very little of Kniven Sitter relies on outward violence or aggression. Rather, menace is conveyed either through eerie and unsettling sounds or the manner in which the passages of Djurfeldt’s compositions rise out of and submerge into muffled, fatalistic oblivion.

That sense of wistful resignation is apparent from the get go, with the characteristic static blasts and tumbling machine samples of “De som dräpa och som dräpas skall” being quickly offset by droning pads which give off a much more ruminative and melancholy cast than I’ve come to expect from Analfabetism. The sounds and composition of “Av daga tagas” are quite different, with the track centering around an orange wave of feedback, but the effect of that sound’s quavering waxing and waning has a similar cyclical and, again, reflective feel. Don’t get me wrong: there’s still plenty of the crawling noise and metallic belches which have marked Analfabetism’s interest in death industrial and power electronics from day one, it’s just that those elements aren’t being stacked atop one another to convey confrontational excess.

The record is introduced as “genuine Scandinavian depression” in the PR copy, and that Djurfeldt’s opted to give it so specific a description when the project’s been so abstract up until now has been telling. Yes, there have always been the striking and almost poetically perturbing song titles (were I to hazard a guess I might speculate that Kniven Sitter‘s titles could obliquely refer to factory farming), but the specific mention of depression rather than the sense of disinterest and contempt Analfabetism’s music has previously connoted is instructive. Weary, deep, and breathing under strain, Kniven Sitter Kvar i Bonden taps into a spiritual and emotional darkness which rests beneath the noise.