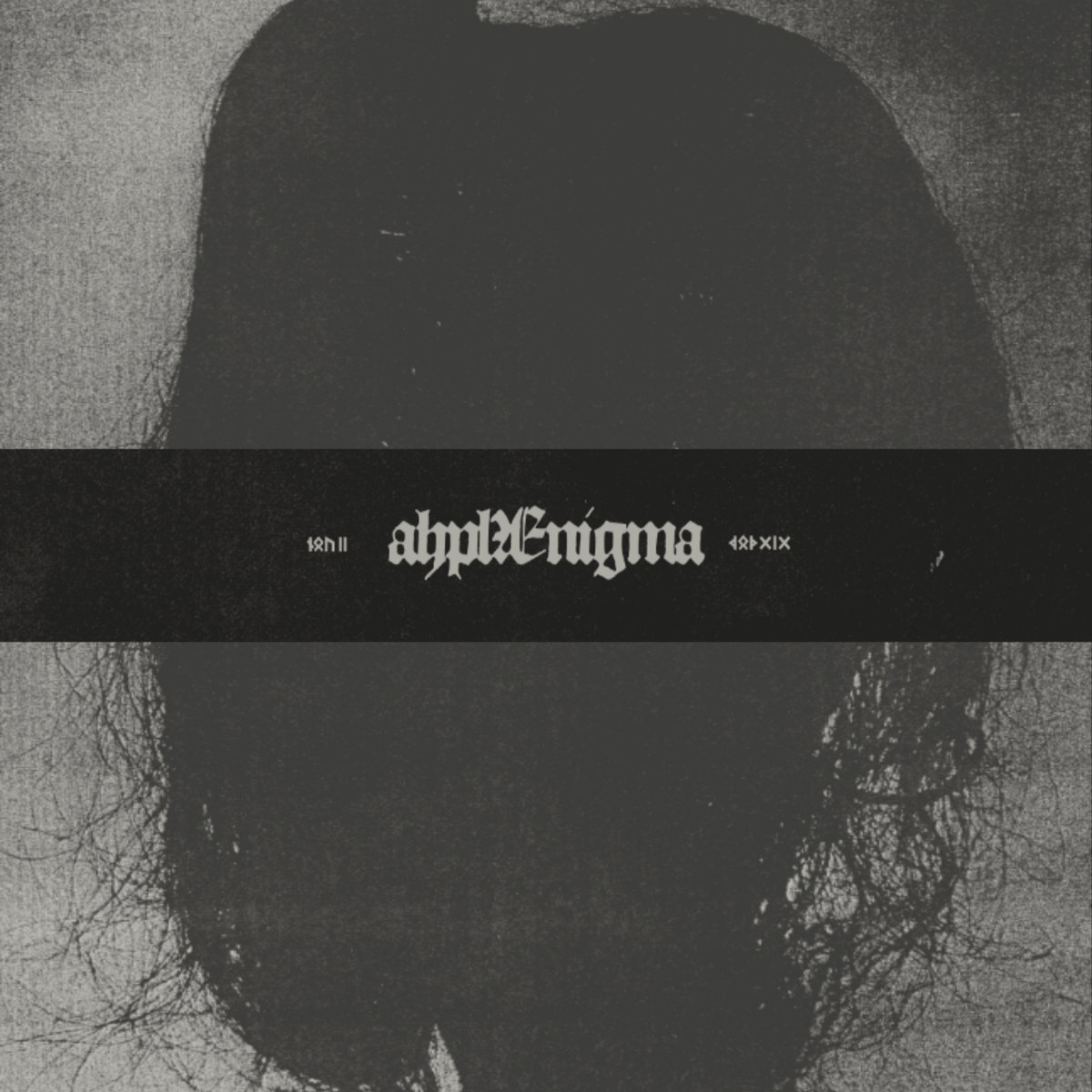 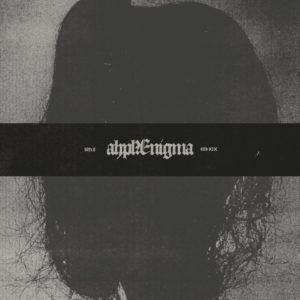 Please don’t ask me to parse the runes which Henrik Nordvargr Björkk and Thomas Ekelund have used to lend their new collaborative excursion its name. They might be something as prosaic as phonetic approximations of the two Swedish death industrialists’ names, or something as whimsical as their favourite flowers. But, given the tone of Ekelund’s still on the rise work as Trepaneringsritualen and Björkk’s oeuvre (which hardly needs introduction here), that seems unlikely. Indeed, the combination of drones, groans, and crackles of which Alpha Ænigma is comprised are very much in line with the notes which describe it as “a living curse, one that spirals out of control and gains more momentum for every time it is recited/played”.

Made up of four “incantations”, Alpha Ænigma is woven together with a near-constant stream of scratched-vinyl style clicks and pops. It’s a simple enough technique, but manages to give a sense of connection between the scraping strings and moans of “Besvärjelse I: Sju nätters blodiga mara” and the liturgical sampling and ritual percussion of closer “Besvärjelse IV: Af Hin (1723 e.v.)”. The vocals, such as they are, are often so swaddled in feedback or pitched down so as to be indistinguishable from sampled bestial grunts or manipulated, squelching feedback, but rarely is a particular manipulation or phrasing repeated. Leaving aside the aforementioned esoteric nature of the record as a curse, the record’s variety speaks to the duo’s broad reaching extant individual work.

Alpha Ænigma is apparently “a one-off session recorded nighttime during winter of 2018”, and looks to presage another collaboration between Björkk and Ekelund, Det Kätterska Förbund (about which very little has yet emerged). How it will differ from ᚾᛟᚢ II // ᚦᛟᚦ ᚷᛁᚷ remains to be seen, of course, but the ease with which the two move between a range of sounds within and adjacent to death industrial here indicates good chemistry, even if the resulting brew is wholly bilious.