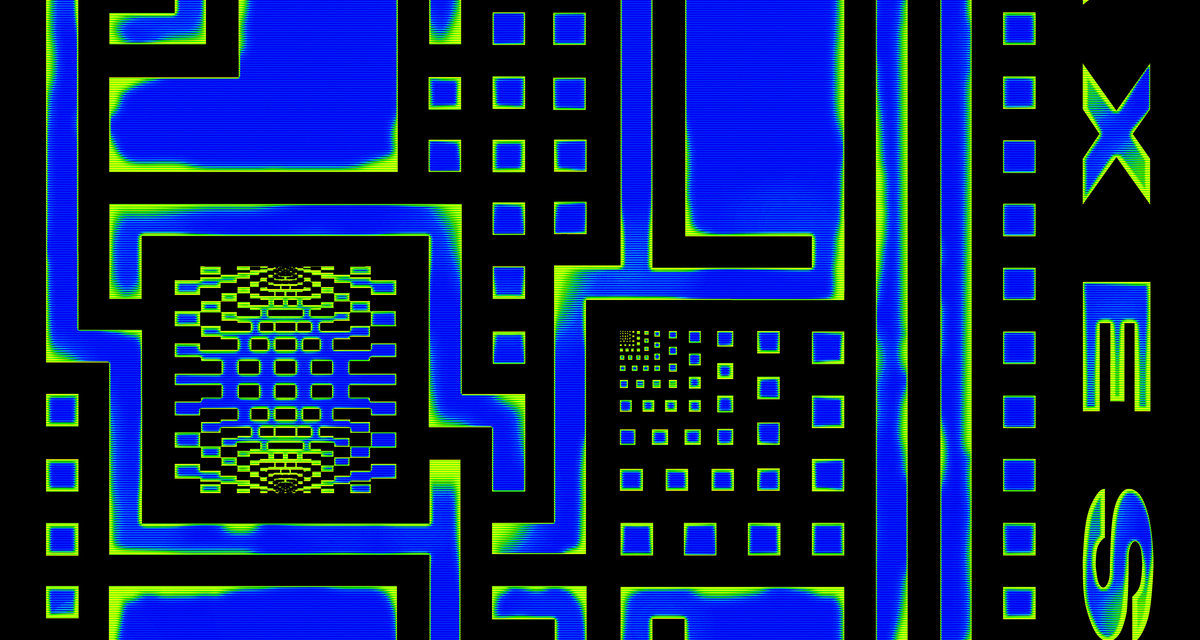 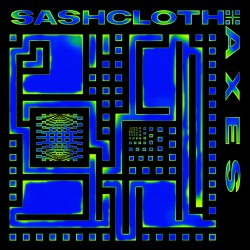 While catching Sashcloth and Axes at this year’s Verboden festival, I was initially struck by the aplomb with which the California based one-man act was balancing noise and melody in his set. The distortion and density with which Richard Douglas’ material was delivered was a nice counterpart to the synth melodies and catchy rhythms which were also shaken in. I might have been missing the forest for the trees, though, as proper listens of his new LP M​.​A​.​R​.​K. -13 reveals how much of his style of synthpunk is rooted in EBM rhythms, some of which are shared with fellow new-school mutants like High-Functioning Flesh, going back to the genre’s most minimal roots.

The repetitive simplicity of opener “Hardware” is something of a feint, designed to prepare you for the phased synth sound which acts as a guiding thread through much of the record, but bereft of the stacks of drum fills and noise-blasted vocals which adorn much of M​.​A​.​R​.​K. -13‘s body. Once through the gates, though, Douglas is off and running pell-mell through an amusement park loaded with punchy body music rhythms and garish synth excess. Tracks like “A.I. 32” and “Breakdown” are build on rock-solid tempos which offer enough propulsion for the former’s sampledelica and the latter’s floorpunching vitriol to liftoff.

The pairing of simple and raw programming with barked vocals Sashcloth and Axes showcases might have some folks thinking of the likes of Spit Mask, but for my money the quirky stylings of Kangarot are a closer comparison. “Mind Waste” kicks along with a spritely and almost funky bassline, kicked off by simply programmed fills, but punctuated by Douglas’ guttural moaning the whole affair becomes woozy and disorienting. For all its lo-fi engineering, M.A.R.K. -13 displays an omnivorous appetite for EBM, funk, noise, and all points between.

The line between “synthpunk” and “roots EBM” is a blurry one to be certain, and likely has more currency with regards to personal histories and interests in music rather than any claim of objective aesthetics. Regardless of genre, Sashcloth and Axes’ brutal yet undeniably fun tour of the noisy electronics carnival hits the mark at the levels of both the dancefloor and the primal id.