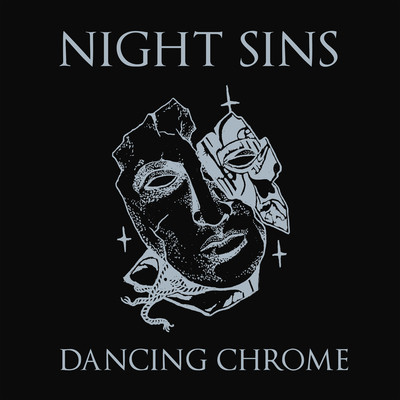 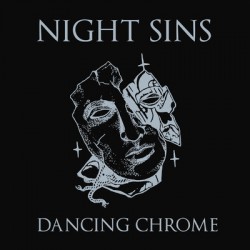 Lord knows I’ve kvetched plenty on this site about the outward exploding of the term “goth” to the level of a transcendental signifier, seemingly meaning whatever anyone who wants to pick the well-worn term up wants it to mean. Any fashion writer on a deadline or uninspired jangle-pop band can use the word to describe any trend or sound, often just as a stand-in for anything “dark” or “sad”. Hell, the recent praise being heaped on The Mountain Goats’ Goths underscores a long-standing lament of mine: that it’s perennially cool to have been goth or to reference it, but it’s terminally uncool to ever be goth.

I give all of this preamble to underscore just what an impressive trick Kyle Kimball & co. have pulled off with Dancing Chrome. The third Night Sins LP has one foot in the lo-fi post-punk diaspora which has shown no signs of disappearing from underground shows and well-curated labels across the planet over the past seven or eight years, and another firmly in fog-juice thirsting classic goth rock. It’s deft proof of how much currency true-school goth can have in a contemporary milieu when it’s taken as an honest source of musical inspiration, rather than as a catchall buzzword.

Right from the gate with the terse, pentatonic fret-workout of “Crystal Blue”, Dancing Chrome‘s debt to the likes of Gary Marx is apparent. But what differentiates the record from pure nostalgia is the way in which those goth sounds, often baroque and aloof, are paired with distinctly fuzzy and grimy foundations. Check the wash of pinched keyboards on “Spire And Ecstasy”. On their own the might just seem pleasantly gloomy, but paired with the aforementioned guitar they anachronistically rewrite goth history, either bringing the genre’s later formalism back in time to the earliest stabs at synth-punk, or carrying it forward into contemporary basement shows.

Kimball’s vocals, dropped down to near-Carl McCoy depths, and no-frills drum programming fill out the record, and nearly every element gets its own moments to shine in a tightly packed, sub-30 minute listen which breezes by (over-amplified synth instrumentals and all). Hopping from Leeds to the Batcave to the more guttural Teutonic goth fare before making its way back to the US, it’s a record keenly aware of its own pedigree but has enough in the way of a contemporary vibe to never feel slavish. Whenever you signed on, wherever you signed on, regardless of the incarnation you owe fealty to, Night Sins have a moveable feast for goths of all shades. 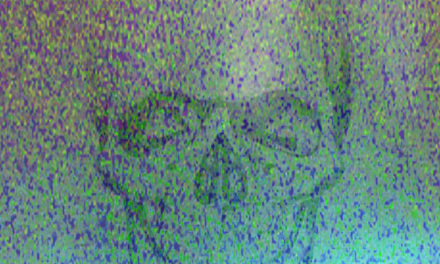