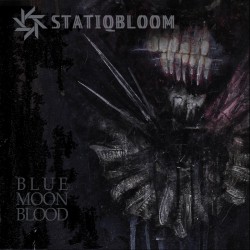 Fade Kainer’s Statiqbloom project has always had a rough, untamed edge that set it apart from other acts working in the Skinny Puppy-influenced vein of post-industrial. His sophomore LP Blue Moon Blood certainly makes an asset of that grittiness; while the album contains Kainer’s most focused and immediate songs, there’s an immediacy in their production and delivery that grants them life and movement beyond the broad details of their construction.

From a songwriting perspective, it feels as though Statiqbloom has pared down their approach somewhat. Early numbers like “Despair Are Shadows” and “Crooked Line” have an appealing minimalism to them, drawing from the 90s dark electro template of samples, pads and simple drum patterns for their makeup. Deliberately mixed to sound rough and opaque, the songs take on a writhing, squirming quality, driven by the wormy, looping basslines. “Black Walks Eternal” is especially good in this regard, rolling out on the back of rigid kick-snare loops and a small collection of warped squeals and distorted human voices. It’s weird and psychedelic without feeling vague or diffused, a function of how tight Kainer keeps his rhythm programming. When he cinches it up even further on single “Talons Teeth” the effect is palpable, its mechanical tempo bending every other sound to its purpose.

Much of the variety on Blue Moon Blood comes from Kainer’s own vocals, both in how they are mixed and processed and in the delivery. In places (such as “Black Walks Eternal”) he does a convincing take on Ogre’s classic style, punctuating staccato delivery with croaks and screeches, all soaked in copious reverb. On “Mortuary” he affects a threatening mumble, occasionally grunting and warbling in time with the song’s loping sequences. Even at his most straightforward there’s a significant personality to his singing, as on “Nigredo” where he forgoes theatrics for clear and present enunciation, a suitable fit for the song’s uncluttered arrangement.

Much like his debut release Mask Visions Poison, Blue Moon Blood benefits from familiarity and repeated listening. Where the record’s immediate charms aren’t hard to pinpoint – there will always be an enthusiastic audience for this sort of grainy, surreal electro-industrial – it’s only on the second or third listen that songs like closer “Phantom Eye” really start to reveal themselves, tiny details hidden in the cracks of its busy programming and heavy processing unfolding with each successive listen. For a record that sounds so single-minded and stringent throughout, it has a surprising depth and esoteric allure hidden beneath its twitching, pounding surface. 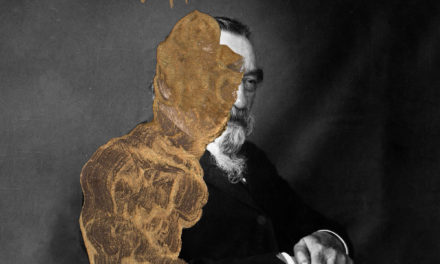