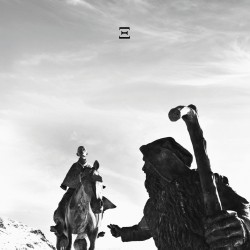 It had been an incremental journey thus far for Swiss coldwave act Veil Of Light. Their early singles and EPs showed them perfectly capable of bringing the forlorn atmospheres and echoing sounds one would look for in a band reprising the classically sparse genre. First LP Ξ added some nimbleness to their sound, with synthlines learning to dance rapidly between the moody bass and drum machines. Sophomore LP Ursprung feels like a violently galvanized leap forward, driven by a newfound and unhinged vocal confidence, and a rhythmic assault which has to be felt to be believed.

Information about de facto Veil Of Light mastermind M and his touring cohorts is still scarce, but he’s clearly been inspired to allow a less inhibited side of himself be shown on record. Over its four minutes, “Soma” builds from a barely audible synth pulse into a pummeling cacophony, terminating in shrieks and echoing drum blasts spilling far beyond the compositional framework of the track. Even “Alles”, a steadier and sturdier track which doesn’t vary much over its three minutes, delivers a bracing attack (recalling X-Mal, perhaps) that feels like a level up for the band.

“Throwing Stones” contains a simple, plaintive guitar melody at its core which wouldn’t feel out of place if transposed to an early Xymox tune, but it’s so buffeted by the echoing of drum machines and M’s alternately affectless and acerbic voice that Veil Of Light render it all their own. Recently, occasional Sister of Mercy John Langford lamented the band’s inability to port the intensity of their drum machine’s “hours of thump thump thump rocking the whole seafront” over to record. Ursprung‘s tracks have very little in common with the Sisters from any compositional standpoint, but the sheer ferocity of the drum machine in the mix of tracks like “Trust” certainly conveys that visceral blow to the body which Langford was missing.

The tempo and ferocity tail somewhat at the record’s close, possibly for variety’s sake, but that mostly seems for show. Although the shadows-and-candelabra level goth keyboards on “Forever Unlit” are a nice addition, Ursprung cleaves closely to its core aesthetic throughout; at just over half an hour, though, there’s no time wasted in which the passion and brutality of Veil Of Light’s new direction might peter out. Ursprung is a welcome and immediate statement of arrival for a still relatively young band, who infuse a familiar template with a new blast of spleen and vigor. Recommended. 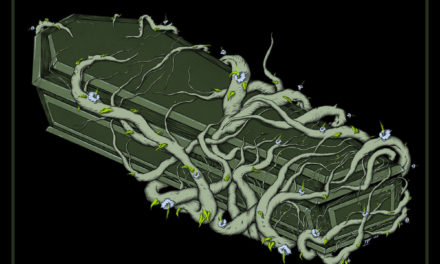 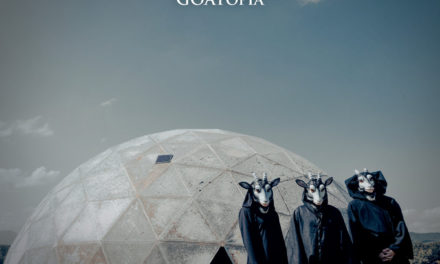