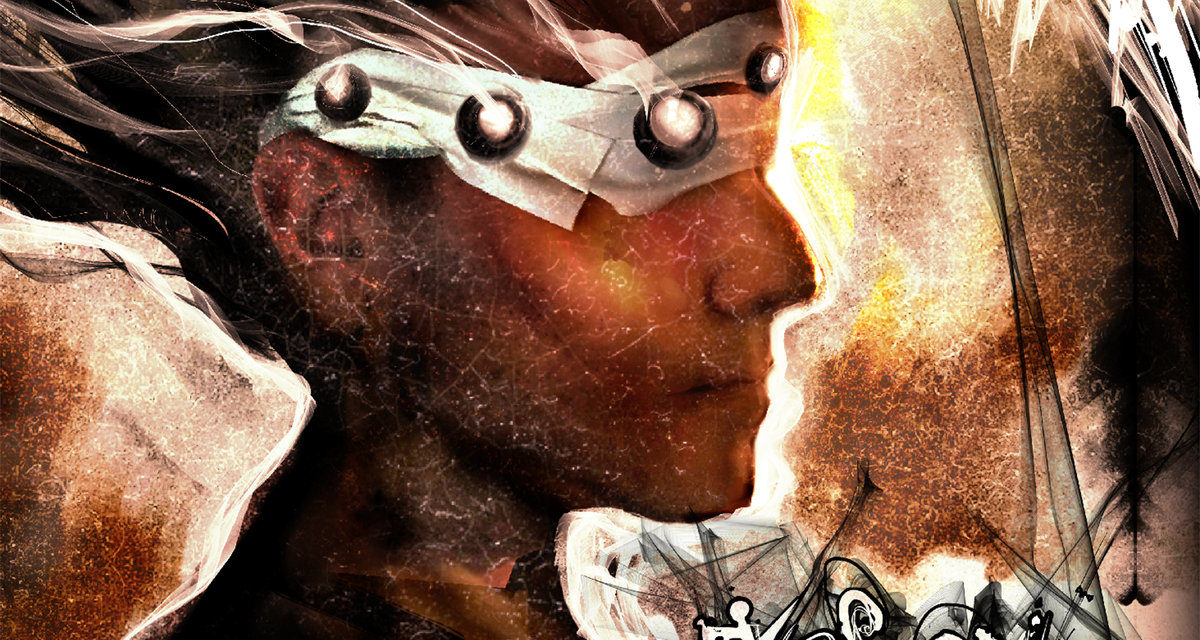 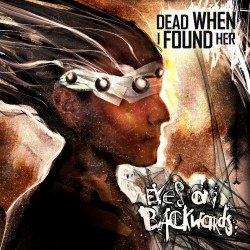 Dead When I Found Her
Eyes on Backwards
Artoffact Records

The shift from Dead When I Found Her’s pensive 2015 LP All The Way Down to the recently released Eyes on Backwards isn’t as extreme as you might surmise at first blush, although you could be forgiven for thinking so on hearing “Tantrum”. Chaotic and aggressive, the bass and vocal led number is as close as Michael Arthur Holloway has ever gotten to (admitted major-influence) Skinny Puppy’s fraught mania. The blood curdling screech at the song’s peak is a signpost to the album’s turbulent, occasionally frenzied approach to electro-industrial, although keen eared listeners should be able to hear the same thoughtful, considered approach to production and songwriting that has defined the project thus far.

Holloway’s stated desire to make something faster, angrier and louder is certainly reflected in the timbre of the album’s first half. The moment the twisted choral samples and crashing drums that conclude “Tantrum” burn and flicker out, an ugly boxed-in percussion loop signals the introduction to “The Big Reverse”, a song where the tight rhythm programming belies the unhinged, desperate arrangement. Like many of the songs that follow it, the vocal samples, Holloway’s own distorted voice and various synth sequences and bits of sampled texture bounce off one another without ever losing cohesion, each carefully placed to convey disarray without ever falling victim to it. It’s an instructive moment in what Dead When I Found Her accomplishes with the record; the album’s sense of discord comes from fine attention to detail, not in spite of it.

A goodly portion of Eyes on Backwards‘ discomfit comes directly from exactly how much Holloway’s approach to vocals has changed. Traditionally he has favoured a measured (and even subdued) singing style, appropriate for his material but often muted to the point of modesty. Here he sounds positively animated, alternately snarling and chewing through lyrics, and tossing in some wordless vocalizations for good measure. “Shining Path” is especially well served by the change, the deliberate gaps in its drums, bass and echoing leads filled by a half sung, half-whispered vocal that totters between desperate and deliberate.

The theme of misplaced (or simply fruitless) nostalgia which runs through the record perhaps seems an odd fit for what certainly seems like DWIFH’s most aggressive effort to date. While that abrasive, Too Dark Park style sound holds up on the majority of the first half, the second end of Eyes On Backwards digs into some dreamier sounds which more clearly bring that sort of reverie to mind. “The Pines” circles languidly around a repeating set of vocal samples and percussion, with only some slight changes in impressionist keyboard patterns marking any shifts, while the sparse “Unsolved History” makes the most of its seven-plus minutes with evocative tempo shifts. Even the tracks which feel more like up-front Puppy homages and near-constant barrages of dense programming are more nuanced than they might seem, and some also have a thread of humour woven throughout. The understated vocal samples which often punctuate or separate the dense walls of noise at times underscore ideas of nostalgia and reflection, but at others seem to be sardonic, reflexive reactions to the maelstrom of percussion and swooping synths. “Jesus Christ!” a woman sighs towards the end of “Tantrum”, not sounding scared or desperate, but exasperated, as if by a rough afternoon in traffic.

Eyes On Backwards certainly holds the most aggressive and fiery moments in the DWIFH catalog to date. But those moments don’t make up the sum total of what Holloway’s bringing to the table on this outing, nor should they be taken as indicative of a shift towards blunter or more simplified song construction, as we might have mistakenly thought on our first pass. Beneath its roaring fury, everything which has made Dead When I Found Her a can’t miss act for fans of classic electro-industrial is on full display. Despite its apparent shift away from the softer ruminations of its predecessor, All The Way Down, Eyes On Backwards is a worthy follow-up to that instant classic, and is another key piece in what is shaping up to be one of the best discographies in the contemporary post-industrial world. Strongly recommended.