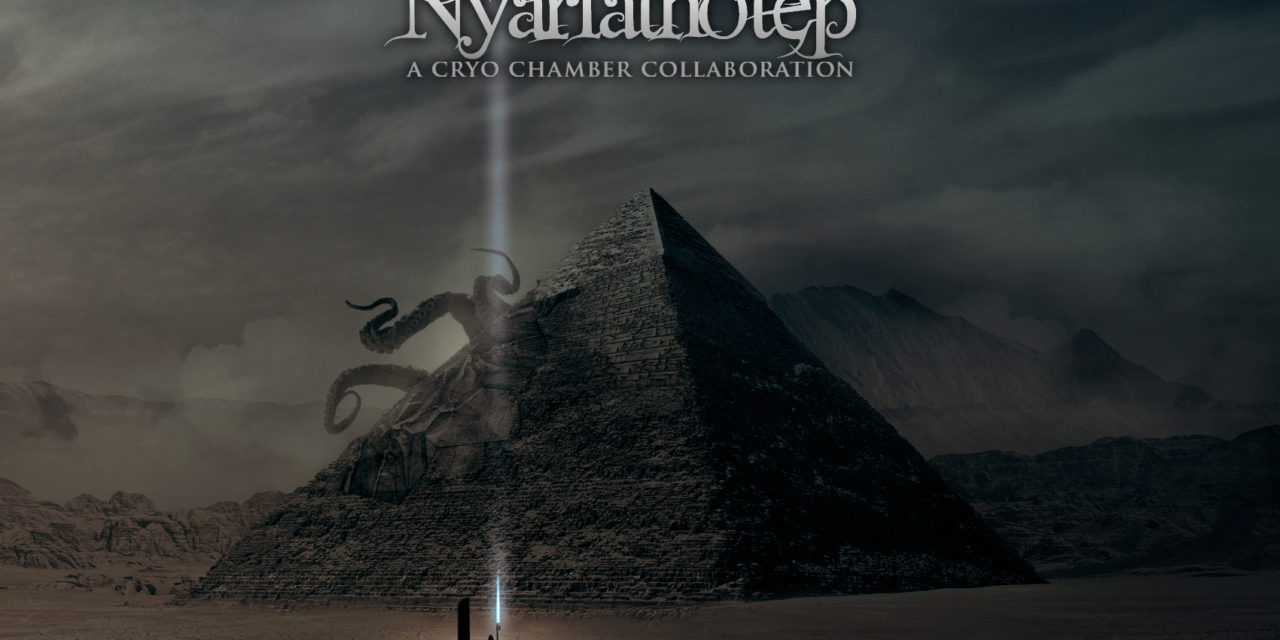 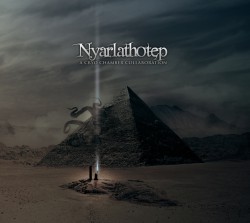 As a bit of a Lovecraft scholar, I was pleasantly surprised to see that Cryo Chamber had elected to dedicate the third (and presumably last) entry in their series of Lovecraftian collaborative releases of dark ambient music to Nyarlathotep. After a slightly aimless and underwhelming tribute to Cthulhu, things seemed more focused on the second release, a suitably cosmic and impassive homage to the blind idiot god Azathoth. Nyarlathotep, the closest thing Lovecraft’s mythos has to a trickster god, seemed to me both a richer source of inspiration and a trickier entity to sonically conjure. The only of Lovecraft’s Great Old Ones to take an active interest in humanity, Nyarlathotep is both beyond human ken and an active meddler in our affairs. That’s a delicate balance to strike, but the Cryo Chamber roster manages to offer up a three-hour opus both worthy of the Black Pharaoh’s mercurial nature and the brand of dark ambient the label’s come to represent.

The uncertain provenance of these collaborative pieces throws another wrench into the works. With no less than twenty-six Cryo Chamber acts credited with contributing to the album (one track on each of three CDs), it’s next to impossible to surmise who’s added what to the mix. I could take a guess at which passages feel more like, say, Randal Collier-Ford than Alphaxone, but that’d be almost wholly a roll of the dice. As for the larger curatorial process of deciding how to arrange and integrate the various artists’ contibutions, or determining which artists might work well together on a particular section, I can only imagine that this task fell to label boss Simon Heath of Atrium Carceri. Whatever the particulars, the overarching sounds and spirit which culminate over Nyarlathotep‘s three hours cover nearly all of the territory I could possibly expect a single dark ambient release to encompass.

Starting things off, the expected drones and pads are augmented with some plucked bowed strings which I imagine are meant to align with Nyarlathotep’s Middle Eastern associations. Later, some low-pitched, almost Berlin-era Bowie piano at the forty minute mark carries a disarming mood of personal recrimination. The drones which make up much of the first disc are often textured in an earthy, weather-worn manner which handily connotes the hand of Nyarlathotep guiding human affairs since prehistoric times. The second of Nyarlathotep‘s CDs (movements?) certainly seems the most sedate. The inability to distinguish low, thrumming machine drones from sub-vocal incantation around the twenty-two minute mark in it is just the sort of murky intrigue Cryo Chamber regularly delivers. That said, unlike the first and last pieces, I had a harder time tracing a connection between the soundscapes and Lovecraftian themes or moods, let alone a figure as complex as Nyarlathotep itself.

Things take on a slightly more caustic and directly challenging tone on the final disc. Just around the halfway mark of the third piece, a series of drones and horns which have been building are suddenly pulled into a vortex with echoing crackles and muttered voices. What seemed clear and distinct a moment ago now rushes around the mix in a disorienting haze; a great example of the deceit and confusion associated with Nyarlathotep in such works as “The Whisperer In The Darkness”. The string passages which have surfaced at various points throughout the first two parts are given center stage in the record’s closing minutes, unifying the overall work with one of its most distinct elements.

The prospect of reviewing or evaluating a three-hour collaborative effort such as this felt like a bit of a fool’s errand going in (and it still does, to be honest), especially when the delineation of work is as uncertain as it is here. But the concept underlying Nyarlathotep is both perfectly suited to a roster like Cryo Chamber’s, and unique enough to inspire some left-field choices from at least some of its contributors. While it staggers at times under its own weight, Nyarlathotep delivers on the themes and sounds promised upon arrival. It’s a great consolidation of everything which is working for Cryo Chamber right now as a force to be reckoned with in dark ambient, and a fantastic closing chapter in an ambitious series of releases.