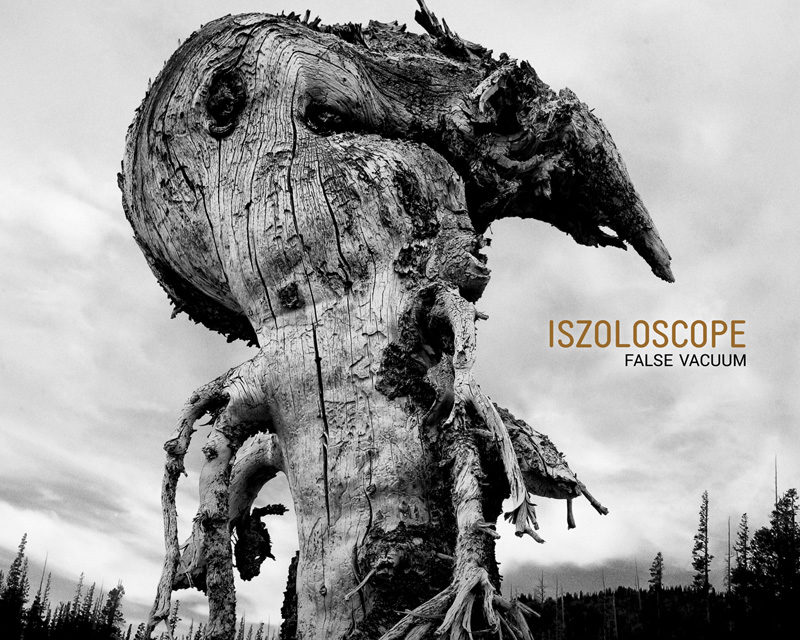 In case you hadn’t figured it out yet, I Die: You Die is all about discussion of the music we cover, and that’s what In Conversation is: a literal discussion between the website’s senior staff about a new or classic release. It’s a nice informal (and sometimes pretty freeform) way we sometimes like to approach an album we have a lot of things to say about, such as this new release from one of the great second wave industrial rhythmic noise artists; his first since 2010… 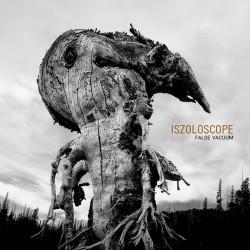 Bruce: It’s astonishing what a difference a five-year absence can make. I’m speaking of our anticipation of the new Iszoloscope record, not even the musical changes it brings (though we’ll get to those soon enough). I feel like we Canadian fans took Yann Faussurier for granted for too long. For the first half of the rhythmic noise project’s tenure he was cranking out an LP every year, and even when that pace slowed down he was gigging across the country on all manner of tours and festivals, not to mention putting in work with the Memmaker and Voster projects. After a move to Europe, things slowed down and after a couple of years we were left to mull over his last release, The Edge Of Certainty while we eagerly awaited news. I’ve mentioned this before, but after a spell The Edge Of Certainty became one of my favourite releases of 2010, walking a perfect line between stygian atmospherics and the shrapnel-breaks assault Faussurier has honed so well. I often ask questions about legacy at the end of these In Conversation pieces, but given how long we’ve been waiting for False Vacuum, I feel it’s best to start off by asking what we’ve been waiting for. How would you sum up Iszoloscope’s work to date and what a new record from the project in 2016 portends?

Alex: Well, Iszoloscope arose around the time that the first wave of power noise acts died off or changed tacks, and his take on that sound really displayed his understanding of why it worked and how it could be broadened to include a lot more sorts of sounds. Like his many of his contemporaries (like say, Antigen Shift or L’Ombre to name a couple of Canadian acts of the same vintage) Yann knows how to make his tracks atmospheric and enveloping, even moreso now on False Vacuum than at any time in the past. To my mind this is the record I was really hoping it would be: a step forward in some many ways from the best of his previous efforts. It’s bigger, while containing more ornate and complex ideas than anything else Faussurier has ever done.

You alluded to the changes in the sound, but I think it’s important to acknowledge how clear the lineage of this record is from The Edge of Certainty and its predecessors. When I hear the rolling bassline and super clipped percussion on “Spectral Inverter”, that feels to me like an amplification and refinement of the sounds you heard on The Audient Void. It’s not a retread or a fall back to a comfortable position, but a real attempt to render the same sounds in a more fluid way. I genuinely get the sense that this is a reinvention without being a major shift in style or goals, a renovation of sorts. Does that match up to your take?

Bruce: Pretty much. I mean, there’s absolutely no mistaking that this is Yann’s work (and quite different from Memmaker or Voster steez) from the instant second track “Chronophage” rips in. “Vacuum Metastability” has the classic abrasive turns from pensive, dreadful ambiance to full-bore aggression. The fine-tuning that’s been done in the production department, especially in the low end, only makes the blasting high-frequency noises Yann mastered early in Iszoloscope’s discography all the more characteristic of his work.

But there are differences. Samples, while still present, take up less of the space between assaults. Instead, much of the work of bridging particularly violent passages (as on “Chronophage”) is given over to a host of clicking, melodic metal chimes which sound like an over-sized music box slowly tinkling out its mournful lullaby in a cavernous church. They’re blended in with some equally surprising chamber strings on opener “Awe Gratitude Rapture” (I’ve talked in the past about the influence of Iszoloscope on Scott Fox’s iVardensphere; this track very much feels like that debt being repaid), and similar chimes take the melodic lead throughout “Faint Negative Charge”. It’s maybe an odd comparison, but I couldn’t help but think of the way classic :wumpscut: jams would always craft an ostensibly “pretty” lead to ride atop the maelstrom. It’s a simple enough technique, but one which lends a new dimension to False Vacuum. What new tricks and motifs did you catch?

Alex: Well beyond the levelled-up arrangement and deployment of sampled instruments you mentioned from “Awe Gratitude Rapture” (as an opener it’s a real head-turner, different from pretty much anything Yann has ever done), I think the most noticeable change resides in the texture and density of the fuzz and distorition on many of these songs. If you go back and listen to how those elements sound on older Iszoloscope songs there’s a very monolithic sense to them, like they’re impenetrable and, for lack of a better term, heavy. Songs like “Faint Negative Charge” and “Relevance Outside Logic” still have that carriage, but if you listen to the style of distortion it has a more textured and unbound feeling. It’s less like a smooth wall of noise and more like a really rough hewn shape with all kinds of nooks and crannies and crevices. Check the way “Absolute and Eternal Moral Nighttime” grows from razor sharp knives and breaking glass into a damn Leviathan, rich and abrasive at the same time. You just don’t get that kind of range from most acts who deal fully in saturation and overdriven sounds.

With False Vacuum you also get a lot of what I think could be deemed dark ambient touches. Those aren’t new for the project, and they’re tempered with a lot of light rhythmic touches here and there, but they do feel a lot different to me from the sorts of explorations of the style you would getting from Iszoloscope in the past. This is really your wheelhouse more than mine, so any thoughts on what it is that seems so new and scary about songs like “Experimenting with Truth (Coagula)”? 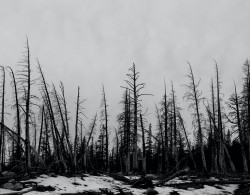 Is this blasted landscape a metaphor for the album's sonics, or does it just look super cool?

Bruce: Well, there does seem to be a real spate of full-throttle stompers in the middle of the record, tapering at the edges with the opening track we’ve already discussed, and then this closer. The first and last tracks do somewhat benefit from their distance from such aggressive fare in both pacing and instrumentation. For me, though, the latter works for the same reason Lustmord does: a single, seemingly simply sound resonates so deeply and broadly that we can’t help but imagine the cavernous space it’s echoing through. Much like the old “throw a rock down a hole to find out how deep it is” trope in horror or thriller flicks, the way those slab-like impact noises on “Experimenting with Truth (Coagula)” seem to shudder out through an unfathomable series of caves, echoing back in on themselves for an incredible long time evokes more dread than any naked aggression or violence could. The slight, nervous shadings of strings around the corner of the track bring In Slaughter Natives to mind, but the cycling, buzzing noise which seems to have grown louder each time it circles back to the front of the mix feels like a classic Iszoloscope production, just being pressed into a new kind of service.

I like the way this record immediately passes the “Is Iszoloscope actually back for real? Fuck yeah.” litmus test, but doesn’t ever seem like it’s a conscious attempt to return to or cash in on whatever nostalgia there might be for “traditional” rhythmic noise. I’m not sure that it’s a style which carries the same cachet as it did when Yann really started hitting his stride, but he’s one of the rare talents who’s been able to use it as a starting point and home base while continuing to stretch his work forward. Final thoughts and evaluations?

Alex: I’ll be honest and say that I don’t listen to a lot of “new” power-noise stuff, and judging by how far-ranging the record labels that have traditionally catered to that sound have become over the last decade, I don’t know how many people really are around the world. I bring that up to give a little context to that next statement: False Vacuum is a very good new power-noise record, that is not in any way constrained by that genre tag. It’s a big step forward for Yann Faussurier’s solo work, and a good summation of the subtle and broad aspects of his production style. It’s stately, a sort of signifier of the creative tradition it comes from and that same tradition’s realized potential. Big recommendations, and the first great album of 2016 in my humble opinion.

False Vacuum is released on Ant-Zen Records on February 19th.