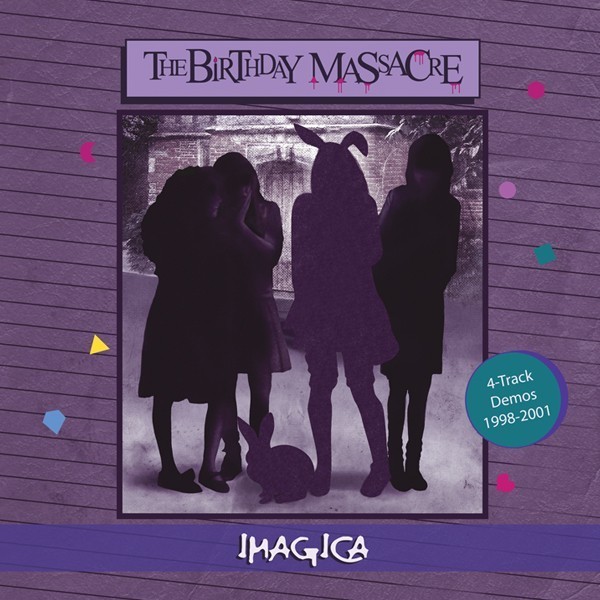 Replicas is the handle we use to write about reissues and archival releases, offering some thoughts on the original material, and whatever additional goodies or format shifts may have been appended. Today we’re looking at the unearthed demos of one of the more successful darkwave acts of the past couple of decades… 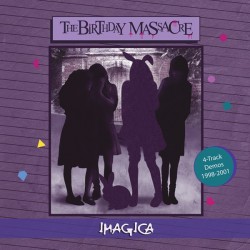 What is it?
The Birthday Massacre have been recording and touring at a pretty fair clip since the early aughts, and are well deserving of a look backward. The specific formulation of the band’s darkwave sound’s shifted over the years, with some releases amping up the guitars for festival season and others embracing the synthpop which goes hand in hand with their dark fairytale aesthetic. This collection of tunes from the days when they were still called Imagica, contains the seeds of just about every sound and style they’ve tried since.

What’s on it?
All of the tunes from the two Imagica demo tapes make up the bulk of Imagica, many of which would resurface on later LPs. The limitations of four-track recording being what they are, a good amount of the dreamy atmosphere which swaddled the studio versions of tunes like “Play Dead” and “Under The Stairs” is lacking on these iterations. The stripped-down versions do draw attention to the strengths of classics like “The Birthday Massacre” (re-named “Happy Birthday” after the name change to avoid confusion) as songs, not just glamorous production pieces. I’d put forth that “Remember Me” is actually a bit stronger here than on Walking With Strangers; the thicker percussion which comes in towards the end adds some classic darkwave drama (think Scary Valentine). The demo tunes which weren’t earmarked for later release perhaps aren’t up to the same quality – the band looks to have done a solid job self-editing – but are nice to hear as markers of the band finding and honing their sound.

Also included are three tracks never before released but from the same early days; two covers and one original. The latter, “Dead”, is a far cry from the band as Imagica or any of their releases present them. Slurred, disaffected, deathrock-ish and just mean sounding, it bears far more in common with The Vanishing (or even Marilyn Manson) than The Birthday Massacre as we understand them. The covers are more par for the course: even if you weren’t expecting to hear The Birthday Massacre cover Faith No More, after a couple of minutes the breakdowns and harmonic changes of “From Out Of Nowhere” gel well with their style. Taking up Madonna’s “Open Your Heart” is a gimme: the band’s chiming keyboards knock the track out of the park, and Chibi’s vocals are an easy match for Madge’s impassioned pleas. Yeah, the band would later tread slightly similar territory with “I Think We’re Alone Now”, but this cut’s just far too fun to quibble with (and is a perfect complement to the Scholastic retro cover art).

Who should buy it?
Beyond Birthday Massacre die-hards, Imagica should appeal to those (like myself) who loved the band’s early records but have found it tough to get excited by their recent releases. In addition to putting their early work into sharper historical perspective, Imagica does a good job of recreating the days when the band’s mix of dreamy goth and forthright pop was a refreshing change on club floors, and may prompt me to revisit some of those newer records with open ears.