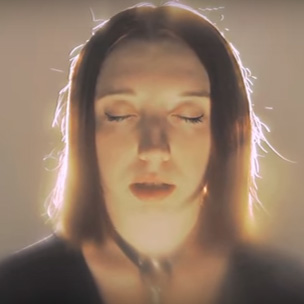 A lot of people are gonna write a lot of very smart, considered and sincere things about Suicide’s Alan Vega and his passing this weekend, and with good cause. We’ll be talking a bit about him on the podcast this week, but would be remiss in not noting that in a world of punk posers, rebels who were actually musical conservatives, there were few bands as incendiary as Suicide. A large part of that was in Alan Vega’s persona, a darkened twist on what it meant to be a frontman in a band who challenged a lot of ideas about what it meant to be “punk”. One of the great prophets of the pre-history of Our Thing, and we are saddened by his passing. Keep dreaming, baby. 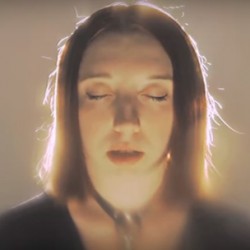 Through a backlit haze, lié are back

Vomito Negro, “Black Plague”
Not sure how we missed this back in June. We usually keep a close watch on the comings and goings of dark EBM gods Vomito Negro, you know, the way you might keep a close eye on a rabid animal of some kind. This new one is exactly what we want from them: straight no-frills body music with just enough the right amount of murk and poisonous fog. Album doesn’t drop ’til end of year apparently, but naturally we’ll be watching out for it. You know, the way you might watch out for a pit of spikes in a haunted dungeon.

3 Teeth, “Degrade (Cyanotic remix)”
One of the coolest things about the run-up to the first 3 Teeth album was how they used remixes of their songs to keep people engaged. Looks like they’re doing the same thing with their sophomore LP, since in the short stretch since they released “Degrade” we’re already getting some remixes on Soundcloud, including this one from Chicago industrial rock stalwarts Cyanotic. We’ll wager that there are more of these coming, but are happy to have this bit of mechanized nastiness right now.

lié, “Truth”
Longtime readers and listeners know how in the tank we are for Vancouver’s own lié, and may have noticed us talking up how much faster and more abrasive their new tunes have sounded out at shows. The first document of that new aggression is finally here, in the form of a video for the first taster of sophomore LP Truth Or Consequences, due out mid-August on Monofonus. Play catch-up if need be, check the 80s horror vid steez, and suit up for what’s likely to be a harrowing post-punk ride.

NYVES, “Just Give Up
So a Christian metalcore vocalist starts up a synthpop band…hey, wait, we’re not done! Christianity and synthpop have paired up well in the past (see Red Sector 1 and The Echoing Green), and frankly it was the metalcore association which gave us more pause when homeboy Bryan of Dark-Ware sent this our way. But it’s good! Has some Henric De La Cour and Twitch The Ripper feels.

Preemptive Strike 0.1 vs Borgne, “Eternal Masters”
Most attempts to blend black metal and industrial are straight trash, no lie. This we dig though, as Greek electro-industrialists Preemptive Strike 0.1 team up with Swiss KVLTers Borgne, for what turns into a pretty damn fine blend of programming, hell-scorched blastbeats and guitars. PS0.1 are actually doing a whole EP of these metal band collabs for DWA, complete with limited triple 7″. Strong stuff, made stronger by how lousy most attempts to do something similar turn out.

Morah, “It’s Been A Long Time”
Each of the three tracks on Greek producer Morah’s forthcoming third 12″ do an effective job of linking heavier styles of body music. But it’s the 12 minute beast which occupies the B-side which has really caught our attention, turning the acid down for the sake of a rumbling engine of a bassline which churns along a highway of squelching interference and textures. Vinyl’s out in September on Lux Rec.