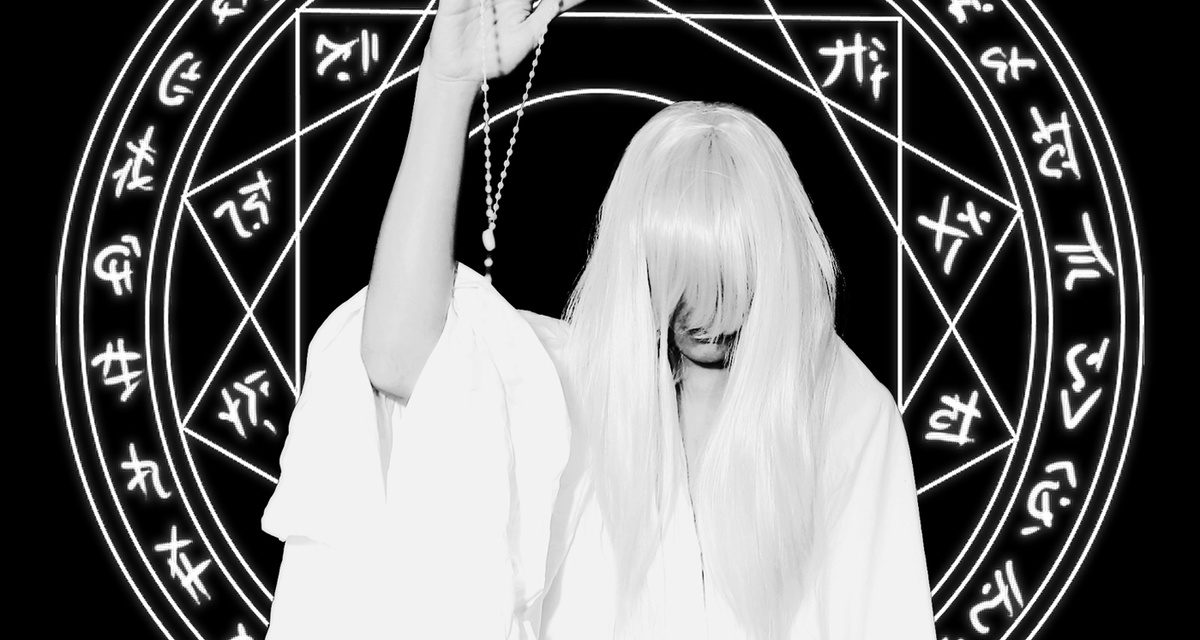 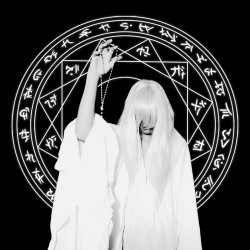 The arrival of Mr.Kitty’s Time seems strangely at odds with the remarkable second wind that last year’s Life is currently experiencing. The latter record has been re-released both domestically and internationally this calendar year, and while we’re pleased to see one of the best albums of 2013 getting the audience it deserves, it’s also a bit hard to reconcile the idea that Forrest Carney has still newer and differing music for us to absorb and unpack.

That trepidation is eased by the fact that Time is its own beast. While nominally part of Carney’s “Dark Youth” series of albums (preceded by 2011’s D E Δ T H and 2012’s Eternity along with the aforementioned) the accumulated smoothness and confidence of of those albums has been sanded down, leaving behind a sense of uncertainty and unease. If Life was an exploration of the travails and emotion of youth, Time is the sober entry into a whole new world of anxieties.

There’s always been a frantic nervousness to some of Mr.Kitty’s catalog, especially the tunes which feature the yelped, processed vocals which have almost formed their own character within the world of Carney’s music, analogous to Prince’s Camille alter-ego, similarly distinguished by vocal effect. And while that high-pitched persona returns in full-force on Time, it feels fully matched by insistent frantic tempos and slightly punkier instrumentation, as on the opening one-two punch of “XIII” and “Rats”. Again, these elements have been touched upon in plenty of Mr.Kitty’s previous efforts; they’ve just never been afforded so much of the spotlight that they seem to be guiding the album’s thematics.

That said, it’s not all skin covering coffee and real nervous teeth. Plenty of the sweet, smoothed out melodies of Life return, but rather than playing the role of up-front singles and dancefloor picks (“Insects”, “London”), on Time tunes like “Hollow”, “Pathogen”, and the dreamily pastoral “Child Of The Earth” serve more as unassuming periods of release or exhalation between the more aggressive outbursts. If Life played the middle ground, Time feels very much like it’s kicking between extremes. Positioned right at the 2/3 mark of the LP “After Dark” is as darkly romantic as anything Forrest has ever written, but its catharsis is almost immediately snubbed by the high-tempo impact of the manic “Laceration”.

While we’ve always positioned Mr.Kitty as a synthpop project, the record is equally (if not more) akin to the dark synthwave plied by artists like Trust and Purity Ring. Forrest doesn’t necessarily venture down the cul de sac of impassive delivery, but there’s a delicate stoicism that manifests on uptempo numbers like “Into Nothing” and the italo-tinged “Shadow Dancer”. It’s almost a necessity really, as a record fraught with feeling Time could be in danger of sliding across the line into the maudlin or syrupy if Kitty wasn’t so confident about how exactly how bare he wants to lay things out for the listener.

The distinctions between Time and Mr.Kitty’s other three LPs to date have mostly been questions of degree and personal taste. The idea of this release being a bookend to a quartet of albums certainly makes sense insofar as there are strong thematic and musical ties throughout them all, but it also raises the question of where Forrest Carney goes next. Will his first tunes outside the “Dark Youth” series mark a radical musical change, or are there more subtle thematic points in that series which we won’t have noticed until they’re shifted in a new direction? It might seem a bit unfair to heap a “well, what’s next?” line at an artist who’s just dropped an album, but such is the personality and niche which Mr.Kitty has carved out in an exceptionally short space of time that he’s deserved that manner of fervent attention. Until that time comes, newcomers and the committed alike have yet another release to explore, one which consolidates Mr.Kitty’s initial legacy with both howling fury and nurturing warmth.