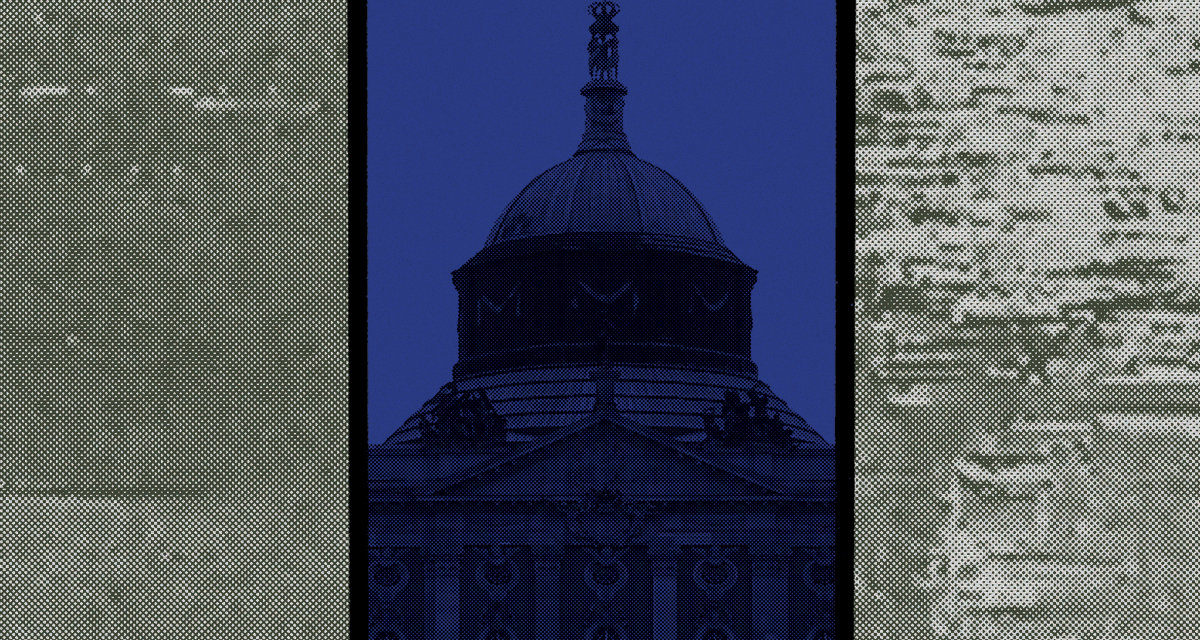 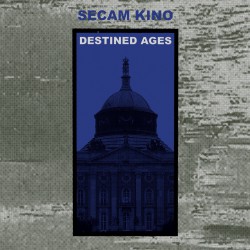 The music on SECAM Kino’s sophomore release Destined Ages is a kind of lo-fi, rhythmic industrial noise. Pushing forward from the project’s 2014 debut for Chondritic Sound, Dilettante Recital, producer Kyle Watson distinguishes himself with a renewed focus, bordering on millennial powernoise in intensity and concern with texture. It’s rough and sandpaper gritty, but those qualities are allowed to make up a bigger part of the tape’s sound, one layer of several strata across its six tracks.

For its abrasiveness and cracking percussion, there’s a certain mechanical calm that defines the songs on Destined Ages. Opener “Descending From Above” revolves around clipped and gated drum loops and a buzzing bass synth, allowing melody and structure to develop naturally between each collision. “Absence of Fruition” uses an ever evolving sequence of 16th notes to highlight and play up the machinegunned percussion hits, ending with divebombing laser squeals that blast the song to pieces. It’s certainly not easy listening, but there’s definitely something poised about their precise construction.

There are also points where Watson dips deliberately into murkier waters. “Distinctness in the Mist” is almost 50% over by the time a 4/4 drum pattern and chattering melody emerge from the track’s foggy outset. “Ages Melt Away” is structured similarly but with more emphasis on the caustic mist surrounding each clap and acid line. The beats are never far off, but SECAM Kino knows when to slide them in and out of central focus, maintaining their impact through simple application of dynamics in his arrangements.

It’s a wonder that SECAM Kino can display so much versatility with their toolset, even doing a kind of Dive/early Suicide Commando dark electro on “T S S” and “End of All Bereft”. For a release that moves the listener along so quickly from beginning to end, it manages a fair bit of complexity in terms of structure and mood, building and releasing tension to differing effects in each song. Its raw and ready attitude doesn’t take a lick away from the nuance of its construction. 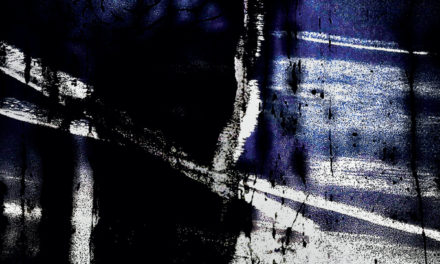