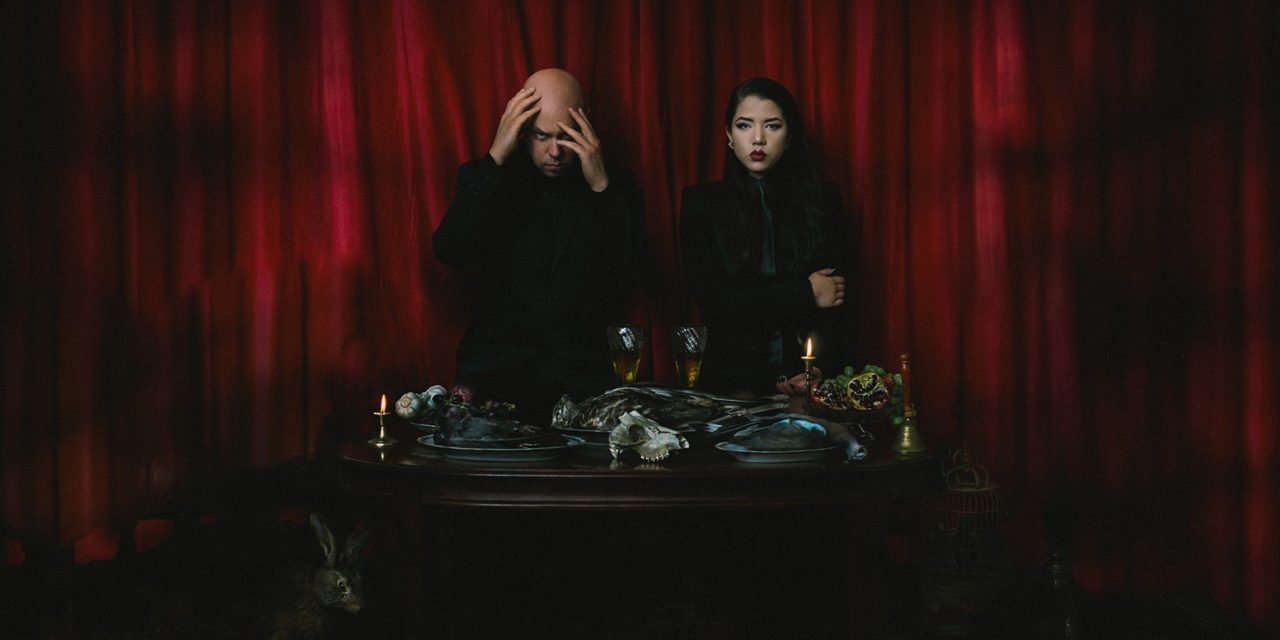 Alright, so second week of February usually means we can’t get away with talking about the new year anymore, and we have to actually focus on what’s going on musically within the ever so indistinct confines of Our Thing. Gotta say, it feels a lot like we’re in the cusp of something right now, some big shift in all this dark music hullabaloo that will define how things go forward for the year to come. Call it a hunch, a premonition, maybe even a portent even. God knows what the catalyst might be, or how obvious it’ll seem as it’s actually happening, but we know enough to know that it likely won’t come from an expected place, or be traceable when we’re in the thick of it. Of course we know these sorts of things are kind of mercurial, so while you wait why not partake in some of the here and now in this week’s Tracks? 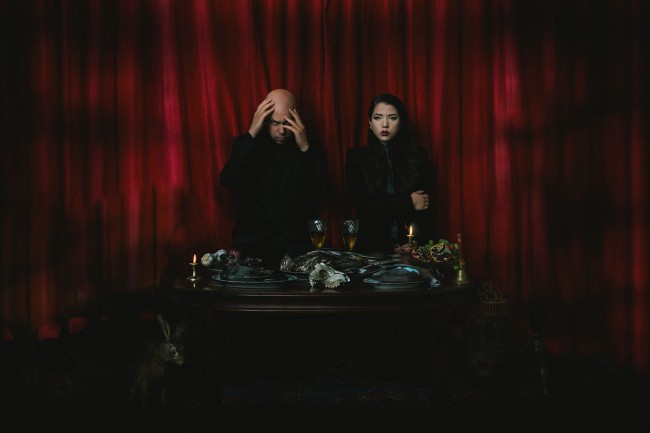 Secret suppers chez The Operating Tracks tend to get a little avant garde.

The Soft Moon, “Far (Blush Response remix)”
The Soft Moon is a band we normally don’t cover directly. Despite their relevance to Our Thing we commonly overlook them when we do these sorts of new song posts. Still, the line-up for their remix release Deeper Remixed is setting our world on fire, and we’d be remiss if we didn’t give some love to friend of the site Joey Blush for his remix of “Far”. Good tweaky techno flavoured stuff that compliments the circular, ever-escalating flavour of the original.

The Opposer Divine, “Human Animal”
A side-project of long-running Slovakian electro-industrial act Terminal State, The Opposer Divine’s Boris Mutina is certainly wearing his debt to FLA on his sleeve. But there’s plenty in the details of the tunes on his Reverse Human LP that point to a broader reach: smooth sweeps, submerged harmonies, and even some trance and house passages are all woven into an aesthetic that carries no small amount of slinky bounce along with traditional electro-industrial menace. Interesting stuff, to be sure. Hat-tip to the ever up-to-date Marc Church.

The Operating Tracks, “Testify (Extended remix)”
The tip off for Stockholm’s The Operating Tracks came from their association with Rein, with whom they’ll be touring in March and who features on the track embedded below. Now far be it from us to shout out to a project for a 242 reference in their name, but these cats have a bit of that old school going on, enough to make us curious what their forthcoming EP will sound like. If it keeps to this sort of meat and potatoes body music we won’t complain: we’ve an unending appetite for this style and are always happy to come across an artist giving it a solid workout.

Oldschool Union, “EKM”
Staying on the classic EBM tip, for all the love we show to Swedish acts, Oldschool Union are holding things down in their native Finland (and singing in their native tongue, to boot). A few years after debut LP Älä Ole, Elä!, Seppo Ahlstedt and Janne Vilen are set to return with sophomore record Perjantai on March 4th via EK Product. If this taster’s any indication, they’ll be taking an “if it ain’t broke” approach.

Vred, “Noche Rancia”
Every once in a great while a trawl through the Bandcamp tags yields some results. Such is the case with this pleasant bit of minimal synthpop from Madrid’s Vred. Never heard of them until today, and unsure what the deal is with this release as the download price has been set to a healthy 1000 EUR. Whatever the story is, we’re now aware that this act exists and will be trying to keep up with them as best we can. Anyone with any insight, give us a holler in the comments, yeah?

Suicide Commando, “Never Get Out”
What’s that? The re-release of one of Johan Van Roy’s early Suicide Commando demo tapes wasn’t enough to sate your appetite for incredibly raw, nigh-ancient dark electro? Berlin’s Sleepless Records have reupped their stash and have just another such release ready to hit the streets, this one, Black Flowers, of an even earlier vintage. Scraping and hissing, the Klinik influence on Van Roy’s earliest shit is on full display here. 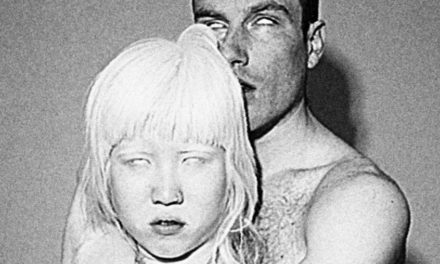