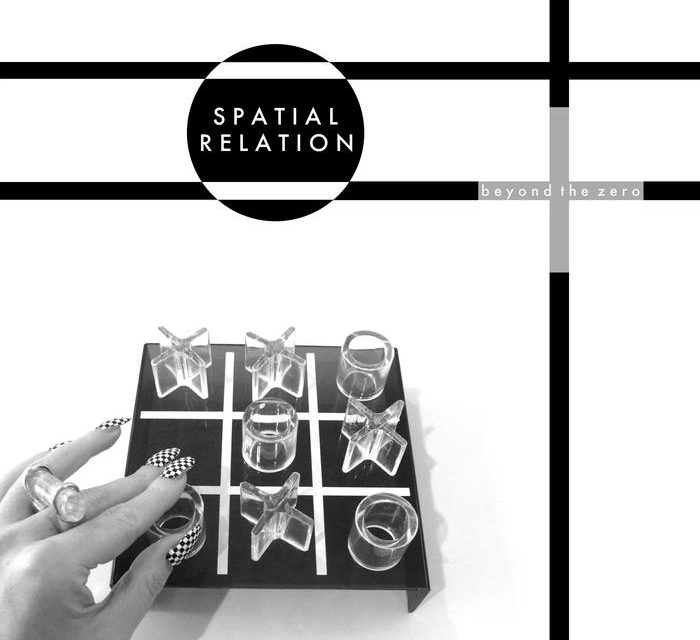 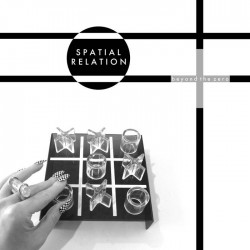 Spatial Relation
Beyond The Zero
Peripheral Minimal
Spatial Relation gave us a case of the shakes when we first heard the minimal wave duo’s debut track, “Escape Your Backmen”, three years back. Familiarity definitely hasn’t lessened that first impression, nor does it subside over the course of a lengthier visitation. Beyond The Zero is technically the band’s first LP but it’s only marginally longer than their Thoughtcrime tape, and consolidates that release’s sound rather than radically breaking from it. A few tracks integrate a couple more bleeping loops than before (opener “Phantoms Of The Future” does a good job at feathering the gas and brakes), but the mood remains intensely claustrophobic and anxious throughout Beyond The Zero, perhaps not unlike a Crash Course In Science tape played at half speed. Lissette Schoenly’s vocals maintain an impassive motone throughout, detailing the odd intersections and overlaps of ontology, medicine, neuroses, and mathematics. It’s an aesthetic which on the one hand keeps the listener at a distance, but on the other gets under the skin and isn’t easily itched away. 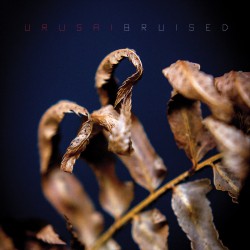 Urusai
Bruised
Crime League
Listening to Gregg McGillivray’s new EP as Urusai next to his decade old debut LP Microbial yields some interesting results. The Vancouver-based producer’s interest in rhythm and glitch is still the primary focus of the tracks on Bruised, but with a noticeably deepened range of sounds and a more measured tempo outlining each track. Actual percussion elements are generally limited to shorter loops and some accent cymbal programming, with precise stuttering and delays playing off each other to create movement and atmosphere on “Overwhelmed” and “Ghosts”. The biggest leap forward is in Urusai’s distinct ability to shift focus over the course of a single track, shuffling digitally distorted passages with echoing melodies and squeezed bursts of static in and out of the periphery on “Self-Doubt”. It’s a mature release, but also one that flows naturally from earlier work, addressing the artist’s own growth with a pleasing assuredness. For a short EP with some very fraught song titles, its most marked quality is its confidence. 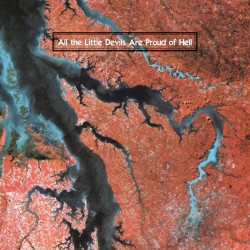 Various Artists
All the Little Devils Are Proud of Hell
Chondritic Sound
Los Angeles’ Chondritic Sound have cultivated that rarest of qualities as a label, that is an aesthetic that unites its artists in spite of their disparate styles. Everything the label puts out benefits from that, including recent compilation All the Little Devils Are Proud of Hell, a dizzying 18 track round up of DIY minimal, noise, and electronic psychedelia that summarizes the label’s output up ’til this point. That you can place such disparate sounds as Image of Life’s pulsing synth work, Mortal Bodies’ bleak ambience, and Pleasure Island’s grinding lo-fi take of power electronics together and have them seem absolutely at home with one another is impressive, but that those sounds from different producers can seem to be interacting and relating to each other is remarkable. It’s an intense curation of noise that works to not only define the umbrella that covers each song, but that adds context and meaning, conjuring a community across from each distinct voice present. Recommended for fans of the obscure, the opaque and the downright difficult, this is good an introduction to the best subterranean label currently operating in the heartland of new US industrial electronics.