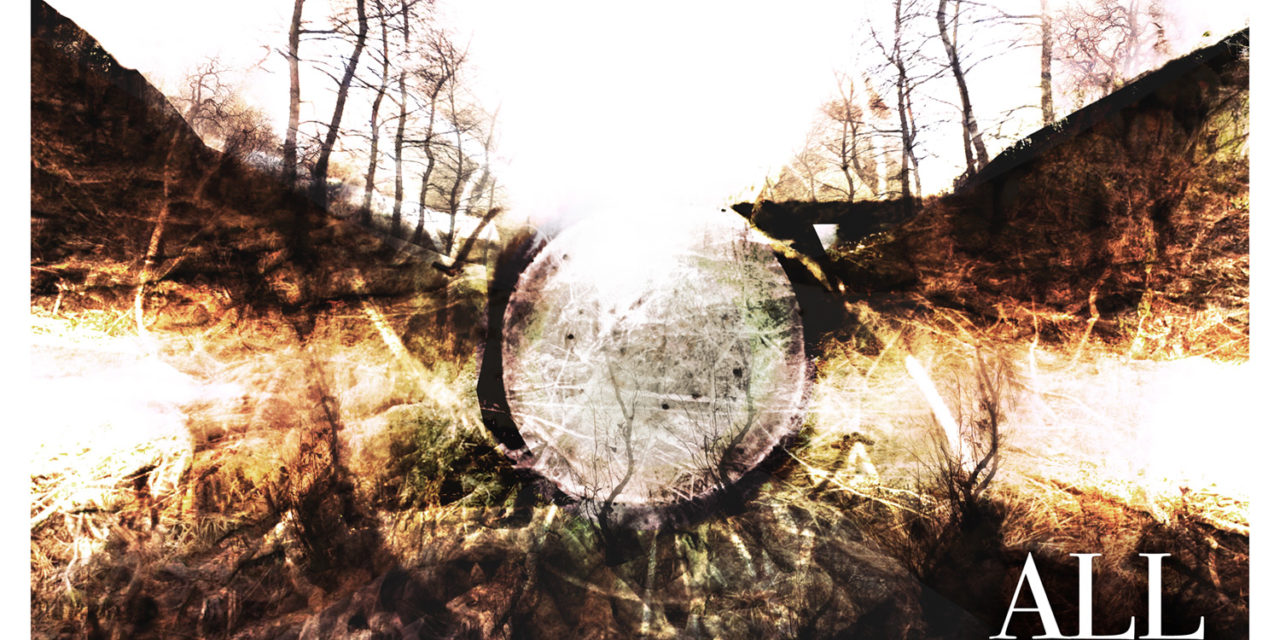 Blah blah, you know the drill, In Conversation is where we try to have a considered written discussion about an album, setting aside the formal structure of a review in favour of a more freeform assessment. This is two heads chewing something over until they reach some conclusions, maybe even insightful ones. This time we’re having a go at a terrifically mature new album from a modern electro-industrial act who may have delivered their landmark release. Read on… 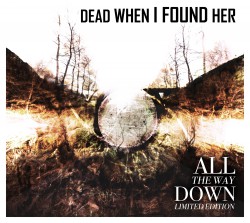 Dead When I Found Her
All The Way Down
Artoffact Records

Bruce: I have the sense that people are going to tag All The Way Down as Michael Arthur Holloway’s “quiet” or “softer” record. Its song structures are certainly more stretched out and sparse in parts than its two predecessors, and given its subject matter and the changes Holloway’s made to his use of vocals there’s a dreamier, more atmospheric thread to this release than was found on Harm’s Way or Rag Doll Blues. But I feel like that sort of assessment of or approach to All The Way Down overlooks not only the more considered and less aggressive moments on those first two records, but also the new ways Holloway’s found to communicate intensity in his music. While this record contains dozens of wonderful surprises and new developments, it never feels like an abrupt turn or break from DWIFH’s history to date. It feels like a verdant extension of what’s come before, with every branch or root growing new offshoots and exploring new possibilities. What were your first impressions of how All The Way Down compared with the first two albums?

Alex: For sure. I absolutely agree that this is an extension of Dead When I Found Her as we understand the project, which leads into a much bigger idea I wanted to talk about. I think there’s a problem artists have to overcome in the way listeners process music in 2015, which is that subtle shifts and changes in style and execution are much harder to communicate because we’ve all become so accustomed to assessing music at hyperspeed. So all these very small (and sometimes almost imperceptible) tweaks to approach get lost in this more general snap decision we make about a record being “slower” or “quieter” or “thoughtful”. Like, all of those descriptors make sense when you talk about All The Way Down, but they don’t communicate the broader scope of what Michael has done here.

To wit, I think the really intriguing thing about this record is how it pulls apart some of our ideas about classic and modern electro-industrial and then attaches them to a bigger conceptual framework. To use an example (and specially one we spoke with Michael about on the podcast), the way that samples get used to communicate ideas on the record is really fascinating. We’re used to hearing dialogue samples on industrial songs because it’s always been that way, but this record takes them and casts them as this sort of alternate commentary on the themes of the album, contrasting and sometimes providing a totally different viewpoint to the vocals. That’s an interaction I really think is worth pointing out, because it’s one that gets lost so easily but provides a good key for understanding the album and why it’s built the way it is. Any thoughts on how the album’s constituent parts (and the changes in approach therein) play off the theme of aging and death that informs the record?

Bruce: Yeah, I think one of the coolest things Michael’s been able to do throughout the Dead When I Found Her catalog is re-present a lot of familiar electro-industrial tropes without any thought of them being aggressive, confrontational, or “controversial” in the traditional sense. So many people have interpreted and utilized the sounds and conventions pioneered by the likes of Puppy to present a hardened and dystopian aesthetic, but that’s never been what DWIFH’s after. The softer and more wounded side of Puppy’s style is always what the project’s drawn from, and Michael’s not at all interested in scoring points by being rivet as fuck.

DWIFH has, from the get go, been a considered and measured band in a genre that often doesn’t reward subtlety. The fact that, as he recently discussed with us, the album revolves around a multi-character dialog about the reality and ethics of death and end of life decisions rather than a one-sided polemic seems important. The big dirtnap at the end of it all isn’t something that’s easily resolvable or one-sided, and the multiplicity of voices and attitudes we get on the subject seems like the perfect pairing for the mix of martial, psychedelic, and ambient turns that electro-industrial instrumentation is turned to on this record. It feels like death as a subject is being taken seriously for one of the few times in recent industrial memory and, thankfully, there’s a savvy enough musical bedrock for that gambit to work. What’s working for you in terms of the musical changes and steps forward Michael’s making here?

Alex: Well, I think there are two really big shifts that are worth talking about a bit. The first is that Michael’s vocals have levelled up, or the presentation of them has at any rate. I don’t think it’s unfair to say that DWIFH’s first two albums were good at working around some vocal limitations through clever use of processing and mixing, but this is the first time I think the project has ever hit the sweet spot where they feel really integral to the construction of the songs. The vocoder on “Threadbare” feels like a really canny way to other Michael’s voice so that it gets separated conceptually from other tracks that surround it. His default half-whispered delivery becomes this otherworldly last breath of the dying on “At Rest” (for the record, that song is heartbreaking to me, because it suggests this totally mundane and relatable series of questions that might pass through a person’s head as they slip away.)

The other change is in how the songs are actually arranged, and that’s a pretty easy one to peg from looking at the song lengths. The project had plenty of more drawn out tracks on the previous albums, but if you listen to how All The Way Down is put together I think Michael is allowing for more space and even more silence in these songs. Holloway has always shown a lot of talent as a songwriter in a genre where people don’t necessarily distinguish that skill from, say, production or programming as much as they should, and that really shines when you have songs like “The Noise Above Us” and “Misericordia” that break the 10 and 9 minute mark respectively, but feel justified in being that long. There’s multiple movements and distinct sections to this music that I don’t always associate with the genre, they feel more akin to the sort of thing David Sylvian does a lot of the time. Does that make sense?

Bruce: Definitely. Again, like the overarching theme and the “softer” musical elements, the track lengths and structures feel like a way Michael’s breaking with established electro-industrial tradition, but in a way that’s not nearly as confrontational or disturbing as, say, recent Mentallo records. The songs feel like they have every right to be that long as they’re following lines of thought and inquiry that are the product of long, meandering introspection and can’t possibly be condensed to shorter lengths without betraying their meaning. All The Way Down feels like a great achievement in that sense with regards to harmony between form and content.

I guess I keep coming back to the apparent contradiction of how radically different this record is, yet how unassuming it is as well. This sort of quiet revolution could mean that Michael is secretly Canadian, or (and more likely) that he has an incredibly clear vision of how he wants DWIFH to fit into the electro-industrial tradition, and more importantly how he doesn’t simply want to recreate the imitate the great albums and bands of the past. When we recently talked with him he spoke of his initial desire to just create at least one record which fit into that legacy and canon and his happiness at achieving that, but I’d say it’s in the break with established tradition that one often paradoxically enters that very canon, and with All The Way Down I think Michael’s done that. What’s your parting take on where this album places DWIFH in the topography of Our Thing?

Alex: Hard to say considering how fractured and indistinct “industrial” is as an idea right now, but maybe that’s the strength of All The Way Down. As a long time listener of the style and as a person who tracks it really closely I love hearing people address its legacy, and if you get an LP like this that can do that while gently pushing it to new places, that’s pretty great. You ain’t need to blow something up to challenge how we view it, and I think this record does a wonderful job of making us think about what it’s saying about industrial while it’s also telling us a story about an entirely other thing.

I guess in that way it’s a record that asks a lot of the audience to really get the most out of it, and that it relies on how curious the listener is to actually go down certain rabbit holes with it. That’s mitigated by the universal subject matter and the empathetic treatment of such, an emotional core that helps get the more esoteric elements to come across I think. It’s not difficult music per se, but it is demanding and manifold in its various goals and ideas, and I find myself actively thinking about it a lot when I’m listening to it. Definite contender for year end honours: folks should give this one a shot.