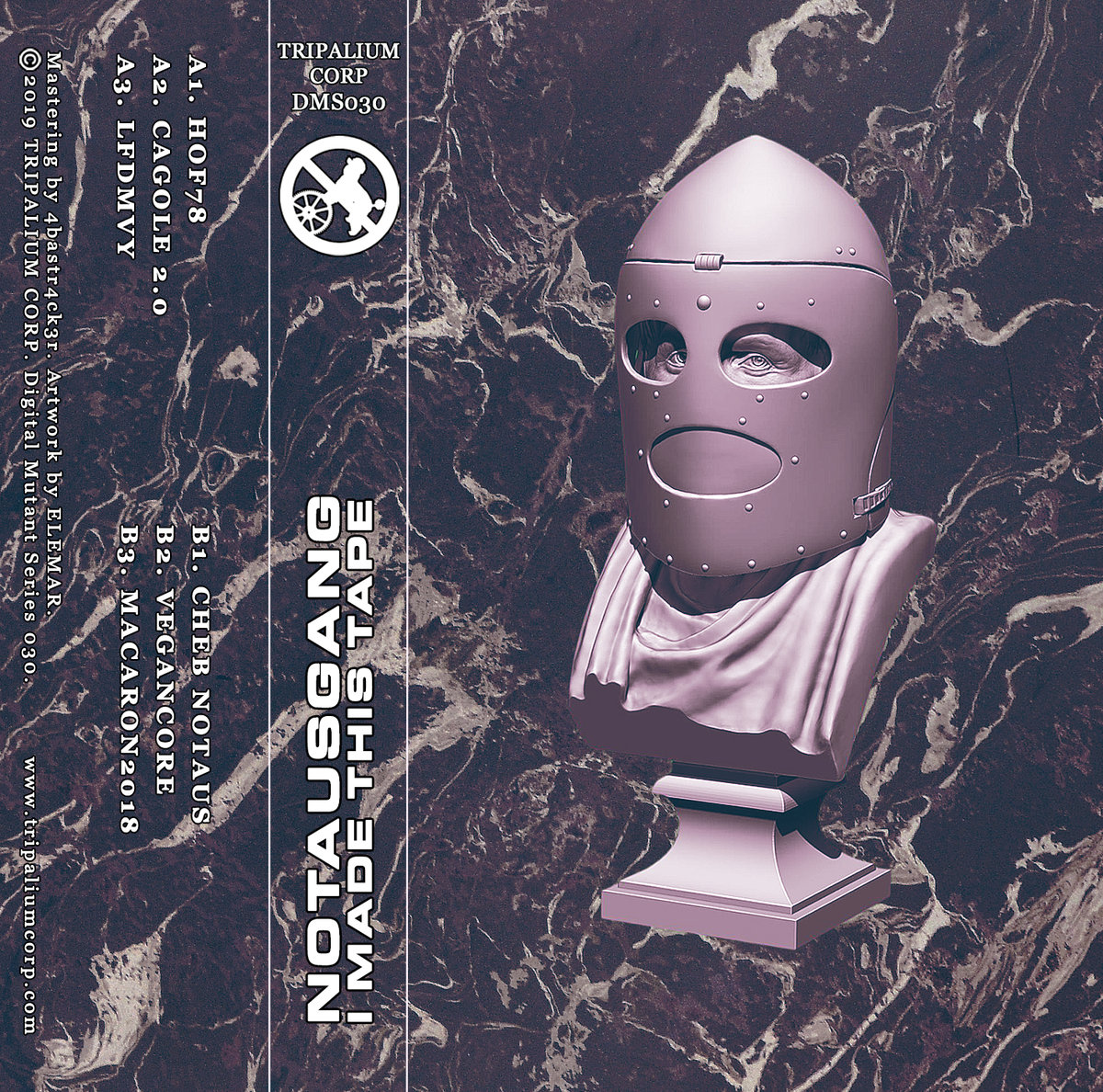 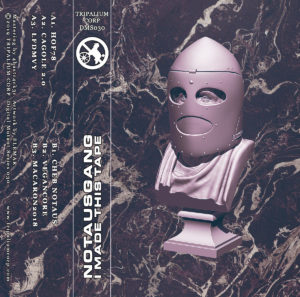 Notausgang
I Made This Tape
Tripalium Records
For all of the heaviness and brutal austerity of the techno-EBM renaissance, a tape like Notausgang’s I Made This Tape appeals not just for its refreshingly blunt title, but for its musical warmth and swing. Rather than trying to chisel out bleakly aggressive beats in an act of techno one-upsmanship, the Parisian act revel in the bouncy and at times bubbly side of body music. Much of the material here could be said to be re-examining the back and forth between EBM and new beat, with an emphasis on throwback textures and sound design choices. Both the burpy synth-bass on “Cagole” and the airy harmonic pads which punctuate “LFDMVY” feel like conscious choices meant to hearken back to a time when the sheer oddness of these synthesized sounds was a point worthy of exploration on its own merits. This isn’t to say that I Made This Tape is all reference without substance – the pinchy arpeggios which slowly take over the field of “Cheb Notaus” perhaps begin as new beat homage but by the time they’re in full bloom have taken on a spacey grandeur – part classic giallo, part the sort of thing we’ve come to expect from Mild Peril. With a well-paced run-time and tracks which never wear out their welcome, I Made This Tape delivers punchy but not excessive body music fun. 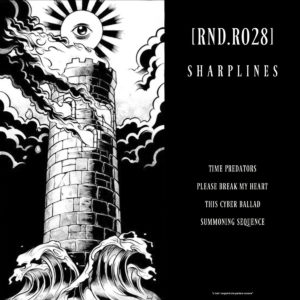 Sharplines
Time Predator
RND. Records
It feels like techno-EBM has become something of a snake eating its own tail. While the large supply of dancefloor bangers from labels around the world has certainly been a boon to DJs and dancefloors, it’s a crossover genre that easily falls into simple repetition of form with little in terms of innovation. An EP like Time Predators from mysterious producer Sharplines can still surprise though, applying some interesting quists to the now tried and true formula. Opener “Time Predators” has a deep, slowly opening filter mixed with a delay that expands and contracts, giving the song a breathing effect that belies its somewhat simple 16th note and kick-snare structure. “This Cyber Ballad” is a departure from that structure, with thin reedy synth leads and low, buzzing bass sounds that stand in sharp contrast to the dreamy vocal samples and rattly cymbal programming, feeling less like a modern track then the sort of nu-ambient techno Fostercare was plying a few years back. “Summoning Sequence” caps off the EP with a harsh metallic sequences and sinister strings, a little rhythmic noise, a little Bernard Herrmann. It’s a short EP, but with enough ideas and club appeal to recommend it above many artists working in a similar vein with less inspiration.