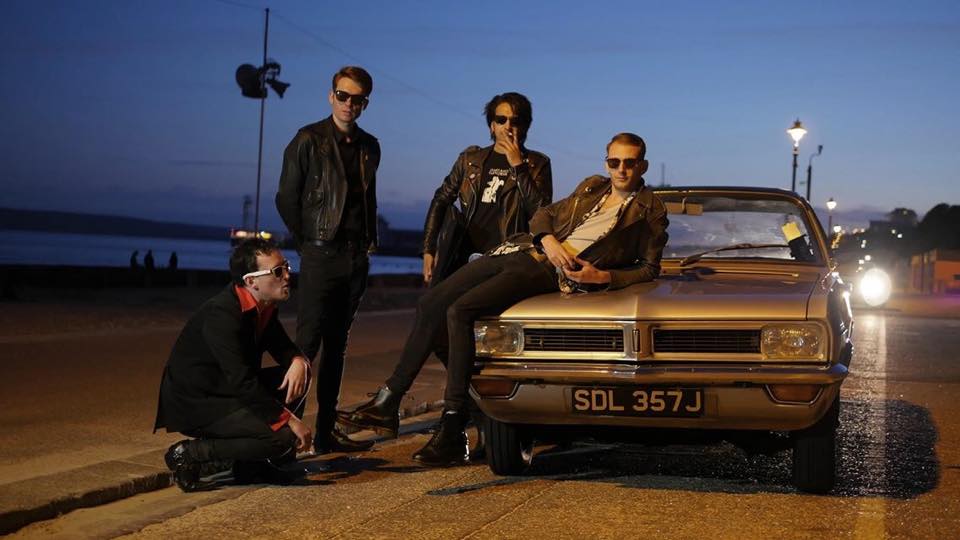 We’re back from Cold Waves and the 242 show in LA each in one piece (in theory). We’ll be doing plenty of review and commentary on this week’s episode of the podcast, but for now we’d just like to note how impressive the range of ages and experiences of the bands was. We saw almost brand new acts like Human Traffic playing alongside elder statesmen like Tom Ellard and Paul Barker, and a trio of young bands from LA each staking claim to lineages which are very different but which all intersect with the Belgian gods of EBM. For all of our talk about how Our Thing has (and should) change over the years, experiences like this weekend’s are a great reminder that multiple generations (and not just styles) of dark electronic music can work together to produce some amazing effects. Hey! Get your week’s tracks. Better late than never. 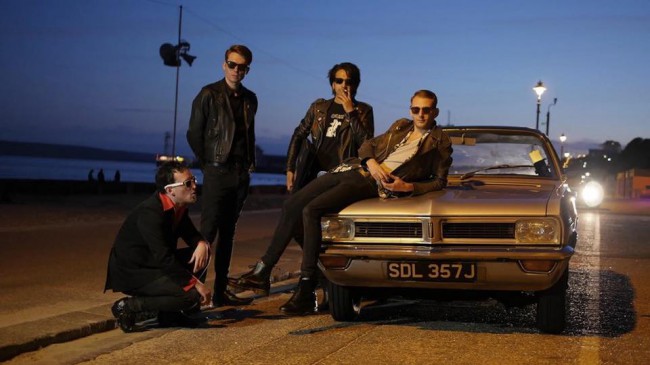 Aesthetic Perfection, “Never Enough”
As the name of the project suggests, Daniel Graves is constantly pushing Aesthetic Perfection towards his ideal vision of the project. The video for his latest single certainly speaks to that goal from both a visual and musical perspective, refining the mix of thick, clubby bass and drums and electropop melodies that informed his last full length, and the monochromatic palette of stage makeup and wardrobe he’s been working with for a while now. Catchy stuff, EP is out now with remixes from Information Society, Rotersand, Velvet Acid Christ and Solar Fake!

Terminal Gods, “Road Of The Law”
The groovy bastards in London’s Terminal Gods were long overdue for a missive; we’ve only had one track from them in the past two calendar years. This is maybe as stripped down an incarnation of their drum-machine propelled, street-wise goth rock’s ever gotten, heavily relying on almost mechanized guitar attacks. Does this portend a larger shift away from the more bass and groove-driven feel of Machine Beat Messiah? Let’s hope it’s not another two years before we find out.

OLMS, “This City”
On the flip side, it’s been less than two months since we took a look at Dennis Hudson’s (then) latest release as OLMS, and he’s already back with another EP of melancholy jams which weave back and forth across new wave, synthpop, and post-punk terrain in drunken reverie. We’re starting to suspect this guy’s had experimental surgery to keep from having to sleep at the rate he’s cranking it out. Maybe a little hint of Crocodiles’ high-pressure, fuzzy nostalgia on this tune?

Helalyn Flowers feat. Chris Pohl, “Beware of Light”
Leaving aside the I Die: You Die Senior Staff’s longstanding debate re: the merits of Chris Pohl’s work, he certainly makes an impression on this version of Italian electro-goth rockers Helalyn Flowers’ single “Beware of Light”. This is pure crossover stuff, a little guitar for flavour, club beats for those inclined to dance and all that vampiric goodness you might expect from a pairing like this. Suck it haters, and by “it”, we mean blood.

TSTI, “Things I Would Do”
Depeche Mode comparisons are usually lazy and shorthand for “kinda dark synthpop”, but every once in a blue moon you get a song that actually does rate the analogy. Such is the new one from New York state’s TSTI, channeling some of that “Some Great Reward” sound, down the touches of mechanical percussion and the longing/lusting vocal line. On top of being a pretty cracking tune in it’s own rite, it’s especially notable considering how many people shoot for this specific feel and come up way way short.

Hardcore Pong, “Jacob Lee”
After a couple years of promises and hype (and a whole mess of promotional rubber wristbands), the long awaited collaboration between The Gothsicles’ Brian Graupner and Zoog from Angelspit is finally here. The decision to create an album entirely comprised of sampled and repurposed whalesong is initially a surprising one, but as the record’s overarching narrative of a consciousness fractured by an unspecified trauma attempting to weave itself together again through remembrances of folk songs from its childhood gradually emerges, the delicate lyricism of this project begins to oh fuck it we can’t keep this up you know it’s a bunch of party songs about old video games. 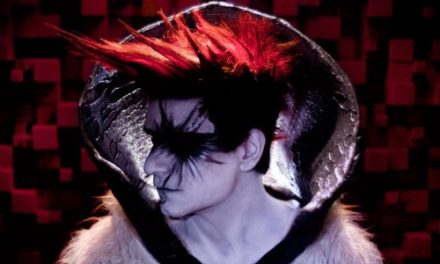