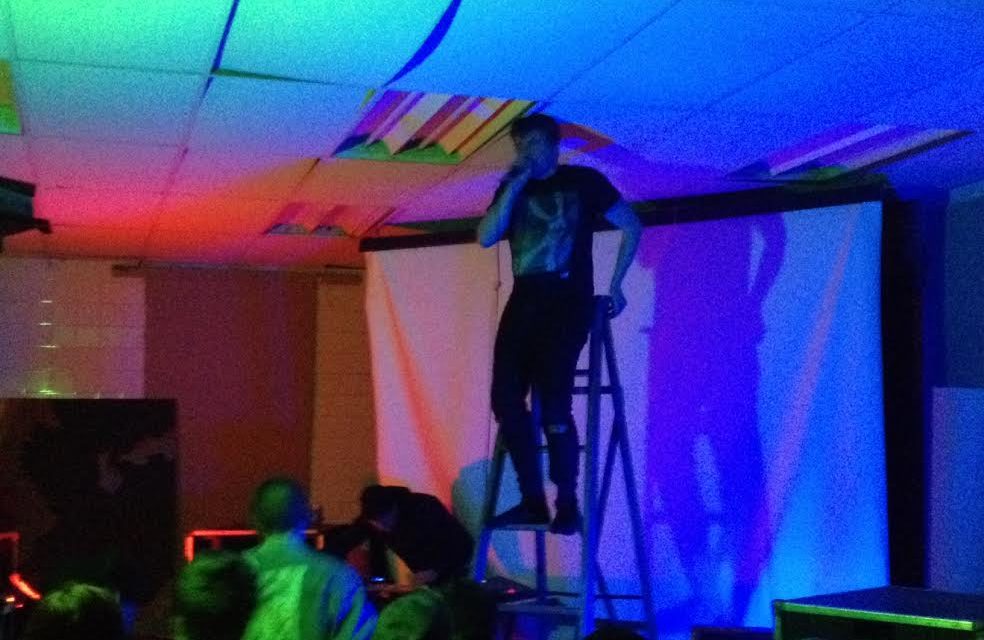 Morning, gang! We know we’ve become something of a pair of cheerleaders of late for the various new dark acts currently emerging in Vancouver, but damn if it isn’t difficult not to be, especially when shows like the one we caught this past weekend are happening. Regular readers know how entranced we’ve been with Animal Bodies’ latest work, and it’s always a treat to watch them ride through waves of synth bass and spooked guitar. We also saw the unveiling of Weird Candle’s new and more violent incarnation, but more on that in a minute. Both of the acts we’d never caught before were cool, too: the psyched-out minimal wave of Mourning Coup and Fake Tears‘ take on classic synthpop full of vocal harmonies and a dash of darkwave. Folks from across the city’s various scenes came together to check bands both loved and unfamiliar, just the sort of thing we were talking up recently as necessary to the city’s cultural health. In short, it was just the sort of night we want to see happening on the regular in our beloved Vancouver. With that bit of chest-thumping out of the way, let’s get to some new tracks, both local and exotic. 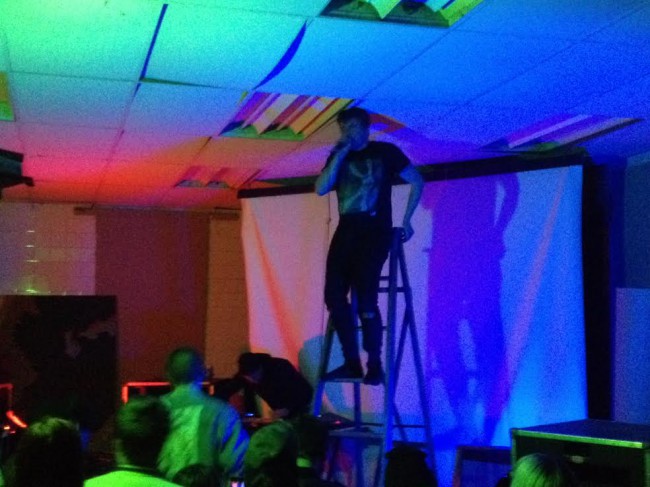 Weird Candle, “Psychic Controller”
Boy howdy, have Vancouver bizarro synth duo Weird Candle stepped things up for their proper debut on Weyrd Son! While still holding on to the quirky presentation that first endeared them to us, there’s a newfound aggression and crispness to their sound, as evidenced on this lead single exclusive to ID:UD. Touches of sleazy Soft Cell bump uglies with millennial electroclash a la Magas, but the restless tension and edge feel entirely Weird Candle’s. The Regeneration LP is out on May 22: stay tuned for more info.

Marsheaux, “Nothing to Fear”
Depeche Mode’s A Broken Frame is a transitional album for sure, written entirely by Martin Gore in the time between the pure synthpop of the Vince Clarke era and the gothic grandeur of the Wilder years. We gotta admit, we were slightly taken aback when we heard our favourite Greek synthpop duo Marsheaux were planning to cover the LP in its entirety. While judicious cover songs have long been a major part of the group’s MO, it seemed like a pretty bizarre proposition. We needn’t have worried though, as Sophie and Marianthi come through with some genuinely charming takes on each track, including instrumental “Nothing to Fear” below. Manna from heaven for fans of sweet, well constructed synth music.

Iioioioii, “Donkey Kong Country (Aquatic Ambience)”
The Digital Recovery project has released over a dozen comps in the past few years, raising funds for all manner of medical, personal, and disaster-related charities. The latest batch of tunes is being sold to help two children’s hospitals, and in keeping with that each song is a cover of a classic video game jam. Ontario comes across strong on this comp, with plenty of folks from the Ottawa Industrial League, plus our pals from Displacer and Glass Apple Bonzai. The US isn’t left out, though, with tunes from Dead When I Found Her, and this bit of ambient gorgeousness from Iioioioii. (Seriously, I used to leave this level on pause and fall asleep to this tune on loop back in the SNES days.)

Retrogramme, “She Gives Me Nightmares”
Something brand new from Washington DC synth outfit Retrogramme, who have an album coming March 20th on Italy’s Space Race records. We’ve always enjoyed how hard to peg Retrogramme are, while you can easily spot the industrial, EBM and darkwave influences on their sound, they’ve kept things fluid genre-wise, much to their advantage. This cut has a nice modern take on that circa-2000 club sound, especially with the duelling male and female vocals and sharp programming. Good stuff.

Carter Tutti, “Sin (2015: edit)”
We’re pretty fond of Chris & Cosey’s Pagan Tango, the straight up dance record the ex-Gristlers put together in the early 90’s that drew extensively from the techno sounds of the time. This 2015 edit of one of that album’s highlights “Sin” from the forthcoming Carter Tutti Plays Chris & Cosey is pitched just right, coming across as an imaginative retake of the song rather than a pointless update or rehash. We’ll certainly be writing plenty about C&T this year: between this release and the recording of a new Carter Tutti Void record, it’s a good time be following the first couple of capital-I Industrial.

Deep Field Array, “Quadrifid Orbit (section 3)”
Finally, some super deep and spacey ambient from newly incepted Vancouver project Deep Field Array. We can’t say for certain whether their compositions are actually composed of manipulated SETI field recordings, as advertised, but the long, spacious pace of their compositions, punctuated by looping pulses and static, certainly goes with that pitch. In addition to this three-part digital release, there’s also been a slightly noisier cassette release. 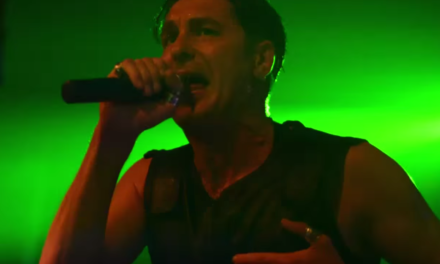