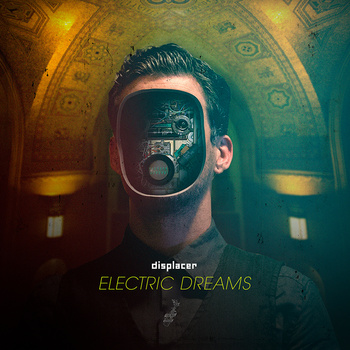 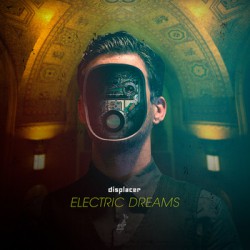 We’ve been on board with Michael Morton’s soupy, spacey, and somewhat tripped take on technoid since well before we started reviewing it. Like a beloved home cooking recipe, it’s always welcome and always familiar, and yet subtle little changes in spicing or ingredients seem to be all the more noticeable for their slight breaks from a tried and true formula. That was my framework for listening to Electric Dreams (no, sadly there’s no Moroder and Oakey cover), a mini-LP which holds true to Morton’s core aesthetic but mixes in some punchier percussion and chillier sequencing.

There’s still plenty of lush downtempo prettiness on Electric Dreams, but high in the mix drums on opener “Micro Chip Logic”, followed by some insistent chimes on “Robot Satisfaction” which almost recall Phillip Glass’ staccato vocal arrangements, produce a tenser atmosphere than usual. The crash-happy “Beast” and the grinding “Devil Woman” consolidate this. As with other Displacer releases, the only vocals are in the form of samples which are more about setting mood than name-checking hip flicks or even using bad-ass dialog. I’m not sure if the Billy Madison sample from whence “Devil Woman” gets its name is meant to connote a wink or just the observation that freed from their original context, samples can hint at just about anything.

“The Ghost Of You (I See)” and “Man Of The Atom” feel like the only throwbacks to Morton’s earlier days, with breaks and slowly tumbling drum programming buffered over by wet echoes and pinched off sine waves. “Tarrasque” bridges the gap with a choppy nod which feels slightly menacing, albeit far less so than its namesake (it of course took a naked D&D reference to make me think that Morton might have named his project after the fabled displacer beast).

Whether Electric Dreams marks a permanent if slight change in Displacer’s direction remains to be seen, of course, but Morton still has home field advantage in dropping this sort of “is it a full LP?” on his own Crime League label. Similarly, with such an established track record, Morton’s finely-tuned adjustments have a greater affect on the attentive listener than radical abrupt turns from a new producer might. Talent and perseverance do sometimes pay off, and the continuing excellence of Displacer releases is proof of just that. 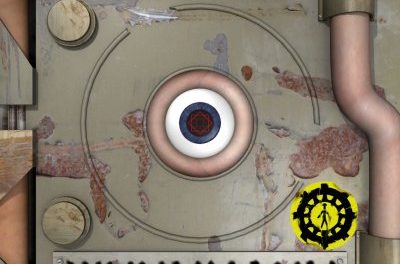