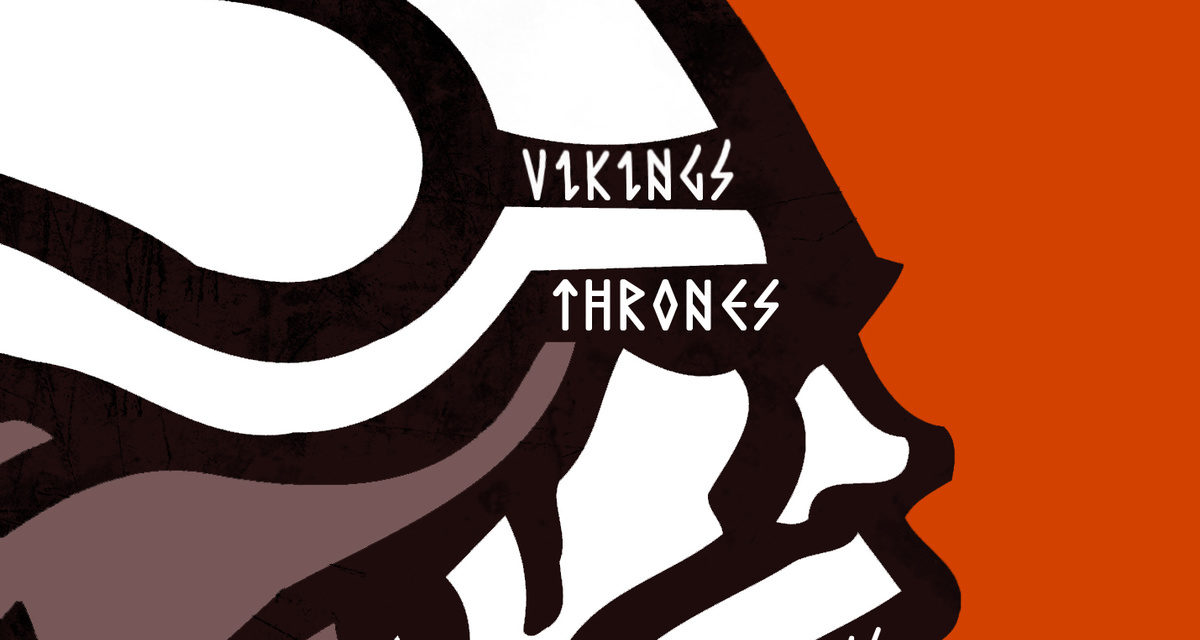 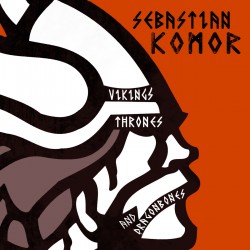 There’s an intriguing thread to be found in Sebastian Komor’s rapidly expanding discography, specifically the use of orchestral sounds to compliment his ultra-produced electronics. The producer-of-many-names (here’s a few: Komor Kommando, Squarehead, Moonitor, Melt, and that’s before you ever mention his collaborative efforts as a member of the now-legendary futurepop act Icon of Coil) has certainly used elements of soundtrack music in his work previously, as the Morricone-sampling “Hasta Fuego” and the ominous choir led “Cervus Pulsu” from Komor Kommando will attest. On his most recent album Vikings, Thrones & Dragonbones the balance is shifted, however, moving further from straight club numbers with orchestral accents towards a headier and deeper confluence of sounds.

As the album’s title suggests, much of the music on the LP is loosely suggestive of some fantasy epic, albeit one where the soaring high-adventure themes are established with synths as often as they are with more traditional instrumentation. The terrific build of “Vikings on Parade” takes up fully half the song, establishing a triumphant melody that flies high above timpanis and long crash cymbals eventually ushering in a dirty electro bassline that itself gives back away to variations on the earlier motifs. It’s a technique repeated to good effect in the portentous “Dragons Lair” and the tremendous “Angels Do Exist” where the complextro-style programming resembles an intricate baroque harpsichord piece.

What those songs all have in common is their at least passing nod to Komor’s established dancefloor style. Vikings, Thrones & Dragonbones does eschew that feel in several spots, with some interesting results. The oddly titled “Piano Overture in the Key of Grape” is pretty much what its name suggests, a straight piano piece, albeit one with some deep sub bass and tastefully digital atmosphere to compliment it. “Fallen Warrior” plays out similarly although with an amplified drama that skirts on schmaltzy territory without tipping over the line. “Lament” on the other hand uses a delicately programmed lead patch, ghostly distant keys and synth strings to make its impact, a subtle and thoughtful echo of the ideas that informed all the tracks that came before it.

If you look at Sebastian Komor’s recent releases under his own name on Spotify you’ll find quite a few albums of bombastic program music for Fixt records, presumably the sort of thing that is produced primarily for ad or TV and movie placement. You can hear echoes of those workmanlike instrumentals on Vikings, Thrones & Dragonbones, though its sound feels like a reconciliation of their broadness and bombast with Komor’s own personal artistic direction. It’s an interesting record by virtue of the skill of the artist who made it, a longtime fixture of Our Thing who is still developing new methods and techniques; in this case setting out to sea in a longboat with a few barrels of mead and an eye on the horizon. Godspeed Seb.