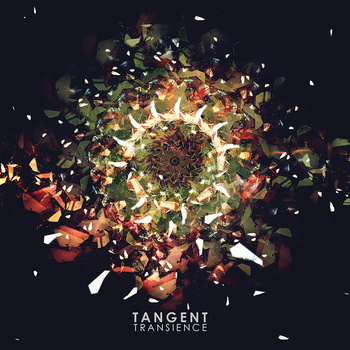 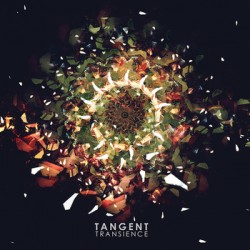 There’s just no mistaking a release on Tympanik. More than anything, Paul Nielsen’s done a fantastic job of curating material which lends his label a je ne sais quoi that’s more than the sum of the elements in the material he sources. Yes, you’re going to get IDM and technoid full of languid pads that move at a glacial pace and beats which sound like they were assembled using a microscope and a lathe. But you’re also going to get something else, an undefinable attitude or perspective on those sounds that only comes with having listened to a fair number of Tympanik releases. That subtle distinguishing feature can be seen in the distinctions between Tangent’s extant record and new release Transience.

Less foreboding and abrasive than their 2013 debut, 1mk2, the Dutch duo of Ralph van Reijendam and Robbert Kok break from sharp dynamic shifts for a take on ambient technoid that zooms in on individual components, stretching and reexamining them rather than aiming for frisson via juxtaposition. Much of Transience focuses on percussion, but aims at blurring the line between it and the other elements of the record. It’s almost as if the individual glitches which have made up so much of this music over the past fifteen years or so were being manipulated again after their programming: pitched down or stretched out so that they serve less as percussive ruptures and more as stand ins for absent vocals, as on opener “Drifting Frontiers”.

Glitches are woven into a wheezing, cycling rhythm on “Expanded Horizons”, forming a dusty approximation of an alien iron lung booting itself up. Factor in the subtle granular sheen on the background pads and it becomes very difficult to distinguish where Tangent draw the line between rhythmic and harmonic elements. There are more traditional technoid arrangements which still hold their own, like the pinched bubbling and spacey moments at the end of “Sublimated” or the filter-happy “Bloom” which sounds like a rave-up in comparison to Transience‘s far more numerous chilled passages.

It takes a while, but all of these elements eventually circle around each other enough (I imagine space dust coalescing) to form one pure and shining supernova. “Reformed Construct” weds the record’s most insistent beat with pads which slowly fall into sync, creating a glorious minute or so of rapture (with some Reich-like vibes thrown in). It’s over too soon, and opts for a minimalist coda, but it’s a great high spot which feels well earned by virtue of earlier motifs slowly coming together. The distinction between 1km2 and Transience is one of inches, to be sure, but those inches count. Falling well within the purview of Tympanik’s territories, Transience represents a solid move for Tangent and should offer fans of technoid’s ambient side a pleasant mix of relaxed yet stimulating listening.