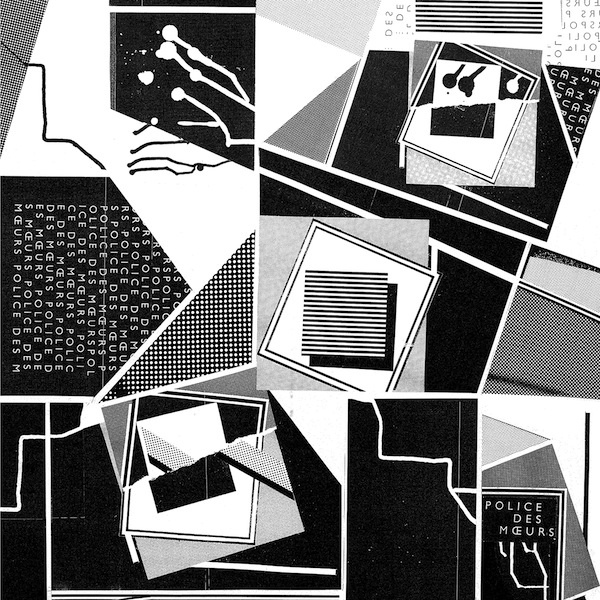 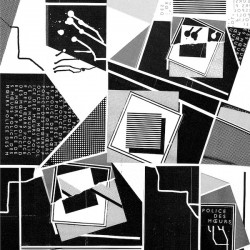 For all the of the retro-chic synthpop making the rounds these days, there’s precious few groups plumbing the weird and messy reaches of the style’s early years. While many bands are happy to recreate the polished sounds of the genre’s time in the sun, Montreal’s Police Des Moeurs seem focused on the outlying sound of acts like Crash Course in Science or Absolute Body Control; less concerned about pristine expressions of melody and more with the raw energy of synthesizer based pop.

While that description (along with the band’s on the nose motto “Paranoid electronic music for dark minds”) might make the group sound bleak, there’s a real sense of emotional energy and life to their compositions, a trait that keeps them well out of the minimal wave territory they occasionally skirt in instrumentation. The wistfulness of “Il S’En Va Quelque Part” is borne from equal parts the effete male and female vocals and the quixotic arrangement that ticks along at a steady pace, never coalescing fully, the synths eventually boiling over and coming to a stop. Even when treading more foreboding territory on the darkwave-esque “Je Serai La ‘Encore” you can hear a strange vigor pulsing underneath, finally surfacing in a climactic burst from beneath the shimmering veneer of reverb soaked drums and analogue pads.

Keeping in mind that there are a few numbers where Police Des Moeurs stick to a more standard playbook (“Nuit 1991” and “Derniere Chance” are nice but not revelatory in any way), it’s a matter of just how off-kilter and ebullient the group can get at times that sets them apart. On “Le Périmètre Des Fossoyeurs” the drum machine clatter hems in a swelling and contracting collection of synthlines, carrying the listener along so until it crashes into its ending like the band didn’t know it was coming either. Heck, they even do a fairly good approximation of grandiose shoegaze on the shining instrumental “Demain”, the rhythmic and atmospheric concerns of the rest of the LP subsumed in a good old-fashioned burst of swirling noise that feels light enough to take flight at any moment.

Not quite as punky as some of their obvious influences, Police Des Moeurs have found a sweet spot, not only between their melodic and mechanical leanings, but also in how they present themselves as a band. While I’d never place them either category, their fast-paced electropop could easily share space on a bill with any number of well to do acts from the current wave of minimal and coldwave revivalists. It’s their willingness to blur stylistic lines and allow themselves to freak out a little that makes them a standout: at a time when so many other acts are colouring inside hard lines of classic synth music, Police Des Moeurs are headed for the edge of the page.