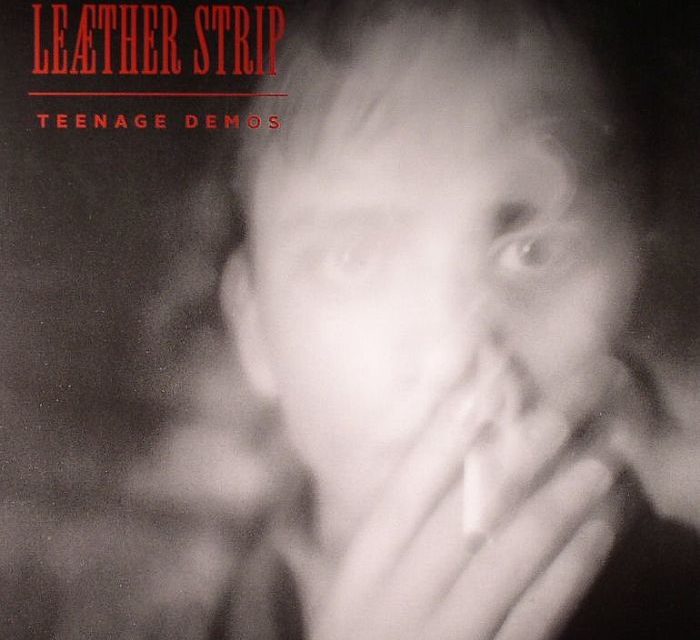 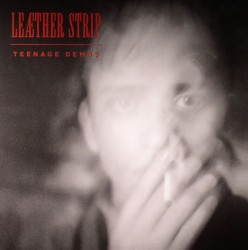 Releases like Teenage Demos are often dicey affairs. Leaving aside concerns about the quality of several decade old home recordings, there’s always a question of how pertinent those early experiments are vis-a-vis a project’s more established sound. There’s a threshold for relevance that is pretty much determined on an individual basis, to wit: are you a big enough fan to care about the baby steps of a given artist?

The answer to that is always going to be up to the individual listener, but in the case of Leaether Strip’s archival release via Dark Entries, I have no problem answering it with a yes. Claus Larsen’s earliest home recordings of may be a far cry from his seminal dark electro material, but the fact remains that amongst the assorted tracks on Teenage Demos there are more than a couple of synthpop corkers that would be suitable for reissue regardless of who made them.

It should probably be noted that this exact track listing was available as a bonus CD for 2009’s Alfa Matrix release Yes I’m Limited vol. 5, although the transition to vinyl certainly adds some appeal to the listening. Per the liner notes (which are pretty touching and worthwhile in their own right) these songs were written and hand-played without sequencing in Larsen’s home, so it’s not hard to imagine that a proper 12″ record was the format he would have envisioned them being released on. Plus, I feel like the upbeat melancholia of “Don’t Leave Me” and the bubbling Vince-Clarkisms on “Do the Dance” really benefit from being played on a turntable. I’m no format warrior, but classic synthpop of this stripe gains something from vinyl’s analogue warmth.

As mentioned, these are well and truly synthpop songs in the vein of early Depeche Mode and Yazoo, although trainspotters won’t have a hard time drawing a line between the 4/4 syncopation of “Way out in the Blue” and Claus’ later EBM songs. Similarly, the chiming instrumental “Northern Boy” doesn’t stray too far into the shadow, but a sense of turmoil acknowledged by Larsen in the liners is certainly lurking around the edges. The exceptional “Never Trust Anyone at the Carnival” comes closest to being well and truly ‘dark’, and pointing the way to the style Leaether Strip is most well known for, but it’s pretty different from the sunny “You Don’t Look the Same to Me” which precedes it. That’s not a criticism, but is important to establishing what you’re getting here: save for a couple later tracks, this is a collection of bright and shiny synthetic pop.

With that understanding, I think Teenage Demos is well worth it for fans of Claus Larsen’s later material, or for synthpop afficianados full-stop. The charm of listening to an established artist in their formative stages is here in full force, and while the name on the tin says ‘demos’, the recording quality is solid and the mastering for the LP format is handily executed. It’s a nice collection and exactly the sort of thing you want when you venture deep into the early catalogue of a musician you like, traces of the familiar mixed with the exuberance of the first throes of creation. 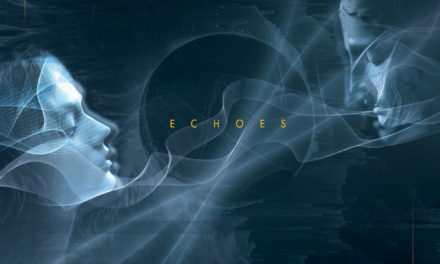