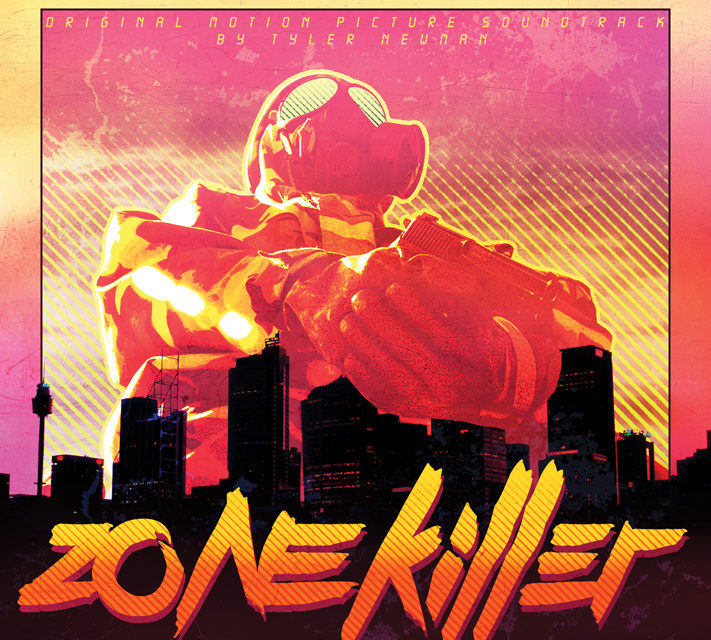 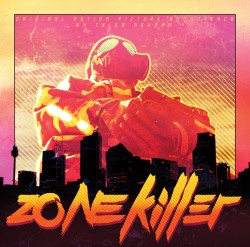 We’ve talked a bit about the issue of listening to soundtracks outside of their intended media, or in complete ignorance of said source material. While the titular film for which Tyler Newman (Battery Cage, A.E.C., Informatik) composed Zonekiller has yet to be released, its tracks so quickly and effectively communicate the mood of a specific brand of dystopian action/science fiction flick that it’s all too easy to craft a storyboard in your head as the album rolls along.

Instrumental apart from the odd sample (which I assume comes from the film in question), Zonekiller shifts between up-tempo tracks which marry bright, rounded synth lines to aggressive but bouncy percussion and atmospheric compositions with a mournful tone, and many points between. It sounds like a simple enough formula, but themes and phrases are introduced so quickly and clearly that Newman’s compositions never seem to be repeating themselves or spending time in the on-deck circle, and I’ve found it sliding by in what felt like half of its hour run-time.

The up-front placement of deceptively simple leads over gritty foundations, not to mention the song titles (“Endless Tower Blocks”, “Armor Piercing”) brings to mind Judge Dredd as directed and scored by John Carpenter (something Geoff Barrow’s fantastic Drokk similarly pointed to). But while Carpenter’s themes became earworms through constant repetition (come on, how many times did Michael Myers’ theme play in Halloween?), Newman’s work shuffles through cinematic snapshots much more quickly. For every “Nonlinear Zoom”, which seethes for two minutes before coming into chill breakbeat focus, there are four pieces like “Slomo”, which come and go in a minute, only giving us the briefest taste of chiming, nostalgic sadness. I could say that I’d have loved to hear some of those compositions fleshed out and given more time to develop, but who’s to say that the record’s brisk charm would be kept if that were the case? Like with any good genre flick, we’re never lingering too long in Zonekiller before moving on to the next setpiece.

Word is that the Zonekiller film won’t be released ’til 2015 at the earliest (and lord knows I’ve had a couple of friends’ independent film projects languish in purgatory for a decade), so we might be facing a situation like Download’s Charlie’s Family, in which an industrial soundtrack precedes the film by many years. That said, there’s no sense in letting Newman’s addictive compositions kill time in the penalty box in the interim: for your next Shadowrun table-top sesh, play-through of Blood Dragon, or trip through your mind’s eye’s own urban wasteland, Zonekiller is a must-have accessory.