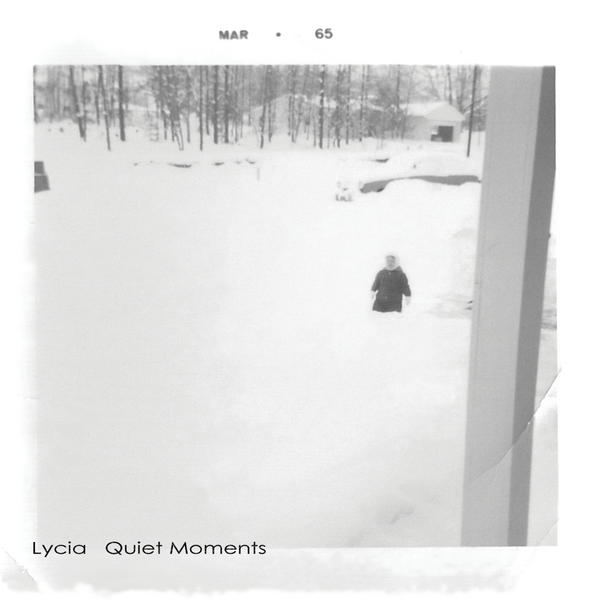 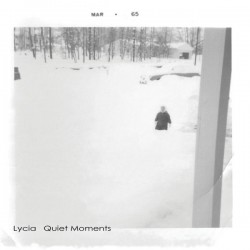 The tone struck by Arizona’s Lycia was always one of extremes, both lush and unforgiving. Their classic records for Projekt combined the harshest and softest elements of ambient, ethereal, and darkwave. It was just as easy to imagine them sharing a bill with Brighter Death Now as with The Cocteau Twins. After packing it in in 2003, the duo of Mike VanPortfleet and Tara Vanflower regrouped for an EP in 2010, and with Quiet Moments release an LP which retains much of their original moods, even if the tones in their palette have somewhat lightened.

I’ll admit to being predominantly familiar with Lycia’s earliest work, and so the absence of their more overtly abrasive sounds (echoing, doomy drum machines and buzzy washes of static, albeit always low in the mix and balanced with more harmonic elements) was a bit of a jolt when I cued Quiet Moments up, but I was impressed with how quickly and capably the same windswept landscapes and introspective nights I associated with the band were conjured up. “Grand Rapids”‘s vocal melody bears a passing resemblance to that of Slowdive’s “Dagger”, and the rolling, almost spacey guitar lines of “Greenland” remind me of another Projekt act of the 90s, Judgement Of Paris. None of this is to say that Quiet Moments doesn’t feel like a Lycia record first and foremost, though: VanPortfleet’s low and keening voice is unmistakable, and the bleak, fuzzed guitars which circle around staccato drums bring all the dark thrills I love about this band.

As the record progresses a more furtive mood closes in, with bubbling and grinding electronic loops taking more and more of the limelight. Again, while more electronic in nature, these aren’t necessarily the noisier elements of old, but point to a new and captivating means of wringing drama from composition in a very classically Lycia fashion. “The Wind Sings” and “Cold Star, Dead Star” provide an almost electro-industrial baseline for VanPortfleet’s slow expositions, and there’s an odd mix of bounce and slow grind on “Dead Leaves Fall” which, while not exactly floor fare, makes a hypnotic connection between the renewed interest in classic noise from the likes of Dom Fenrow and more syrupy, ethereal textures. Heady stuff that’s fun to get lost in to be sure.

A full Lycia record after a decade-long hiatus is certainly cause for celebration amongst long-term Projekt heads (and fans of classic ethereal and darkwave on the whole), but I can’t help but read something into the release of Quiet Moments on Handmade Birds. Sitting within a roster which includes experimental black metal lords Blut Aus Nord, goth/metal weirdos Pinkish Black, new witches on the block White Ring, and full-on legends like Cindytalk and Merzbow, Lycia aren’t letting themselves be dictated to by their past even as they extend forward naturally from it. They have much to show us in 2013; we’d do well to heed them.

Buy it on CD or on emusic.

LYCIA – THE VISITOR from Adria Ghiralt on Vimeo. 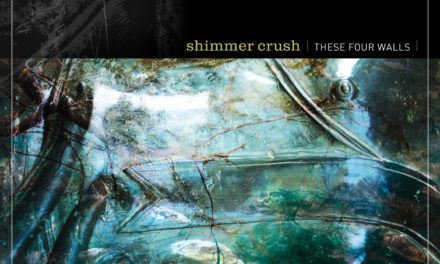