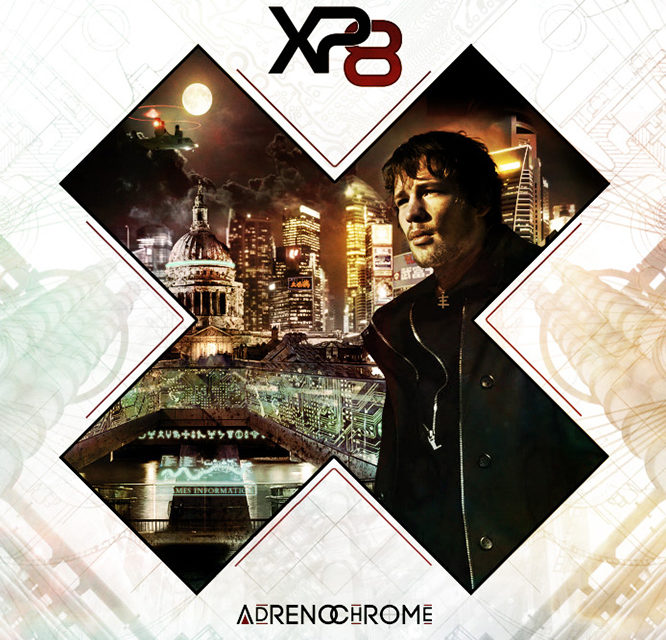 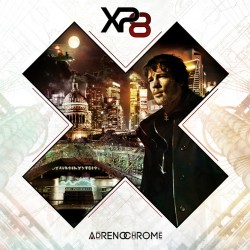 It feels like longer than three years since XP8’s last proper full length of all new material (Drop The Mask), but that might have more to do with their regular release of interstitial releases (A Decade Of Decadence, Burning Down) than the actual length of time in question. Regardless, Italians Marco Visconti and Marko Ressurection’s return feels all the more remarkable for the circumstances surrounding it; Adrenochrome isn’t just self-released and crowd-funded, it’s also a techno-thriller concept record, going so far as to come with the Ressurection-penned novella on which it was based. Direct and polished, it’s a perfect consolidation of the duo’s strengths.

Mostly uniform in length and hovering at 140 BPM, Adrenochrome‘s tracks would constitute the most cohesive entry in XP8’s catalog even if it weren’t for the narrative thread tying things together. Speedy, bending leads nicely communicate the speed and flashing lights of the album’s future noir world. The relatively full-bore grooves punch in and out with tapered precision, keeping the beats from ever getting monotonous. You want club joints? There’s an embarrassment of riches here: any of “Awakenings”, “Night Run”, “Hunters”, “Hostages” have both the immediacy and depth of play required of floor-packers which DJs will want to return to for more than a month.

Pressing things into a tight and slick package like Adrenachrome doesn’t come without a cost. Marko’s vocals often feel a bit boxed in; robbed of breathing room or much chance for subtlety amidst the density of the arrangements. Speaking of things being dense, I did feel a tad assaulted by the LP’s heavy use of side-chaining at a few points (though yeah, diff’rent strokes, and yes, it is a dance record);the all in the red production bricking out much of “Getaway” and “Beyond The Looking Glass”. I appreciated the chance to get a deeper listen to the band’s arrangements on more drawn out tracks like “Going Underground” (which might show some traces of Visconti’s occasional interest in witch house sounds) and “Hostages” (where Resurrection’s vocals take an eerily Robert Smith-ish turn), none of which detract from the record’s unity or floor fun.

Based on pre-release Internet argle-bargle, I’m sure that some will want to make a case for Adrenochrome representing either the salvation or damnation of club-oriented industrial on the basis of its occasional flirtations with dubstep sounds. I may be in the minority, even amongst ID:UD staffers, but I’m not sure that the intersection of dubstep and industrial, whether explored in detail (as on the forthcoming Comaduster record) or referenced with the briefest of drops (as on Adrenochrome), heralds a true sea change in industrial’s sound or DNA. It’s always been a catholic genre, absorbing and assimilating motifs from other forms of electronic music, with individual artists relatively free to embrace or ignore those a la carte. When was the last time someone lost their mind, for better or worse, when they heard a band use an amen break?

Like Grendel’s Timewave: Zero, Adrenochrome feels like a moment at which a longstanding band’s strengths finally come into focus thanks not only to more polish, but to an ability to marshal everything they’ve done before alongside a host of new sounds. Blending all of those, keeping touches of futurepop, electro, EBM, and, yes, dubstep all in sync and overlapping with another is a testament to XP8’s skills as arrangers, and to Adrenochrome‘s capacity to dazzle. 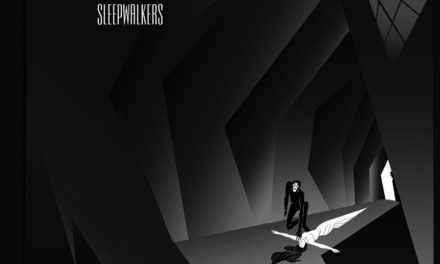