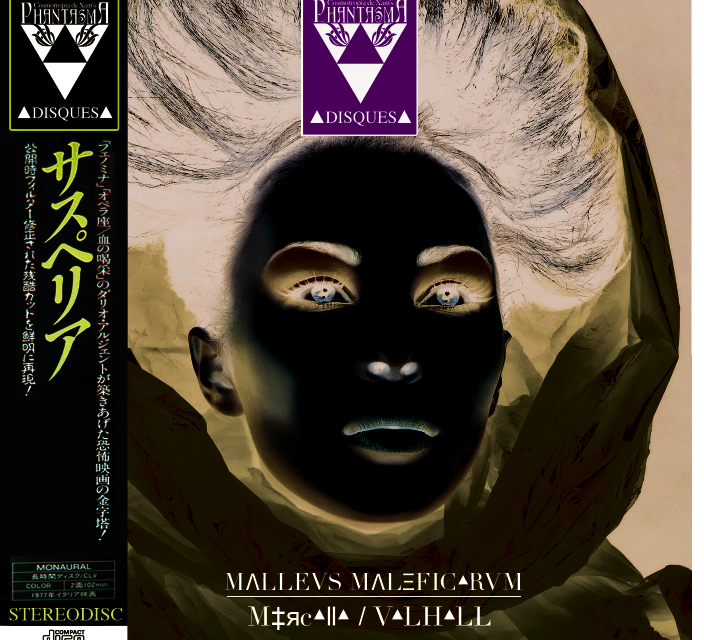 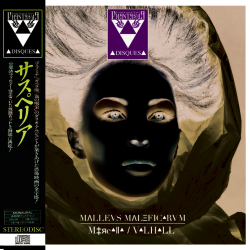 What a difference a year makes. When the mysterious production teams behind V▲LH▲LL and M‡яc▲ll▲ collaborated on their GĦØSŦS OF ΛNŦĮQUĮŦҰ split in 2012, we couldn’t help but listen to it in the framework of the new and productive intersection of industrial and post-witch house sounds, and position it alongside work from ∆AIMON, C/∆/T, and other artists exploring that same connection. Having spent the interim period tracking both M‡яc▲ll▲ and V▲LH▲LL’s individual output via digital singles and remixes, though, it felt more natural to approach Malleus Maleficarum from the perspective of each group’s progression since they previously worked together. Both have charted distinct paths for themselves, and both show refinement and expansion of their aesthetics here.

Beginning with the A-side, there seems to be a much more regimented division of labour within M‡яc▲ll▲’s tracks on Malleus Maleficarum than we’ve previously heard from the NY outfit: tight synth bass acts as a tremoring foundation for more heavily filtered and tweaked leads. Atmospherics are more stripped down than before, with builds and falls in walls of synths (as on “MVRDEЯESS”) and samples being called upon to communicate mood, producing crisper, less ambivalent compositions. M‡яc▲ll▲’s proximity to dark electro has never been closer as it has on this release (and not just due to the similarity “Ĵєannє d’Λrç”‘s chord changes hold with The Retrosic’s “The Lucky Ones”).

Speaking of samples, it’s funny, but on this suite of tracks which often make explicit reference to haunted houses (and whose title refers to a medieval treatise on witches), M‡яc▲ll▲ has never seemed less witchy. Apart from a couple of trap-esque beats here and there, Necrotek feels like a much closer neighbour of the specific spooky occult moods M‡яc▲ll▲’s going for than, say, Mater Suspiria Vision (M‡яc▲ll▲’s labelling their new tracks as “bloodwave” on Soundcloud, which is pretty cool as far as self-applied genre monikers go).

It’s not just sounds that feel more varied with V▲LH▲LL, though. The trading back and forth of male and female vocals (oddly framed by wet, clopping synths) on “▲ THRΣAT” feels like the work of a far more chill band, possibly of the Projekt ilk, before noise crashes in again with suitably Nordic lyrics (“In the name of Tyr and for the glory of Odin”). “SNΦW ▲NGΣLS” and “THΣ SH▲PΣ OF HUGIN” each have a lilting dreaminess of their own, the former druggy and unsettling, the latter seductive and almost waltzing. If not quite ballads, these are certainly a new type of V▲LH▲LL track at a structural level, and show chops above and beyond their already-proven talent for sound sculpture.

When we first started tracking bands of M‡яc▲ll▲ and V▲LH▲LL’s ilk, it wasn’t just for the strength of their existing material (as great as it was), or for what their blend of sounds represented in terms of genre-bending; it was also because they seemed like they could strike out into just about any new territory at a moment’s notice, each heading in different directions like a darkly explosive diaspora. I’m not signing off on Malleus Maleficarum because it’s “the future of dark music” or any such grandiose claims; I’m signing off on it because it’s the future of two dark bands, both of whom have staked claims in strange new lands, far from home.