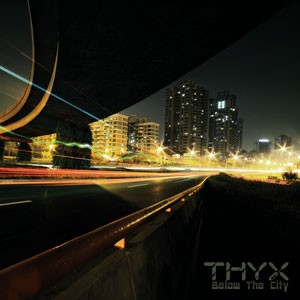 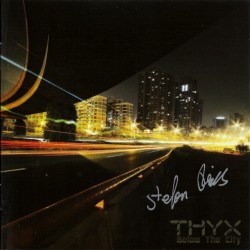 THYX
Below the City
THYX Records/Metropolis

The first THYX album The Way Home came out a few short months after the release of Stefan Poiss’ latest as mind.in.a.box, and in some ways benefited from the comparison. Minus the conceptual underpinnings of his collaborations with Markus Hadwiger, the project felt like an outlet for Poiss to stretch out creatively and play around with his brand of hyper-composed future EBM. One short year later and we have Below the City, an album more focused and specific than its predecessor, and while less spontaneous and off-the-cuff sounding it’s no less enjoyable and highlights many of Poiss’ strengths as a songwriter, programmer, and most of all, performer.

The word I use most often in reference to mind.in.a.box is “progressive”, and I think that holds true with his work as THYX. The level of craftsmanship in his productions is staggering, and while often times that level of studio acumen leads to people making boring music with impeccable technique he’s always managed to keep a very relatable human element at the center of his work. Some of that certainly stems from his vocals, which have grown from perfunctory if unspectacular to fairly accomplished, bolstered by his clever use of modulation and effects. Yes, the music on Below the City is built up from all manner of ultra-slick synth programming, but it’s Poiss himself who stands at the center, not only as producer but as an artist.

Stefan’s tendency to sing in a higher register seems to be a sticking point for some listeners, but on songs like the single “Network of Light” it fits perfectly, granting a grand, soaring quality to the smooth and speedy sequences that ramp up and drop back between chorus and verse. The funky “Roses” is equally well-served by Poiss’ vocals, accompanied by a synthesized electric guitar (long one of Stefan’s secret weapons) and bubbly major key sequences for an effect that would be corny if it wasn’t so genuinely fun to listen to.

That’s the key to Poiss work as THYX I think, that willingness to let it all hang out and make music that is replete with sentiment and lacking in any of the customary irony that so many EBM artists use to distance themselves from their audience. True, you might occasionally raise an eyebrow at him going into a full-on wail (like on his collaboration with Machnima artist Ray Kofoed “Survival Instinct”) or rocker croon (as on the piano led ballad “Alien Love”), but I find it hard to hold it against him when the songs themselves are benefited by it.

From a genre standpoint I think of what THYX does as an update and expansion of the intricate, techno-minded body music that X Marks the Pedwalk and New Mind were making in the late 90s. Where the rise of futurepop around the turn of the millenium quickly supplanted those sounds with simple trance-fed leads and basses leaving it as a largely unexplored branch of EBM, Poiss calls back to them in service to his songwriting. I suppose that’s somewhat evident in all his material to a degree, but it’s in THYX, freed from any other conceits and concepts, that it seems to really breathe and take on a life of its own. Below the City is the sound of a virtuoso unconcerned with where and how his music might fit into any greater scene or legacy, and in that respect his vision is as far ahead of the curve as his technical skill. 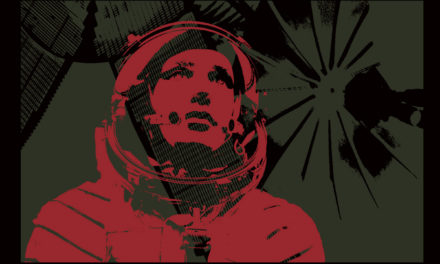