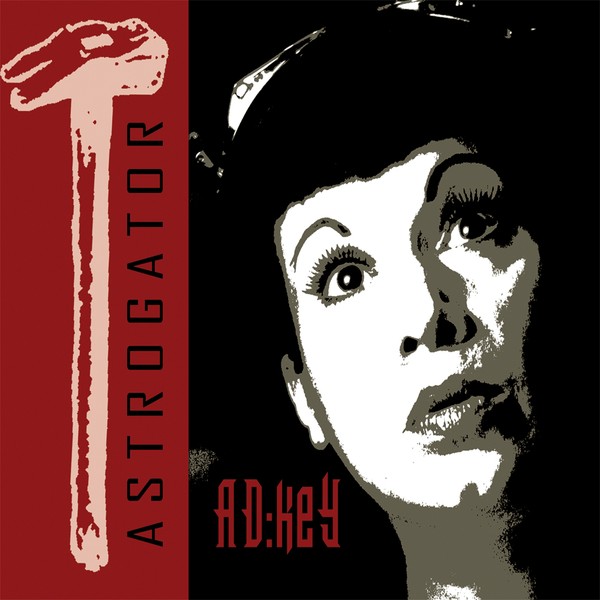 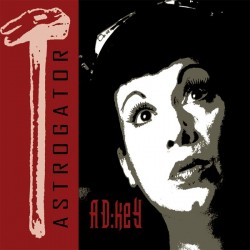 I have a weirdly pragmatic relationship with a lot of neo-oldschool EBM. From a critical standpoint, what I want from it isn’t at all different from what it typically delivers; stripped down, classically formed body music in the DAF/Ebb template scratches certain musical itches for me, and consequently my assessment is usually more about function than anything else. Does it have a prominent bassline? Are the drums mixed nice and loud and sitting around 140 BPM? Is it mostly unadorned from a production standpoint? If the answer to those questions is yes, there’s a strong chance I’ll enjoy it. I have near endless playlists of the stuff, and although I wouldn’t go so far as to call myself a connoisseur, I’m at the very least a fan of it.

With that understanding, records like AD:Key’s Astrogator leave me in a bit of a critical quandary. It’s not a stand-out album in or out of its genre, but it delivers what I want from it pretty handily, a clutch of songs where the tried and tested muscle and hate template is applied with slight variations. You’ve got your standard four on the floor club numbers, complete with clanky percussive accents (“Tanz, Püppchen Tanz”, “Kalter Krieg”), your half-time groovers (“Aufrecht”), and a whole CD of fairly solid remixes by like-minded acts which explore the possibilities of Astrogator‘s songs without straying too far afield (particularly notable are the contributions from Plastic Noise Experience, Robotiko Rejekto, and Restricted Area). Everything is well executed from a production standpoint, and the male and female vocals from husband and wife team Rene and Andrea are well balanced between shouting and sinister crooning. There really isn’t anything to be picky about from a technical standpoint.

If I have a major complaint about AD:Key, it’s that they occasionally show glimpses of greater ambition that aren’t totally played out. The slower numbers like “Cor Serpentis” and closer “Explorer” each flirt with more composed arrangements that rely far more on melodic synth and keyboard progressions that on rhythm, but those elements are kept largely segregated from the meat of the LP. The title track comes closest to reconciling the two approaches, but it’s fairly anomalous in the grander scheme of things. Astrogator doesn’t seek to reinvent or buck conventions, and docking it for a lack of innovation seems petty.

But is it good? Well, I guess that’s where I get to fall back on the critic’s friend, Mister Subjectivity. My expectations for Astrogator are a function of how well it satisfies my desire for old school body music thrills. It has those, and avoids the stuff that sinks a certain percentage of similar albums, like muddy production and weak or indistinct vocals. It’s unlikely to convert anyone to a rabid fan of the style, but that’s not a useful measure of success for a record like it. Let me put it in these terms: any mature genre has records that challenge the status quo and records that are exercises in the tradition of the form. This is most definitely one of the latter, and my enjoyment of it is based firmly on how much I happen to be craving what it does at any particular moment. In a climate where music of all stripes is so thick on the ground that it’s often hard to pick something to listen to, it’s a pleasant, uncomplicated choice, and I find that appealing.