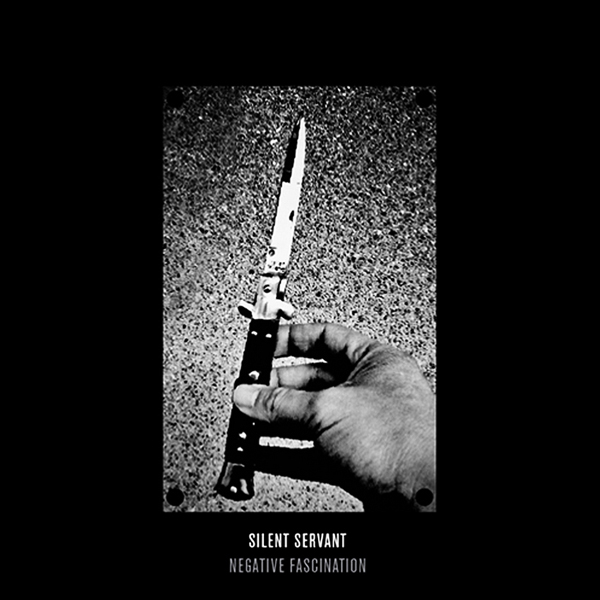 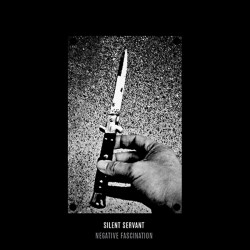 The Basic Unit compilation which Alex made mention of yesterday is emblematic of a new trend we’ve been noticing: producers with industrial backgrounds reaching backwards into the roots of techno, combining the two and producing tracks which feel simultaneously out of time and of the moment. Juan Mendez of Silent Servant, who also does time in coldwave outfit Tropic of Cancer, flips that script, taking the minimal techno template he’s been slowly nudging into noisier territory over the course of about a dozen 12″s, and shoving it over the precipice into an industrial maelstrom on the project’s first full-length release.

While Mendez had previously traded in an icy and stripped down mode of minimal techno, the heavy atmospheres and muted distortion with buffet the cores of Negative Fascination‘s pieces speak to an increased interest in classic industrial and noise. This dovetails well with Negative Fascination being released by Dominic Fenrow’s Hospital Productions. Fenrow’s work as Prurient obviously skews to the power electronics tradition, but his Vatican Shadow project, with its mix of simple but anxious beats and long, drawn out synth washes, feels both like the flexing of newfound creative muscle and the uncanny re-presenting of bygone sounds, and much is the same on Mendez’s Negative Fascination. The muffled, staccato notes and struck beats of opener “Process” feel more like minimalist classical composition or lost sketches from the early days of kosmiche than examples of the techno tradition to which their roots can be traced. The insistent, almost trap beat of album highlight “Temptation & Desire” pushes the listener through a squalling mesh of distorted vocal samples with uncaring brutality, but with its slowly rotating, cavernously deep synths brings to mind another intersection of industrial and oddball techno: “At The Heart Of It All”, Aphex Twin’s contribution to Further Down The Spiral.

Faint traces of Detroit also make themselves heard, especially on the pulsing closer “Utopian Disaster”, which fees like Negative Fascination‘s one true concession to traditional techno. But more often than not the classic motifs of the genre appear as palimpsests, ghostly imprints barely noticeable through the grimy layers of the twenty-plus years of electronic music which have come and gone in the interim. That whatever touches of these ur-sources are still audible are shrouded in the mists of industrial ambiance (even older but now seemingly everywhere in the work of modern producers of all stripes) makes their presence all the more spectral.

In a way I feel like I’m getting from Negative Fascination what so many took from the Forest Swords record a few years back (a critically acclaimed record which felt adroit but lukewarm to me); the sense of a producer simultaneously opening up and consolidating their sound by bridging longstanding musical monuments (or at least production styles), their hushed reverence for them gaining all the more impact for the distance traveled in making that pilgrimage. Negative Fascination won’t be for everyone (quick litmus test: do you often catch yourself chilling out to Clock DVA records?), but if you like the idea of minimal beats and smothering textures which point inward with steely purpose, then there’s plenty to be gleaned from this new intersection of traditions.