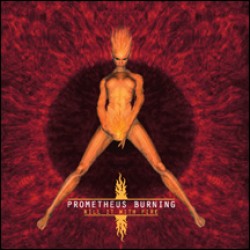 Prometheus Burning have been on the periphery of my listening for a few years now, although I’ve never sat down to listen to a record back to front, I have heard a few songs and generally thought them to be a pretty solid. As such I can’t speak to how the Pittsburgh duo’s new record for WTII relates to their overall development as artists, but I’m certainly happy enough with Kill It With Fire, a solid collection of dark electro songs that sticks close to the basics of the genre, but is executed with enough character to keep it interesting.

It’s the vocals from frontwoman Nikki Telladictorian that give Prometheus Burning much of their personality, and as such her take on the classic harsh and processed delivery is kept close to the center of the album’s best moments. The more club oriented material of the album’s front half is well served by Telladictorian’s alternating whispers and yells; opener “Kill It With Fire” and its follow-up “inTerruptOr” both work for me specifically because of her contribution, tossing off contemptuous verses over the power noise-esque rhythms of the former and leaning hard into the chanted “Control/Consume/Obey” chorus of the latter. When I say she has range I’m talking more about the way in which she brings some character to each song rather than her technical skill as a singer, able to switch up her delivery to a croon for the mid-tempo groove of “We R the Gods” or full-on shrieks on “a liVing obliViOn”.

From a musical perspective there’s a pleasantly clean and uncluttered feel to the programming and production, with lots of room in the mix for each part to breathe. There’s a sense that the songs have been pared down to just the essentials in many cases, the chiming synth sounds and dark pads on the slow burning “miserChordia” and the weirdly vocoded sounds on “inVisible eNemy” work because they aren’t being obscured by a ton of extraneous noise. Prometheus Burning certainly aren’t a 90’s throwback act, but they do seem to grasp what made so many of the classic dark electro records so memorable and resonant; liberal application of reverb and sinister vocal samples are plays right out of the genre handbook, but can still be effective when deployed judiciously.

“It’s a good listen and I’m not bored of it yet” might be a bit of a flip thing to say, but I think it sums up Kill It With Fire pretty well. It’s one of those records that benefits from brevity; minus the two pretty good remixes by Portion Control and I, Parasite and the noise track at the end the record is eight songs long. I dig that: like the sound of the songs themselves, it gives the sense that any hypothetical fat has been trimmed away and what’s left is the best the band had to offer. For the lack of filler, and the strength of what’s actually present I’m happy to have this record to throw on when a hankering strikes me for something dark and moody. 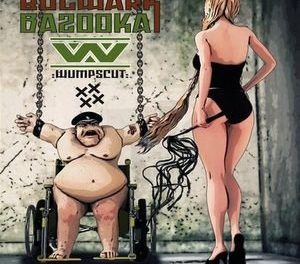