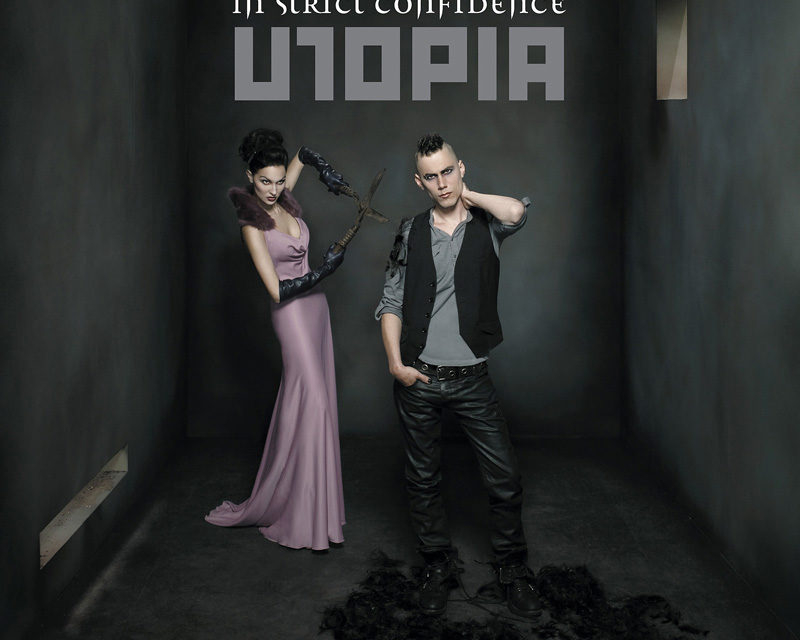 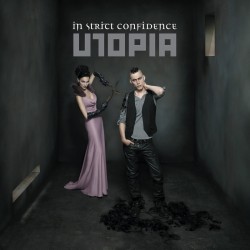 In many ways 2010’s La Parade Monstreuse marked the final transition of In Strict Confidence’s evolution from electro-industrialists to multi-headed darkwave monster, a process some ten years and three or so albums in the making. That record’s tour through a few of your more popular variations on dark dance music was a personal favourite precisely because it felt like such a pay-off; the ultra-focused aesthetics of ISC’s material notwithstanding, it felt like a triumphant arrival after a lengthy journey. Given that, it’s perhaps almost inevitable that the follow-up album Utopia doesn’t feel as grandiose. While possessing a few charms of its own, it largely plays as a smaller scale version of its predecessor.

A more limited scope isn’t actually that much of a handicap when it comes to In Strict Confidence, their identity having always been more defined by how adeptly they use sounds rather than the sounds themselves. In practice that means they get away with trying on a lot of musical hats that would be ill-advised for bands of lesser skill to approach. Attempting a neu deustche härte song, for example, is laden with tacky pitfalls, all of which are handily avoided by “Tiefer”, with its chug-a-chug riffs set against snappy rhythm programming and some nice lush pads to a pleasing effect. Equally successful is the dark, dreamy synthrock workout “Archangel”, recalling the kind of poppy fun The Birthday Massacre used to trade in before they let the guitars get out of hand. Hell, even full-on goth power ballad “Forever and More” is a lot more tasteful than you might expect from that description, all orchestra-assisted swells and over the top diva vocals. Sure, none of them are especially memorable in their own right, but they’re entertaining enough as costume changes in Utopia‘s larger production.

There’s something quintessentially ISC about that concern for the whole rather than attempts to write club bangers. Although they have their share of absolutely killer songs (like say, “Kiss Your Shadow”, “Zauberschloss”, and the daddy of ’em all “Industrial Love”), I find their latter albums have often been more about a uniformity of presentation than individual songs. Take Holy and Exile Paradise for example; I like them, they’re good records with lots of character, but I’d be hard pressed to tell you the singles from them without looking it up on Discogs. The fact that Utopia is pretty short on stand-outs isn’t entirely unprecedented or necessarily detrimental to the listening process, just a bit disappointing in the wake of an album that showed a capacity for both modes of songwriting and production.

At the very least we get “Silver Tongues”, a handy distillation of everything In Strict Confidence is currently working with, pounding mid-tempo breaks, big soaring synths, operatic female vox played off of Dennis Ostermann’s gravelly lead vocals. It’d be great to have a few more like it (lead single and album opener “Morpheus” is in the right neighbourhood but lacks a big enough hook to make it stick), but really it’s a glass half-full/glass half-empty sort of equation: either you’re happy to have one, maybe two really great songs on an otherwise pretty enjoyable album, or the quality of those numbers serves to point out how much less memorable the tracks around them are. I’m going with the former; Utopia is a good In Strict Confidence record if not a great one, mostly suffering from unavoidable comparisons to their best works.