Man, you don’t even know how slap-happy we got this weekend transcribing our Front Line Assembly interview from a few weeks back. All sitting in the HQ listening to pitched down Bill Leeb talk about touring with Rammstein, giggling our asses off. Good interview, and one we’re looking forward to you getting to see later this week. In the meantime, we have a half-dozen new and newish songs you might enjoy. Pull up a stool friend, we ain’t goin’ nowhere for a while.

In Strict Confidence, “Tiefer”
ISC have been playing with the neue Deutsche härte thing for a minute now, so we guess the fact that second single for the forthcoming Morpheus is firmly entrenched in that tradition isn’t much of a surprise. Took us a while to warm up to this one despite loving In Strict Confidence, we think mostly because we couldn’t stop thinking about Dennis Ostermann’s crazy red satin hat in the video. Look at that thing, it’s like what Liberace would wear to a ceremony where he was receiving a commission in the Grenzpolizei. We kid Dennis, we’re hella excited for your new album and seeing if it covers the same amount of musical ground as the delightful La Parade Monstreuse.

DarkDriveClinic, “The Kissing Hands”
The duo of John Fryer and Rebecca Coseboom reemerge after last year’s Noise In My Head. This is a lovely piece of “leaves turning, autumn coming” dream pop, with some solid Robin Guthrie style guitar giving way to a swelling string arrangement that sets off Coseboom’s vocals perfectly. There’s also a by-donation remix EP we’re keen to check out!

Horror Vacui, “Corvus Corax”
Some no-bullshit, raw, howling goth rock in the vein of Burning Gates from a newly formed act out of Italy made up of members of crust and hardcore bands. A debut LP, In Darkness You Will Feel Alright, is forthcoming on Avant! Records and is showing some serious chops after a cursory listen and is deserving of further attention.

Malakwa, “The Pyramid Eye”
You know, we never did get around to checking out Street Preacher, Malakwa’s debut for Alfa Matrix, intrigued though we was by the “Monster” single. Should probably rectify that at some point. Kinda the same thing going on in that one as this one, despite “The Pyramid Eye” being a clubbed-up instrumental, it has that processed guitar chug (courtesy of Phil Barry of Cubanate/Be My Enemy) we find appealing, and hell, we’re not mad at the wubs showing up in here. Think this’ll play well on the dancefloor, curious to see where they push their crossover sound in future.

Bruxa, “V∆!”
The Victimize album (available for free via Mishka) skews well to the hip-hop side of witch house (with some heavy servings of early dubstep a la Kode 9 and Pinch), but this tune has some tasty electro flavour which we think could slide into the sets of some more open-minded DJs and bring some serious heat.

EkoBrottsMyndigheten, “Bockwurst”
The other week Bruce posited the term “borkaboo” for fans of Swedish music, and it’s kinda become a running joke. “Damn Borkaboo kids, running around the Ikea in wearing their Allmänna Svenska Nationaldräkten and singing the theme to Hem Till Byn at each other in their busted accents!” You get the idea. Anyways, we love EkoBrottsMyndigheten, and new music from them is straight catnip for SwEBM fans. Does this mean a new album is on the horizon? Be nice to have some new songs in the vein of “Eine Tasse Jäger” or “Dolph” for us to get messy drunk to. 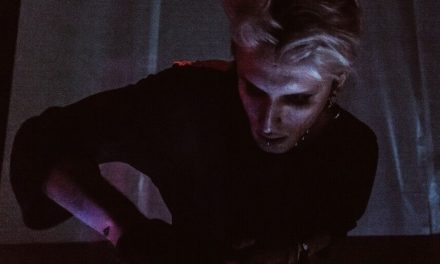