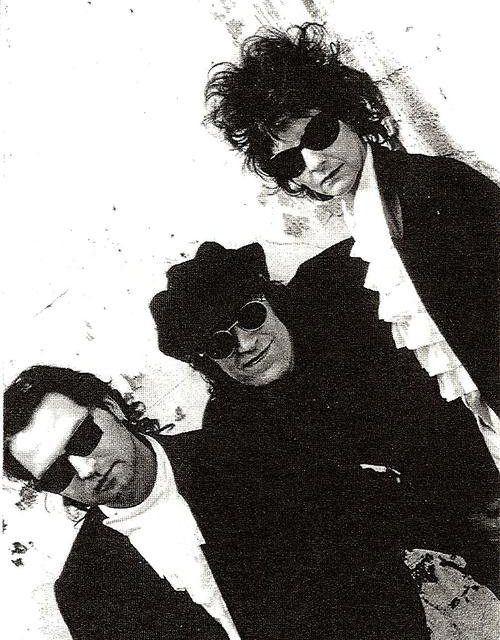 Summer seems to be coming late to Vancouver, and between the gloomy weather, my steadily dwindling single-malt supply (“Hi mom! Send Bowmore!”), and the Blue Jays’ starting rotation woes, some wintry moods have been visited upon yr humble scrivener, and you know what that means by now. Yep, it’s time for another installment The Unquiet Grave, the ID:UD feature in which I put away oontzish things and profile a vintage gawth rawk band. 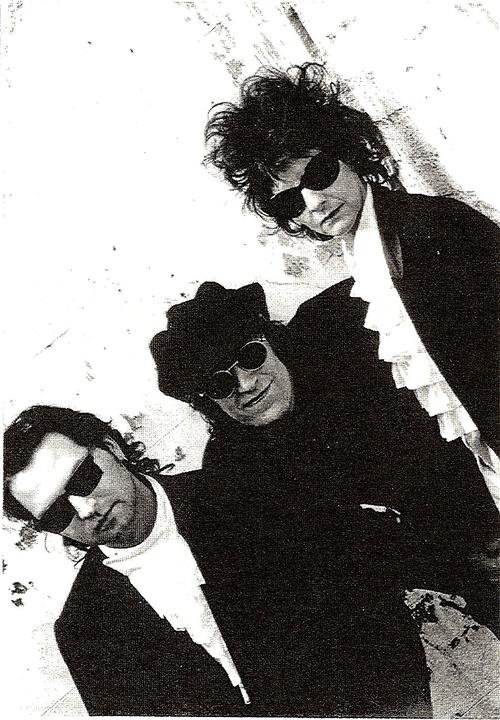 This time out I’ll be surveying the work of Big Electric Cat, surely the most celebrated Australian goth rock act who weren’t Ikon. In the early 90s, Paul Sadler and Deborah Denton, English expats in Sydney, met up with Aussie bassist David Block and began gigging with a drum machine named after then-inescapable celebrity sex therapist Dr. Ruth (a friendly enough shot across the bow of the Sisters, and definitely a better name than The Merry Thoughts’ Thoughtmachine in any case). After releasing a demo which seems to have been lost to the sands of time, beyond the ken of the interwebs, they attracted the attention of the just incorporated Cleopatra Records. After inking a deal, Big Electric Cat set about recording their debut LP.

Released in 1994, Dreams Of A Mad King‘s opening two tracks quickly establish the outer limits of the sounds Sadler and co. cover on their debut. “Christabel” is a perfect bit of swirly romanti-goth heaven, slowly adding layers of guitars as it builds to a great chorus – kudos for opting for a relatively understated album opener, too. “Red Roses”, on the other hand, is much thrashier, following the Sisters and Lorries’ moves to full-on rocktasticness, with mixed metaphors (References to Valhalla and Akasha? I’m stuck in Neil Gaimain’s commonplace book!) adding to the identity crisis. Much of the rest of the album falls somewhere between those extremities, from the somewhat more new wavish “Orchid Dreaming” and “Bed Of Nails” – the latter of which makes me wish the record’s keyboards were allowed to take on a more rhythmic role rather than the more ornamental tack they’re often given, but whatever – to album centerpiece and Big Hit “Paris Skyes”. Said track holds up wonderfully and if you can’t get behind it I’ve no earthly idea why you’re still reading this.

After a US tour with labelmates Switchblade Symphony (whither Susan Wallace?), at Cleopatra’s suggestion BEC’s next release was a remix EP featuring treatments from California breaks-man Überzone, who apparently also dabbled in EBM for a brief period. Burning Embers is a spotty piece of work, with a chill take on “Christabel” and a skitterish darkwave remix of “Paris Skyes” faring better than some dated house workouts. More importantly, though, it’s a nice barometer of the times, when techno remixes of rock bands of all stripes were seized upon by labels as handy routes into untapped markets (and alternately praised and excoriated accordingly), and when the term “goth-industrial” wasn’t just a convenient doubling-up of niches small enough to share shelf and club space, but also signified an actual dialog between bands on both sides of the equation, with remixes and shared tours being the order of the day.

Big Electric Cat’s sophomore LP would prove to be their last. Recorded after Denton’s departure, 1997’s Eyelash is both a more dour, minimal, and experimental record than its predecessor (latent Sistersisms are now nowhere to be heard), and while that normally sounds right up my alley I do feel as though it’s not until its middle that it hits its stride. The dreamy “Secret Desire” floats by on plush keyboard clouds (keyboard sections fill in for the comparative lack of big rock guitar throughout Eyelash), and the somber but richly realised title track, written in memory of Sadler’s father, remains a stunner. Things get uncomfortable towards the end with the manic and claustrophobic “Crash Flight 232” before smoothing out again with the elegant “Transience”. Sadler’s vocals are strong throughout, and the shift to a more languid mode, while not always hitting the mark, hinted at interesting further developments to come. 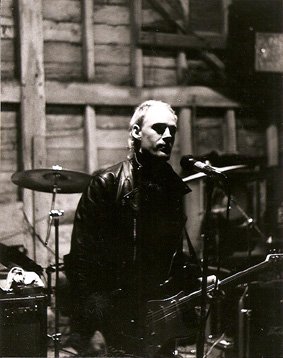 Sadly, ’twas not to be. Gigs continued for a while, but all’s been quiet for years. Sadler’s recently set up shop on Facebook and Twitter, and has expressed an interest in recording new stuff, dependent upon a stable lineup. In the meantime, all three releases can be picked up on iTunes and emusic.