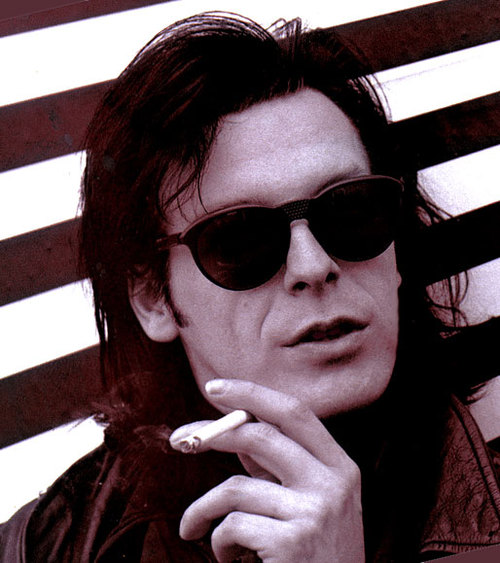 Welcome to another installment of The Unquiet Grave. Take a gander at the first column to get a sense of this heading’s purview, and check out some kick-ass Corpus Delicti tunes while yr at it. This time out, a closer look at goth’s most accomplished Sisters of Mercy clones, The Merry Thoughts.

Nature abhors a vacuum, and so does goth rock. in 1993, three years after the release of Vision Thing, the backcombed and emaciated masses were hungering for more flanged guitar, black leather and fog machines. With Eldritch nowhere to be found, a German band who’d been accomplishing very little since the mid-80s leaped into the fray, hoisting high the banner of sardonic, pentatonic, and utterly bastard groovy goth. 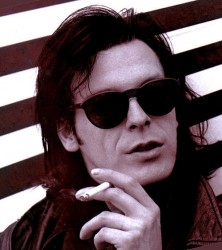 Not content with copying Eldritch’s voice so perfectly that four out of five winklepickered dancers can’t tell the difference, or also giving his drum machine a goofy name and band member status, or also covering another song from The Stooges’ debut album (the Sisters did “1969”, the Thoughts “I Wanna Be Your Dog”), or even adopting an equally Lovecraftian moniker, Merry Thoughts front man Marvin Arkham went so far as to mimic ol’ Andrew’s lyrical fascination with fin de siècle Americana, exemplified on 1993 debut single “Second Generation”. Hailing from Germany, his quips in English aren’t quite as pithy as the original model’s, but Lord knows Eldritch got a fair bit of mileage out of his strategic deployment of Teutonic turns of phrase, and mein Deutsch ist nicht gut genug to tell how well the German parts of “Marian” hold up. I suppose turn about is fair play in this case.

Second single “Pale Empress” refined the template even further. A perfectly paced club anthem, it’s impossible not to love a track which meets all the hallmarks of the genre so on the nose (cracking B-side “House Of Rain” does a great job of approximating “Temple” era lo-fi Sisters).

The Thoughts’ first LP Millennium Done I: Empire Songs (“empire down”?) more or less lives up to the promise of its two singles, and showed Arkham & co. to be just as adept at mimicking the Sisters’ slower, more grinding moments: “Stars” recalls “Valentine” or even Eldritch’s gut-wrenching take on “Emma”. 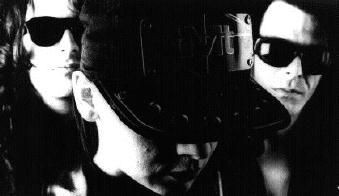 Second LP and final release Psychocult actually shows The Merry Thoughts moving away from being full-bore Sisters clones and developing a certain sound and swagger of their own. While Arkham’s vocals remain the same carbon-copy of Eldritch’s, some more developed keyboard instrumentation and the odd hint-o-techno beat helps to lend the tracks no small part of character. The title track and “Chant” are both excellently composed, with big, booming choruses, and there’s even a cover of a Depeche Mode deep cut, “The Sun & The Rainfall” for good measure. Genre aficionados should find a good deal to enjoy on Psychocult.

There have been some recent rumours of a Merry Thoughts reunion and new LP, though I remain skeptical. After all, what better way to continue to pay homage to the Sisters than by stringing your fanbase along with false hope of a new album?