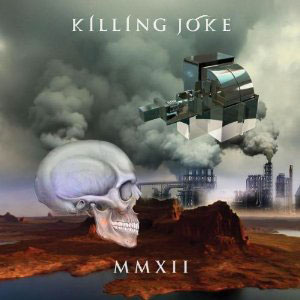 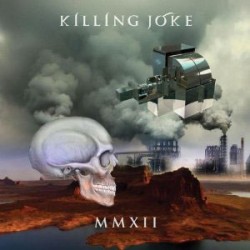 MMXII is named for the year of its release, and moreso than the last three albums by the mighty Killing Joke it reaches back across their discography, drawing liberally from their various incarnations. When Killing Joke “returned” in 2003 their (second) self-titled LP seemed intent not on specifically pointing to the band’s influence on innumerable bands collected under the still-awkward alternative rock umbrella, but also claiming a position as elder statesmen in that category. Killing Joke, Hosannas From The Basement Of Hell, and Absolute Dissent all felt like unrelenting (and often very successful) dashes for the finish line in an apocalyptic death race, a lyrical preoccupation that’s been with the band since early days.

MMXII feels like the first album since their 2003 comeback in which they’ve taken their foot off the throttle and allowed some slower, more subtly shaded moods come to the surface, especially on the second side of the record. The aforementioned trio of albums seemed ultra-focused as if by necessity, statements as to the band’s continued relevance; MMXII, then, is the first time in a decade that Killing Joke have allowed themselves the luxury of allowing their lyrical side to show. Consequently, it feels like an assured victory lap, a strong affirmation of everything they’ve set out to achieve since their re-emergence.

Inasmuch as Killing Joke has definitively always been a “guitar band”, they’ve always concurrently tempered their attack with a variety of secondary production and songwriting devices. Often attributed to Youth’s early obsession with dub and studio technique, in his absence that dimension of the Joke’s sound wasn’t as prevalent in the initial comeback albums. Their impenetrable wall of guitar still occupies much of the spotlight on MMXII, however Youth’s return to the fold after the tragic death of Paul Raven in 2007 is definitely felt on every number. Take the quintessentially inscrutable “Fema Camp”: it offers the sort of churning, chorused-out riff that was present on Hossanas but played slower, and well, weirder. Atmospherically it has far more ebb and flow than we’ve heard from them in a while, a fitting match for Jaz Coleman’s particularly fruitcakey vision of events post-Katrina. 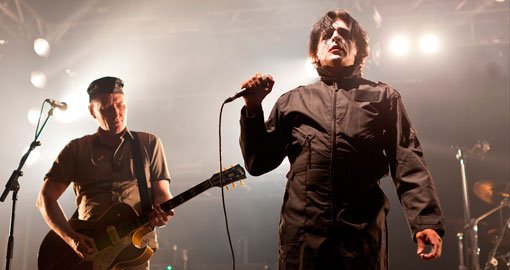 The impulse to avail themselves of earlier devices isn’t limited to production techniques, though. Underneath the layers of guitar, “Colony Collapse” has a post-punk clomp-along beat at its core with recalls Killing Joke’s earliest material, and Jaz’s sing-song vocal rhythms match it. Opener “Pole Shift” plays off the tense elasticity that was Killing Joke’s stock-in-trade circa What’s THIS For…! drawn out to its logical conclusion: slower builds leading to even bigger climaxes. Even the band’s (for lack of a better term) funkier moments a la “Follow the Leaders” get invoked in the beat of “Trance”; while not a dance song by most definitions, it’s one of the few nods to the connection between post-punk and disco rhythms they’ve made since the very early eighties.

It’s not just the oldest moods that are being revisited, though. Pandemonium is fondly remembered for its fusion of classic Joke riffage with pretty solid contemporary dance beats, but the more mellow, psychedelic elements of that record have also aged very well, and those also make their presence felt, as on gorgeous centerpiece “In Cythera”, which marks the record’s turn away from unadulterated riffage and towards autumnal introspection. Here, some electronic touches provides calm, almost pastoral waves of ambiance, while Jaz offers up a paean to absent loved ones. “On All Hallow’s Eve” is similarly reflective; while still the sort of song that inevitably gets slotted as a closer, it makes for a nice intersection of moods, Jaz using both his singing and yelling voices in equal measure. There’s a sort of post-disaster calm to it, never straying to far from the danger that preceded it, but at least affording space for hope to exist in the wake.

It’s fitting that an album which points back to a career as lengthy and varied as the Joke’s also pays tribute to their skills as craftsmen of complete albums. One of the best things about their renaissance has been their apparent cognizance of their legacy and place within a broader musical pantheon. Unlike some of their contemporaries (*coughministrycough*), Killing Joke’s current records seem to emerge as organic extensions of what’s come before. MMXII doesn’t attempt to encapsulate everything Killing Joke is or means; as much pleasure as there is in contextualizing these songs and their antecedents, it’s equally enjoyable as a well-constructed rock record. Bypassing the record critic’s trap of proclaiming ‘New Album X is Band Y’s best since Classic Album Z’, we feel MMXII stands on its own. While we’ve made a lot of comparisons to earlier records in discussing it, it doesn’t require any component of Killing Joke’s back catalog as a crutch to lean on. It’s a good record with some lovely, dark songs on it, and that’s all we wanted it to be before the first time we hit play. Recommended. 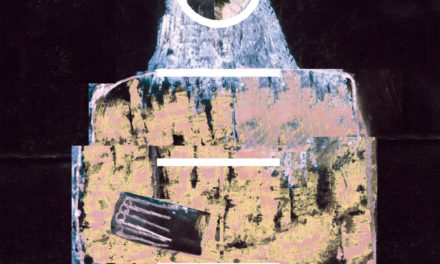