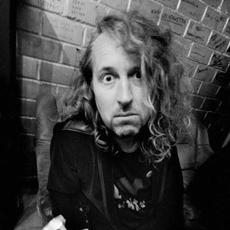 It’s been a minute since I wrote one of these 199X posts, but I was feeling uninspired this week, and as men have done for a millennia when creatively blocked, I fled into nostalgia. A quick format change: long time readers may recall that my initial forays back into the world of nineties industrial were basically excuses to post a bunch of Youtube videos, whereas this time I went to the racks and tried to find a bunch of stuff on CD singles which is less readily available online, so as to provide you, gentle reader, a greater value. Then I banged them together in Ableton as minimix, a 20 minute hot dose for your ear drums so as not to take up too much of your day. Have a listen, and be transported to the time when we weren’t sure if that really was Michael Jackson on The Simpsons, and when the Jays won consecutive World Series’. 199X is back!

Snog, “Born to Be Mild (Soma Club Remix)” 1993
I always liked this version of David Thrussel’s third single far more than the album version, and I’m gonna assume he feels the same way, since it’s taken the place of the original album cut on a couple of re-releases of Lies Inc. Remixed under the guise of his Soma project, this is actually really different than the stuff he would shortly be putting out under that moniker, which is all soundtracky instrumental stuff. Love the Jello Biafra sample and the vocoder action; I wish folks (and Thrussel himself) would revisit this particular strain of quirky sample inflected electro-industrial.

LA Style, “James Brown is Dead (Rock Radio Mix)” 1991
LA Style’s enormous single is not the sort of thing I would normally write about, despite my love for the early rave crossover hit, and it doesn’t much fit in with the stuff I post about under the 199X heading. This remix (culled from the US CD single) however, does have a connection to Our Thing: the vocals on it were provided by none other than Sister Machine Gun’s Chris Randall. I think he may also have added some guitar as well, although information on it is scarce to say the least. Interesting fact: one of the dudes behind LA Style, Wessel Van Diepen was also behind the Vengaboys, which means you have him to blame for his complicity in those nightmarish Six Flags ads from back in the day. Chris Randall for his part is currently programming plug-ins for his company Audio Damage and telling kids to get off his lawn over at Analog Industries.

Nitzer Ebb, “Kick It” 1995
Okay, so this is kind of a cheat, everyone knows Nitzer and they have hella exposure via their influence on the electro and techno scenes. Shit, it’s cooler to shout out NE as an influence than pretty much anyone else in Our Thing lately. That said, I feel their 90s albums, particularly The Big Hit are mad underrated. Yeah, it’s not the super-classic Ebb sound, but it does have a nasty groove, and Flood production from the time when he could basically do no wrong. If some other band without the EBM pioneer legacy had put the album out, it’d be considered an industrial classic of the era. Hey, did you know Dr. Know from Bad Brains played guitar on this jam? I sure didn’t!

Holy Gang, “Free Tyson Free (ESPN Mix)” 1994
Aside from Body Count’s “KKK Bitch”, this is probably the song I feel guiltiest for listening to on a regular basis. For those that don’t know, this was a kind of Belgian supergroup whose enduring classic was voxed by Front 242’s Richard 23. The topic? About how Mike Tyson should not have had to go to jail on the rape charge. I’ll spare you the lyrics to the chorus. *sigh* Anyways, I’m glad I own the CD single because it has this instrumental mix, which I feel marginally less shitty for enjoying.

Killing Joke, “Democracy (United Nations Mix)”, 1996
This is from the CD single on Zoo Records, which is also where the alleged Nine Inch Nails remix of “Democracy” you used to see all over the place comes from. There’s actually three different remixes by Danny Loehner, Dave Ogilvie and Charlie Clouser on it, none of which are labeled as NIN joints on the original release, although those guys certainly deserve credit for their contributions to various Trent tracks. Whatever, inaccurate credits bug me, I don’t gotta explain myself to you. This remix is by Youth under the alias Black Sun, and is a particularly nostalgic one for me, as I had it on a tape for years and it wasn’t until I turned up the disc at a used record store in the middle of nowhere that I was able to feel a moments peace. You complete me, remix CD single off a mediocre Killing Joke album.