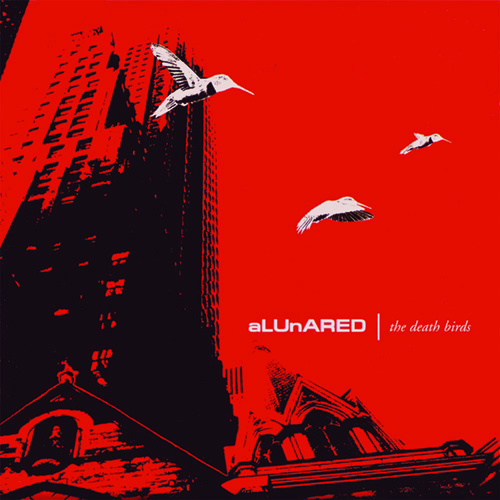 Welcome to another installment of The Pitch, wherein one of our writers tries to sell another on an album they haven’t heard but that they might enjoy. In this installment, Bruce presents Karyn with a slice of Vancouver synth-punk/industrial history which has just received a digital reissue. 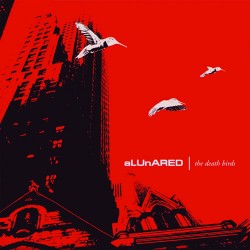 Bruce: The Death Birds is an intensely personal record for me. It isn’t just a key element in my relationship with Vancouver’s industrial music tradition; it’s inseparable from my relationship with the city itself. I’d been living in Van for about a year when it was released, and I’d just begun to crawl out of an isolation of my own making. Instead of holing up with movies rented from Black Dog Video, I was starting to check out local shows and club nights at local fixtures: The Picadilly, The Element, Miss T’s, The Starfish Room, Video In (all long since gone). The discovery of A Luna Red made me realise just how much I’d been missing.

Becoming my favourite local band overnight (they were one of those “you had to be there” live acts), they offered the sort of scraping and uneasy tension I was coming to love in music of all stripes, not just industrial. With The Death Birds‘ grinds and moans in my headphones, I felt the avenues of the city opening up, becoming pathways to personal discoveries. This album was the soundtrack to finding a new and eternal home. I’m keen to find out how Karyn, someone with a similarly intense connection to Vancouver’s musical history reacts to this missive from one generation back.

Karyn: I was pretty pumped to give The Death Birds a listen, despite not having heard of A Luna Red before, because, as you’ve duly noted, I am always down for some sweet CanCon, especially from the hometown. I decided to give the one sheet and liner notes a gander before listening so as not to go in without any bearing, which, I believe, was a wise decision.

The foreword from William Winslow-Hansen ends by invoking the third mind as being the most vital ingredient in a band, not fashion, influence or gear. He gives special attention to the circumstances of their jam sessions, live gigs, setting the members’ synergy front and center. This very much comes through in the recording, and I’m glad I went into it with that in mind. At best, the band seems like a seething monster, a kind of sonic Cerberus. It is less about songcraft and all about sheer energy – about the emotional and musical exchange of those three people in a room together. Sometimes, though, I want more than that. I like jamming, but I don’t always have the attention span for other people jamming. I wanted more from most of the tracks – I wanted them to go somewhere after all that journey.

On the flip side, “Killer In White” is everything I hoped for. I think it exemplifies the best that can happen from a few people crammed into a room without the constraints of imposed structure. If you’ll allow me some self-deprecation, my notes for this track include embarrassing and emphatic lines like: “Man, when those fucking drums come in, man. You know shit is about to get real.” And although I feel like I waited for shit to get real enough for me through most of this album, this song delivers. I love how the carnivalesque synth plays off of that ever-fuzzy guitar. Not a lot is going on, but it still feels suffocating. There is perfect restraint in the duration of the vocal – two lines, count them: two – before my Achilles’ heel, the theremin, hovers momentarily with ectoplasmic glee.

I also enjoyed the mellow psychedelia of “Malaria”, and “The Ministry of Truth” had me wanting to dance immediately. Along with “Killer”, I think it does a terrific job of capturing the vitality of the performance without wandering too much. The Death Birds has some stellar moments, but it’s not something I think I will listen to again front to back with undivided attention. I do wish I had been able to catch their live shows. The energy evident from this record is something that’s difficult to capture, and I think it comes through even in the sparse moments. 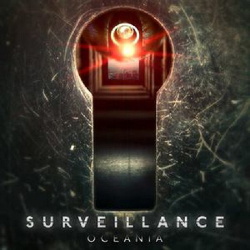