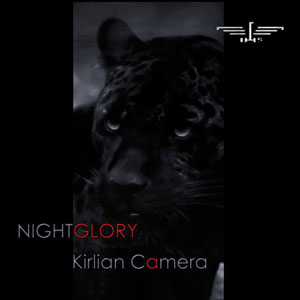 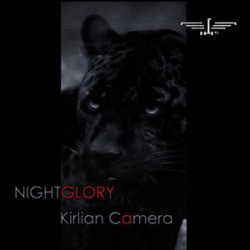 Kirlian Camera
Nightglory
Out of Line, 2011

Anticipation over the release of a new Kirlian Camera record tends to run pretty high ’round these parts. In case you couldn’t tell by our massive mashnote a few months back, I Die: You Die loooooves Kirlian Camera. Thirty plus years into its existence, the Italian project has settled into making some of the most breathtakingly majestic music Our Thing has ever seen, and despite their relative obscurity in North America (the band has never had so much as a CD single released domestically) they have a loyal cadre of followers we’re happy to count ourselves amongst. Of course that means we’re predisposed to like Nightglory, and any review either of the senior staff is likely to write is roughly a fifty cent cab ride away from being just a jpg of Angelo Bergamini and Elena Alice Fossi with a heart crudely drawn around them in MS Paint.

Divided relatively evenly between the sort of regal, soaring darkwave anthems the band has been refining since 2004’s Invisible Front 2005 and equally stately bits of baroque synthesized chamber pop, Nightglory is very much a Kirlian fan’s record. I’ll admit that I prefer the former to the latter; although it’s nice to see the band revisit sounds characteristic of their 90s output, like their occasional dalliance with neo-folk on “Save Me Lord” and the spare electronic balladeering they eventually perfected around Coroner’s Sun on “I Killed Judas”, those songs can’t help but seem a bit anemic next to the uplifting “Winged Child” and the balls-out exhilaration of the title track. Speaking of “Nightglory”, it’s a little disappointing to see it appear here in the same version as on the Ghlóir Ar An Oiche EP earlier this year. It’s a fantastic example of what KC currently does best, cold bubbling synths and propulsive guitar chugging into a glorious, heartening chorus, ending just as it really goes over the top at three and a half minutes. Considering the band’s penchant for releasing multiple alternate versions (often included on the same album), an extended cut would have been nice.

Those minor quibbles are just that, minor, especially in the context of the overall grandeur of Nightglory. A cover of Ultravox’s “Hymn” rescinds any semblance of pop in its delivery, remaking it into something more akin to the national anthem from which its melody is borrowed (an inverse Laibach if you will). Meanwhile “Immortal” positively exudes the regal attitude that defines Kirlian’s latter records, the self-possessed blend of sweeping synths elevating Elena’s impassioned vocals into the stratosphere. Even on the charged album closer, “Gethsemane”, the group’s sense of poise and mastery of form floats them over the potential minefield of covering a song from Jesus Christ Superstar while also tying into and wrapping up the theme of betrayal established by opener “I’m Not Sorry” and mid-album cut “I Killed Judas”.

Although press materials would cast Nightglory as the most accessible album yet from a characteristically cult act, that claim certainly isn’t based on a softening of Kirlian Camera’s approach or attempts to crossover into more au courant scenes. It’s a surefooted step in KC’s ongoing journey, admittedly one with little to offer those not already won over by them, although I’d question the taste of anyone who couldn’t find at least some appeal in music with this much breadth and beauty. For those who already count themselves amongst their adherents (and yes, that would include the staff of I Die: You Die), it’s another wonderful missive from eternity.