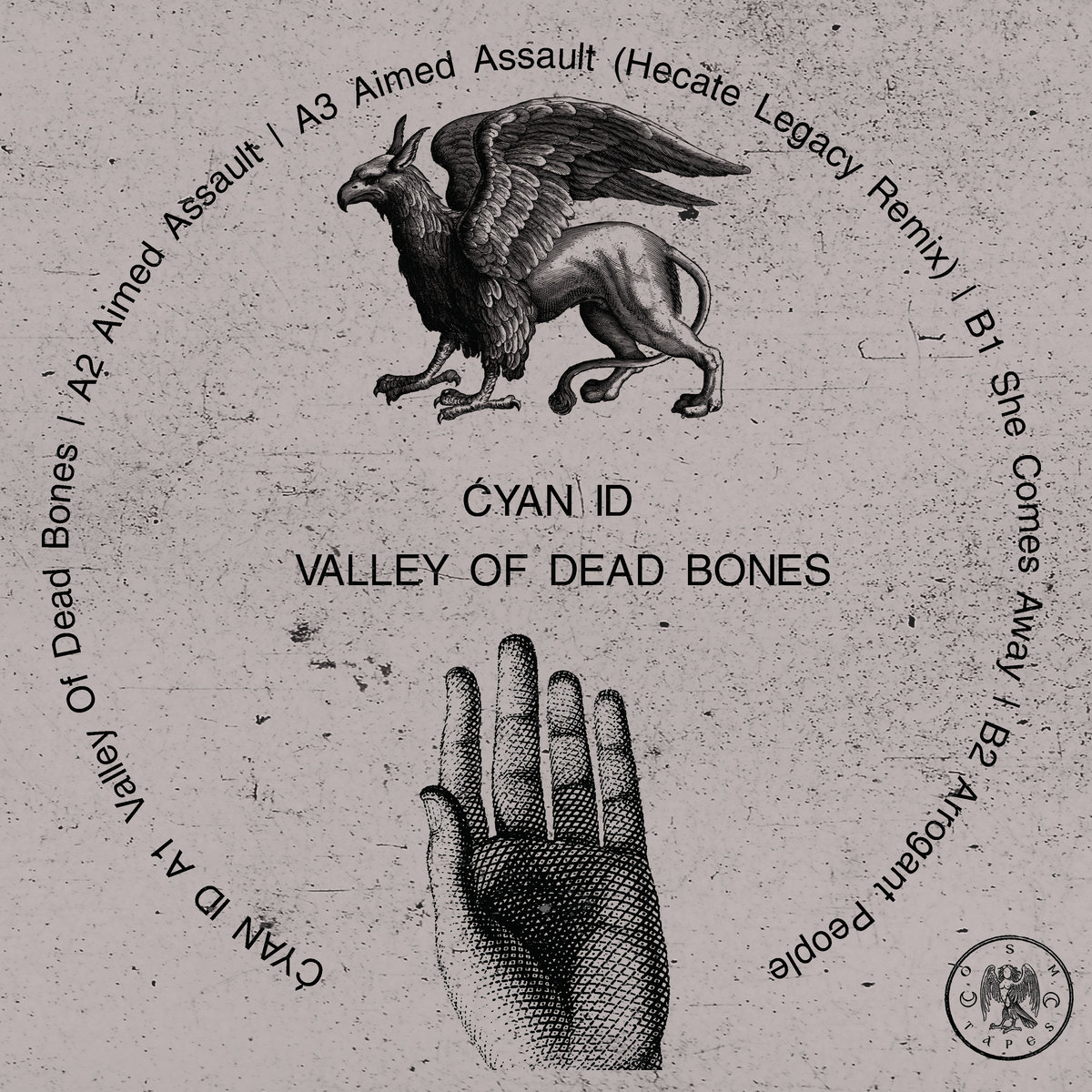 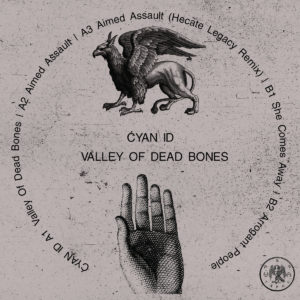 Ćyan ID
Valley of Dead Bones
OSM Tapes
Georgian producer Ćyan ID has distinguished his small discography from the techno-EBM horde via deft variations in the melodies and textures that overlay the project’s beat driven productions. While certainly fair inclusion for DJ sets, the tracks on new EP Valley Of Dead Bones have a life beyond the dancefloor, weaving in some notable stylistic variations. Check the funky bass sequence that takes the spotlight at the 2/3 mark on “Aimed Assault”, a breakdown that jumps off from the cavernous pads and busy synthlines that had informed it’s steady build. You can detect a similar mindset at work in the way that the climactic “Arrogant People” layers sequence upon sequence until the borders of the track fall away, with the straight 4/4 kick drum returning to the center for the finale. For my money it’s the opening title track that best shows Ćyan ID’s promise; the gated claps and twinkling melody that suggest new beat lend the track’s aggressive progression some old school flavour without descending into style-homage. It’s solidly executed stuff with energy and edge enough to keep it moving and interesting beyond its immediate beat-driven charms. 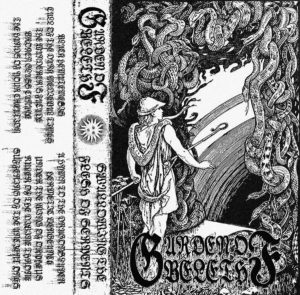 Garden Of Beleth
Swallowing the Flesh of Serpents
Serpent’s Sword
The hybridizing of dungeon synth with dark electro and darkwave shouldn’t be as rare an occurrence as it seems to be. After all, Mortis, the artist regularly credited with inspiring the former genre, regularly dabbles in explicitly goth and industrial territory. But in spite of that, a record like Garden Of Beleth’s debut which combines dungeon synth thematics with the sounds of ye olde goth club of yore still feels like a relatively fresh and engaging experience. The mix of sounds yields solid returns on the speedy but haunting groove of “Call Of The Dark Medieval Times”, the almost witch house-styled half-time of “Suffering Of The Ancient Ones”, and the reptilian slink of “Broken Glass Canapé” which has plenty of club appeal. That being said, the actual execution of Garden Of Beleth’s darkwave and dark electro elements aren’t especially notable in their own right; if you’ve been tracking those genres for any period of time you’ll find the lo-fi pads and loping kicks to be fairly well-worn. Additionally, the gurgly vocals which have a decisively DSBM style, could be a deal-breaker for some. But again, the charm of a release like this isn’t in its execution, it’s in the unexpected combination of elements which happen to work well together and scratch an itch for throwback dark electro with a new twist.