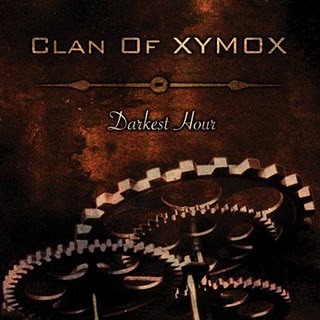 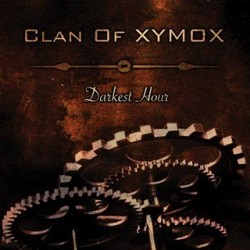 Ronny Moorings’ decision to record once again under the full Clan Of Xymox moniker has proved to be a mixed blessing. On one hand it rightly hinted at a desire to return to the darker territory where Clan Of Xymox first established themselves after a sojourn in happier, trancier lands simply as Xymox. On the other, it invited closer comparisons between the band’s new material and its classic debut albums, Clan Of Xymox and Medusa (both of which benefited from substantial contributions from Anka Wolbert and Pieter Nooten, who balked at the sunnier, poppier direction of the Xymox material and bailed after 1991’s Phonenix). Today, Clan Of Xymox and Medusa rightfully stand as undisputed masterworks of darkwave which have inspired countless imitators, for better or worse, and there are plenty of folks perfectly happy to limit their appreciation of CoX to that gorgeous dyad.

While it’s unlikely that Moorings will ever return to the evocative dreamscapes of those albums (they weren’t signed to 4AD for nothing), fans of the more general category of darkwave as a whole have done themselves a disservice if they’ve written off all of the “return of the Clan” albums. I’ll place 1997’s more goth-rock oriented Hidden Faces within spitting distance of Xymox and Medusa, and 1999 follow-up Creatures is no slouch, either. Since then it’s been a mixed bag: Notes From The Underground and Farewell were middling affairs, Breaking Point was weak, and In Love We Trust was a solid entry which delivered up some tasty dancefloor morsels. 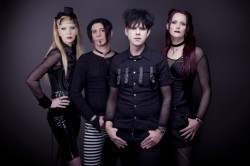 All of this brings us to Darkest Hour, the latest missive from Moorings & Co. Darkest Hour is a far more dour affair than In Love We Trust. In fact, it might be the most dour entry yet in Moorings’ catalog, and while that sounds great in principle (this is supposed to be darkwave, after all), Darkest Hour‘s love for morosity don’t always pan out. Lead track “My Reality” tries to affect the purposeful, existential march to hell of The Cure’s Pornography, but ends up limping into grey indifference, with Moorings’ vocals surprisingly out of step with the beat. Dancefloor attempts like “Delete” and “My Chicane” don’t bring anything new to the table and, hampered by dated programming, end up sounding clanging and irritating rather than beckoning. Moorings is capable of extracting far better results from his formula for contemporary darkwave dancefloor tracks, as he proved on In Love We Trust‘s “Emily” and “Hail Mary”.

Things get better towards the second half, though, with “Deep Down I Died” and “In Your Arms Again” offering some pleasantly spacious despair. “She Did Not Answer” and “Tears Ago” are decent, workrate tracks, the latter almost recalling classic track “Blind Hearts”. The titular instrumental is pretty enough and everything closes out just fine on the plaintive “Wake Up My Darling”.

Whether you’ll enjoy Darkest Hour or not is ultimately dependent on how you feel about contemporary Clan of Xymox material on the whole. If you’re still wed to the 4AD years there’s nothing for you here (though, again, I’d suggest giving Hidden Faces another try to hear state-of-the-art darkwave a decade on). If you’re looking for club cuts, you’re far better off checking In Love We Trust if you missed that record. But, if Moorings’ recent stylings float your boat, you’ll find a few enjoyably gloomy tracks to tide you along.