From time to time we’ll be posting tracks we’re feeling from recent releases: nothing more, nothing less. This time out: Kirlian Camera, Decree, Nosferatu, House Of Usher, Light Asylum.

Kirlian Camera, “Nightglory”
Angelo Bergamini and Elena Fossi continue their journey onward and upward into the mottled vault of heaven. Bit more guitar on this outing, too. If half of contemporary darkwave was a third as good as KC on their worst day, we’d live in a much better world.

Decree, “Fateless”
When a track like this is the closest thing an album has in terms of a “crossover hit”, you know yr dealing with a monster. Fateless is a relentless and punishing beast which we’ll be mulling over for some time at ID:UD HQ. Stay tuned for more Decree-related hi-jinks…

Nosferatu, “Horror Holiday”
Of all of the great 90s trad-goth bands, Nosferatu were pretty low on the list of ones I’d have tagged to make an utterly fresh and kick-ass record in 2011, but Wonderland is just that. On the lead-off track they offer up a very tasty blend of their classically staccato tomb-skulking and the far more sloppy garage-goth of recent years (see The Horrors’ Strange House).

House Of Usher, “How Far Can We Go”
Faith and Begorrah! More trad-goth, albeit of a smoother cast. House Of Usher always seem to have taken their cues from The Mission above all others, and while that still holds true on new LP Pandora’s Box, they avoid falling into swirly purgatory and deliver some nice poppy gems.

Light Asylum, “Dark Allies”
Not an entirely new track, but one which I can’t let go of. With a voice that’s half Alison Moyet, half Grace Jones, Shannon Funchess drags us through an urban nightmare that connotes Christian Death as much as it does Moroder. If the rumours of a debut LP produced by James Murphy prove true, expectations will be ratcheted up to nigh unattainable heights. 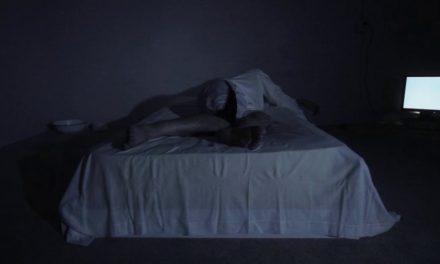