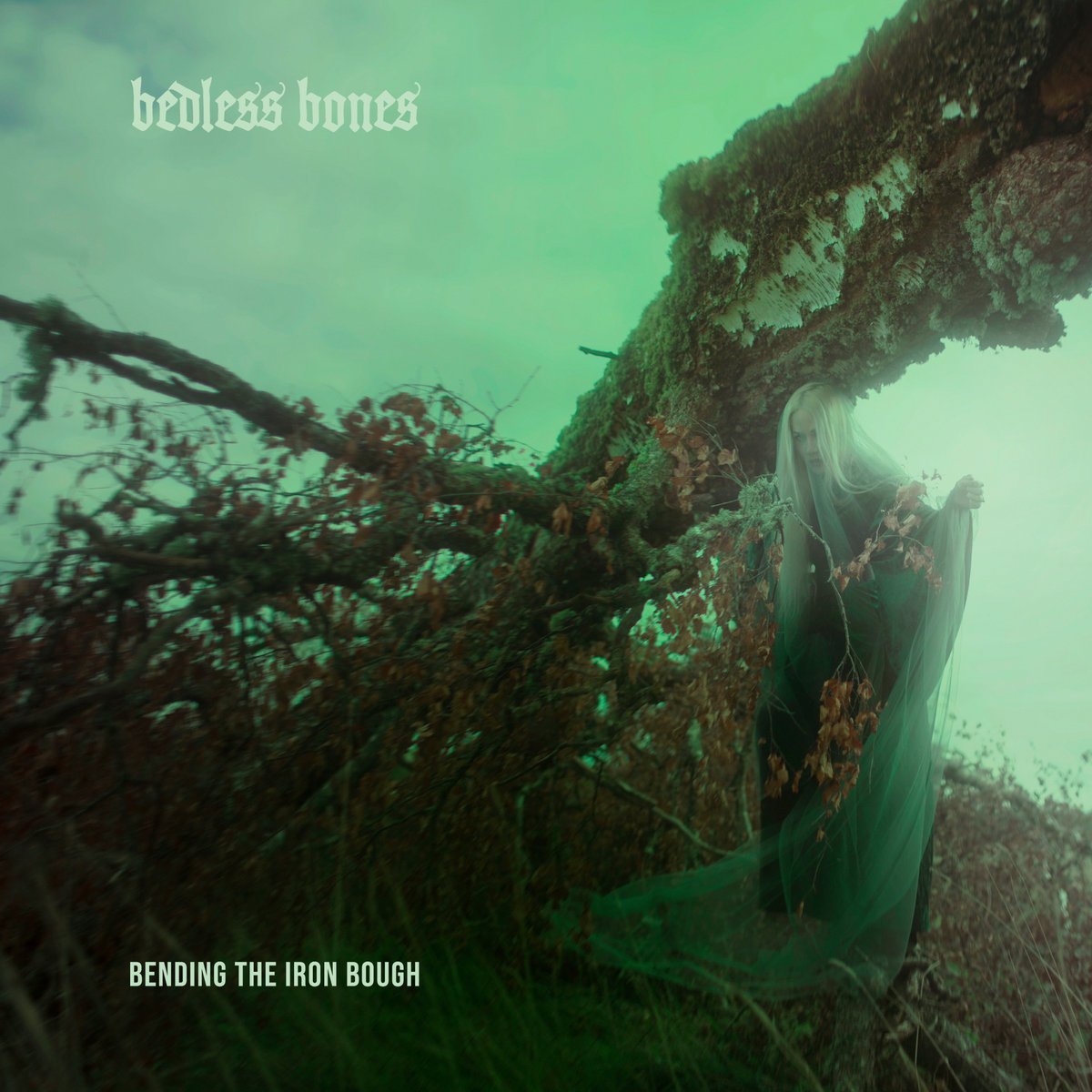 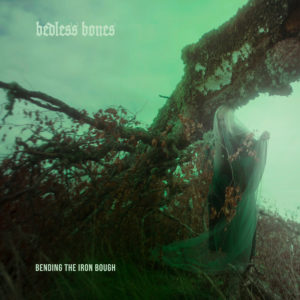 The appeal of Bedless Bones’ debut LP Sublime Malaise was found in how much it held back: as both a producer and performer of darkwave Kadri Sammel presented a reserved (but not dispassionate) front, even on the uptempo, club-ready numbers that made up the majority of the album. Her new record Bending the Iron Bough doesn’t leave that behind, although it does noticeably trade some of the formality and regal bearing in for earthy, pagan rhythms and forms.

It’s a shift that makes a lot of sense really; Sammel’s wistful and keening delivery has always made her seem less icy than many other vocalists who adhere to the European strain of the genre, and hearing her do a deep and soulful incantation across the gentle pulses, distant guitars and rolling toms of “Ashes Indigo” sounds completely natural. Still, there’s a newness to how she delivers songs like “The Iron Bough” and “Sic Mundus”, with her setting aside her ultra-controlled persona and letting herself get carried away with each track’s cracking percussion and grinding synths. The former song is so sparing at its outset that it’s a genuine shock when two thirds of the way through Sammel gallops in on crashing cymbals and double-time kicks, singing in her highest register, as powerful as she’s ever sounded.

Still, her upgrades in production and sound design are as important to the LP as the stylistic shifts. Take in the separation in her multi-tracked vocals that allows her variations in phrasing to resonate more clearly, or the richness of her organ sounds on “Departing Solstice (Prelude)”, the sort of touches that give her tracks life and dynamism beyond their base construction. It’s also how her music is becoming more identifiably her own: instrumental “In Omnia Paratus” positions her vocals towards the back of the mix, but you can easily identify the ghostly electronic textures and organic drum programming as hers without needing to make out her voice clearly.

Bending the Iron Bough is an easy win for Bedless Bones, taking what worked so well in her work up ’til this point and expanding it with vision and confidence. Like so many of the darkwave artists of the last decade who have been redefining the boundaries of that genre, she situates herself ably as voice, body and spirit of her songs, regardless of the individual musical permutations. Bedless Bones is inimitably and unmistakably herself. Recommended. 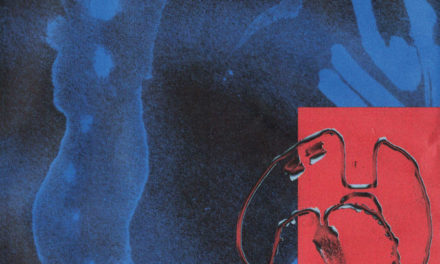